EDPB and ICO respond to the Brexit data transfer window

As most in the data community are aware, the EU-UK Trade and Cooperation Agreement (the “Brexit Deal”) was agreed on Christmas Eve and provides for an interim period (up to a maximum of six months ending on 30 June 2021) whereby data transfers from Europe to the UK will not be treated as transfers to a third country subject to Chapter V of the GDPR following the end of the transition period on 1 January 2021, provided the UK complies with certain conditions during the interim period (discussed in our blog here).

Following this, both the European Data Protection Board (“EDPB”) and the UK’s supervisory authority (the Information Commissioner’s Office (“ICO”)) have issued either updated or new responses which provide some more clarity on areas of focus and what to expect over the coming year.

Prior to the Brexit Deal being agreed, in mid-December the EDPB adopted its ‘Statement on the end of the Brexit transition period’ (here) (the “Statement”) and an ‘Information note on data transfers under the GDPR to the United Kingdom after the transition period’ (here) (the “Information Note”) which highlighted some key considerations of the EDPB.

Following the agreement and implementation of the Brexit Deal from the beginning of 2021, the EDPB has now updated the Statement and Information Note.

In line with Article FINPROV.10A of the Brexit Deal, the update to the Statement and Information Note emphasises that data transfers to the UK can continue to take place without the requirement of a transfer tool under Article 46, or relying on the derogations list under Article 49, until 30 June 2021 (at the latest) provided that the UK’s current data protection regime stays in place.

The EDPB provides no further view on the adequacy of the UK’s data protection regime other than that the timeline for a favourable decision has now been pushed to the end of June. If a favourable adequacy decision is not taken by 30 June 2021, the EDPB emphasises in the Statement and Information Note that transfers between entities regulated by the GDPR to the UK will become subject to Chapter V of the GDPR. This will mean that transfers to the UK will require adequate safeguards such as standard data protection clauses, binding corporate rules, intra-group agreements, codes of conduct etc. to be put in place along with ensuring enforceable data subject rights and effective legal remedies for data subjects as required by Article 46.

The Information Note further reminds controllers and processors that, absent an adequacy decision, from the end of the interim period compliance with other GDPR obligations will come into sharper focus, including:

While not affected by the EDPB’s updates, it is worth noting that the Statement and Information Note also clarify the applicability of the One-Stop-Shop (“OSS”) mechanism envisioned by the GDPR within the UK.

From 1 January 2021, the OSS will not apply in the UK so that the ICO will not be able to act as a lead supervisory authority (i.e. the Brexit Deal did not extend this mechanism). The EDPB notes that it has engaged with supervisory authorities and the ICO to ensure a smooth transition of existing cross-border cases.

The Statement and Information Note goes on to remind controllers and processors that they remain free to establish a main establishment in an EU jurisdiction under Article 4(16) to utilise the OSS mechanism (although the feasibility of this for many entities may well be impracticable). If this is not in place, entities will need to designate a representative under Article 27 as long as their activities are subject to the GDPR under Article 3(2).

In a blog posted on 22nd January (here), the ICO’s Information Commission Elizabeth Denham responded to the Brexit Deal (the “ICO Response”) by welcoming the long-term commitments made by the EU and UK, most notably, to promoting high international standards of data protection, developing a regulatory relationship, and co-operating on enforcement activity.

The ICO Response considered the interim period allowing data transfers between Europe and the UK as the “best possible outcome for UK organisations” in light of the risks and impacts to digital trade if this had not been put in place. However, given this interim period will end in either four or six months under the Brexit Deal, the importance of a positive adequacy decision for UK data flows is clear in the ICO Response, emphasised by the reference to the EU’s commitment to considering the UK’s adequacy position “promptly” in a declaration accompanying the Brexit Deal. Although the ICO Response also sounds the warning that adequacy is not guaranteed and so organisations should be putting in place appropriate safeguards during this window.

Finally, as well as some specific commentary regarding data sharing in the context of law enforcement  and noting that the UK must also notify the EU-UK Partnership Council, as far as reasonably possible, of any new international transfers of personal data between public authorities for international transfers of personal data, the ICO Response also highlights that the process for any decisions in a range of areas (including UK adequacy decisions, approving international transfer mechanisms, or standard contractual clauses) must be put before the EU-UK Partnership Council. Given this requirement, it may be that material departure from the current UK data protection position is unlikely in the imminent future. 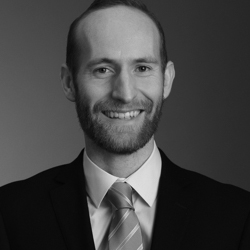 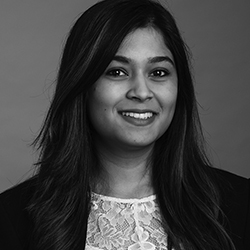