Through the mandatory reference checking scheme (MRC Scheme), the HKMA will establish a common protocol for reference checking to help enhance the disclosure of the employment history of prospective employees to future employers.

The HKMA received a total of seven submissions, including from the Privacy Commissioner for Personal Data, Hong Kong (PCPD).

Having taken into account industry feedback, the HKMA has adopted several key changes to the MRC Scheme since the Consultation Paper was published on 8 May 2020. These changes include:

The HKMA has proposed that an industry working group (IWG) be set up to work out the operational details of the MRC Scheme in accordance with the principles set out in the Consultation Conclusions, including practical guidance on what constitutes reportable information. Further detail is set out below.

The IWG is expected to deliver the operational details by November 2021. The HKMA has not confirmed the precise timeline for implementation of Phase 1 of the MRC Scheme, and has instead said that the IWG may further deliberate on the detailed implementation timeline in consultation with the HKMA.

HSF has been working closely with ASIFMA in providing comments to the HKMA’s Consultation Paper, many of which were taken up by the HKMA.

We will be holding a joint webinar with ASIFMA to share our insights on how the HKMA’s MRC Scheme will impact the banking industry in Hong Kong, and what we can expect from the regulator moving forward.

As mentioned in our 12 May 2020 bulletin, the HKMA has proposed that there be two phases of implementation of the MRC Scheme, with Phase 1 covering the following senior management positions:

In addition, the HKMA has added to Phase 1 responsible officers (ROs) approved under the Mandatory Provident Fund Schemes Ordinance (MPFSO) and ROs under the Insurance Ordinance (IO), on the basis that ROs under the IO and MPFSO are important roles in authorised institutions (AIs) who are usually expected to be appointed on a long-term basis.

In the initial Consultation Paper, Phase 2 was envisioned to be significantly broader than Phase 1, covering AI employees heading key supporting functions or who have client facing or sales responsibilities (where any misconduct by them would have a direct impact on end customers).

Following industry feedback, the HKMA has made welcome changes to refine the scope of Phase 2, by removing heads and deputy heads of key supporting functions, as well as client facing staff who provide general banking services and products (ie, bank branch managers, tellers and customer relationship representatives). The HKMA has now specified that Phase 2 will only cover “individuals who are registered or licensed with financial regulators” (who are not otherwise captured by Phase 1 of the MRC Scheme). In other words, the revised coverage of Phase 2, in addition to personnel covered in Phase 1, would be:

The Consultation Paper initially proposed that the duration of reference check information should cover the prospective employee’s employment records in the previous 10 years up to the date of application for employment. This is consistent with the HKMA’s existing requirement that applicants for directors, CEs, ACEs and EOs of AIs disclose information relating to the past 10 years of employment.

However, the HKMA is of the view that the period can be reduced to 7 years for both Phase 1 and Phase 2 employees (subject to further deliberation of the IWG), to align with existing industry practice around employment record retention. The IWG may work out suitable transitional arrangements for AIs which may not have retained records for a 7 year period upon the implementation of the MRC Scheme.

Information to be provided by current or former employers

In contrast to the SFC’s internal investigation disclosure obligation, the HKMA has proposed a materiality threshold for matters disclosed in these references. Whilst the HKMA is of the view that a quantifiable threshold of severity may not be applicable in all circumstances, the HKMA agrees that reportable information should be confined to that which is material or serious in nature and should generally fall under the following categories:

The HKMA has said that more practical guidance on what constitutes reportable information can be further deliberated by the IWG.

In respect of provision of updates related to ongoing investigations, the HKMA has stated that reference providing AIs should provide an update to a recruiting AI on concluded investigations within one month after the cases are concluded.

The Consultation Paper discusses whether there would be any legal or regulatory consequences for recruiting AIs who choose to hire an individual despite negative MRC information and past misconduct. In this regard, the HKMA has noted that except for the appointment of senior positions that require regulatory approvals, AIs will have full discretion over their employment decisions. If AIs hire an individual notwithstanding negative MRC information, AIs should document the rationale and justification for the hiring decision.

Opportunity to be heard

The HKMA also noted that “most of the respondents considered that AIs should not be obliged to provide an opportunity to be heard to the prospective employee” on the grounds of possible tipping off, compromising the quality of ongoing investigations and the potential breach of secrecy obligations.

However, the HKMA has maintained that on the grounds of fairness, an opportunity to be heard should generally be provided to prospective employees, including but not limited to cases where the misconduct incident has been substantiated, or where external or internal disciplinary actions have been taken against the individual. From an employment law perspective, AIs should be aware of the risk that this may practically lead to the previous investigation being reopened, or complaints of unfair processes from the individual employee in question.

As for cases where there are legal impediments for disclosure to the prospective employee in the course of providing an opportunity to be heard (such as alleged misconduct cases that are still under confidential investigation, cases involving sensitivity concerning secrecy or potential tipping off, and cases with other potential legal implications), the HKMA has said that it would be appropriate for the proposed IWG to consider the practical issues in more detail taking into account views from the PCPD.

Timeframe for responding to MRC request

The HKMA has extended the timeframe for reference providing AIs to respond to an MRC request from 10 working days to a month (from the day the MRC request is made by the recruiting AI). This change is in response to industry feedback which suggested that 10 working days would not be sufficient for AIs with a lean HR department, where handling of staff records involve multiple functional departments.

The recruiting AI would be considered to have discharged its obligations under the MRC Scheme if it does not receive any MRC information from the reference providing AI after one month or a longer period mutually agreed by both parties.

As mentioned above, the HKMA has proposed that the Hong Kong Association of Banks set up the IWG to work on the operational details of the MRC Scheme.

Specifically, the HKMA has suggested that the IWG can:

Timeline and next steps

The IWG is expected to deliver the operational details of the MRC Scheme by November 2021 (ie, within 6 months of the publication of the Consultation Conclusions). On the timeline for the implementation of Phase 1 of the MRC Scheme, the HKMA noted the industry’s request for a transition period to commence upon the HKMA’s endorsement of the operational details proposed by the IWG so as to allow sufficient time for AIs to set up their internal processes and procedures for the MRC Scheme. However, the HKMA has not confirmed the precise timeline and has instead said that the IWG may further deliberate on the detailed implementation timeline of the MRC Scheme in consultation with the HKMA.

From an employment law perspective, employers will need to revisit practices from the hiring to separation phases during the transition period. This will include processes and documentation relating to conditional offers of employment, collection and use of personal data, document retention and data access requests and confidentiality and separation agreements. 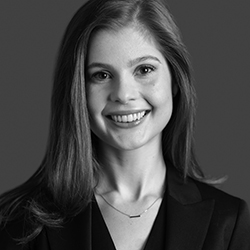