On 14 October Spain’s Official State Journal (BOE) published two new Royal Decrees on equality: Royal Decree 902/2020, of 13 October, on equal pay between women and men (RD 902/2020) and Royal Decree 901/2020, of 13 October, which regulates equality plans and their registration and which modifies Royal Decree 713/2010, of 28 May, on the registration and filing of collective employment agreements and collective bargaining agreements (RD 901/2020). The new regulations will have a significant impact on companies as they implement a number of obligations that had been included in Royal Decree-law 6/2019, of 1 March, on urgent measures to ensure the equal treatment of and equal opportunities for women and men in employment and in the workplace (“RD 6/2019), such as establishing a payroll record or lowering the thresholds for requiring companies to negotiate an equality plan, and imposing obligations on companies to implement a series of specific measures.

It should be pointed out that RD 902/2020 will enter into effect 6 months after it was published in the BOE (i.e. on 14 April 2021) while RD 901/2020 will do so 3 months after it was published (i.e. on 14 January 2021). This will give companies a transition period within which to prepare and plan the measures necessary to comply with the new regulations.

RD 901/2020 regulates equality plans and brings in measures aimed at preventing any kind of discrimination between men and women, fosters working conditions to avoid sexual harassment and harassment on account of gender and establishes specific procedures to prevent them; it also provides grievance and whistleblowing channels for victims.

Equality plans that were already in place when RD 901/2020 enters into effect must be adapted, after a negotiation procedure has taken place, to bring them into line with the provisions of the regulation by 14 January 2022.

The main aim of RD 902/2020 is to regulate equal treatment and non-discrimination in terms of pay, using pay transparency mechanisms that make it possible to obtain efficient and significant information on the value given to pay, thus preventing salary discrimination; it is mandatory for all companies, collective employment agreements and collective bargaining agreements.

From a practical perspective, companies must take into account the following when RD 902/2020 enters into effect:

(i) having to conduct a review into the current salary situation at the company; and

(ii) having to establish an action plan to correct and possible inequalities in pay.

Collective bargaining agreement must at the same time ensure equal pay for jobs with the same value, making sure that there is no gender discrimination in the pay received by professional groups. 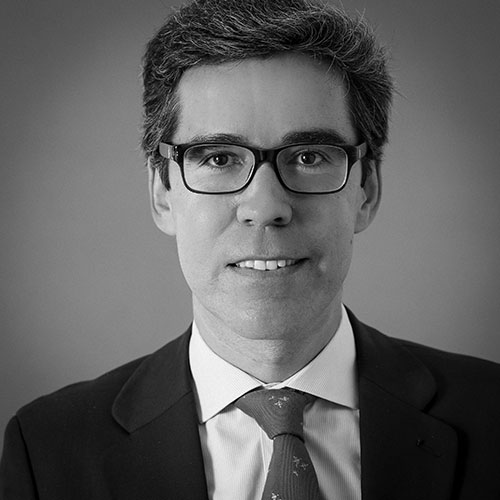 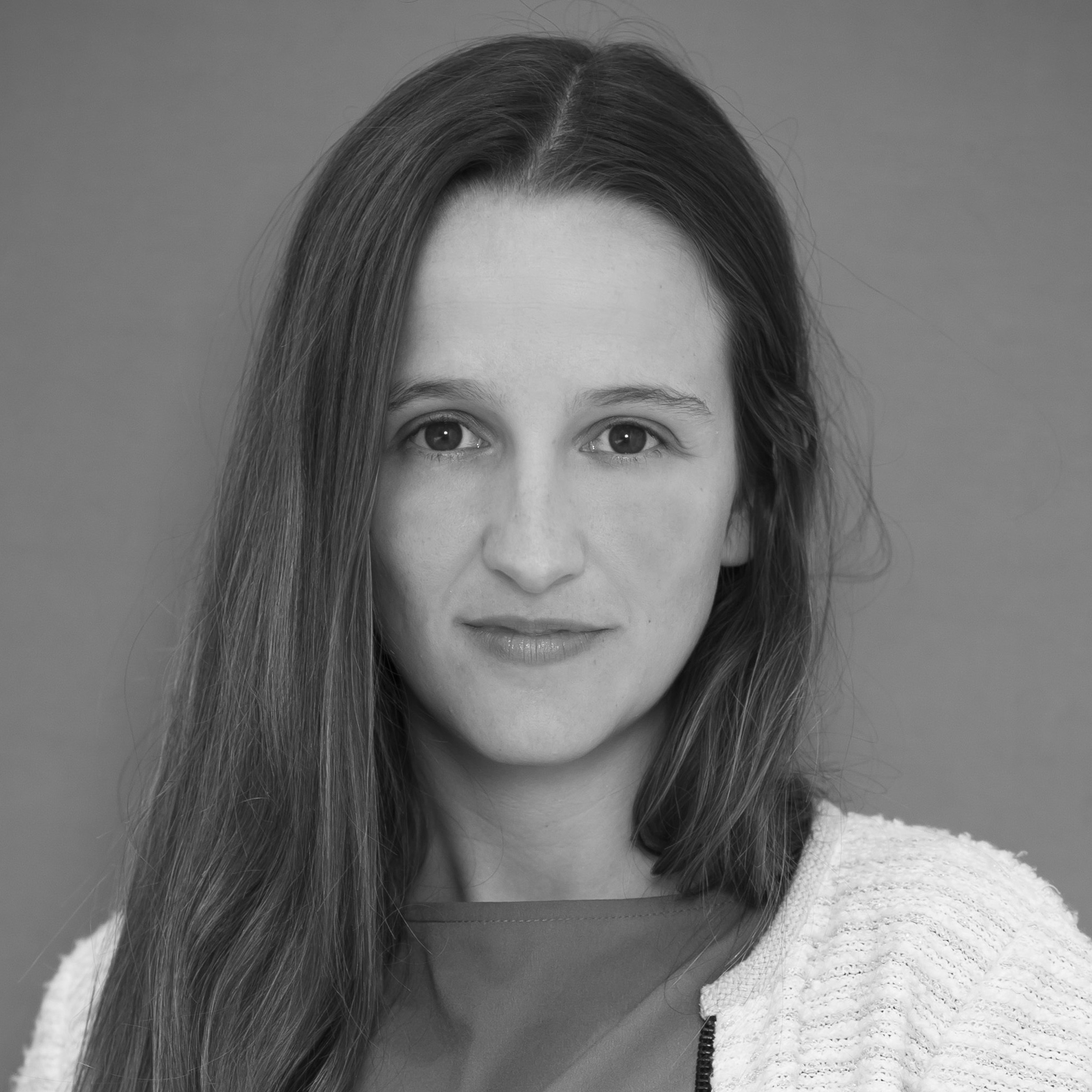 The Court of Appeal has held that an employer can in principle continue to rely on a valid material factor defence to an equal pay claim for a period after the date of the initial decision – the material factor does not simply evaporate due to the passage of time. It may continue to be the cause of the continuing pay difference and therefore provide a defence, even if it may no longer justify the difference.

The employer had carried out a job evaluation study identifying a pay disparity in the claimant’s salary, but had successfully established a material factor defence explaining the pay one year earlier. The defence relied on four factors explaining why male comparators in the employer’s executive team were paid more than the claimant in her role as Group Chief HR Officer at the earlier date: market forces, executive experience, flight risk and the importance of the role to the immediate survival of the employer. The tribunal had found that the defence had ceased to be relevant at some point part way through the year prior to the job evaluation study, but the EAT ruled that the employer’s defence continued to operate until a further decision or omission to decide pay could be identified. On the facts there had been no pay round in the intervening period, and the claimant had not made any request for her pay to be reviewed.

The Court of Appeal agreed that the tribunal had erred. The tribunal’s conclusion overlooked the fact that in respect of each of the comparators there was at least one material factor (market forces, executive experience, or flight risk) which remained causative of or which explained the difference in pay at the end of the year. The Court emphasised that a material factor need only explain the cause of the difference, it does not need to be fair or to justify it to be relied upon, provided it caused that difference and is not ‘tainted by sex’.

The Court did not accept that the employer was under a duty to keep comparative pay under continuing review once the business rescue plan had started to succeed.

Males LJ also considered that the tribunal had failed to make a finding that the claimant was employed in work of equal value at the earlier date, and therefore the issue of material factor should not have arisen.

Equal pay claims must be brought within 6 months of the end of employment or, if the employee has worked on a series of different contracts, from the end of the “stable working relationship”.  The EAT in Barnard v Hampshire Fire and Rescue Authority ruled that a promotion to a new managerial role did not break the stable working relationship, given that there was a natural and incremental progression within the same department entirely consistent with the continuity of the relationship.  The employee was therefore not out of time to bring equal pay claims in respect of her earlier roles prior to her promotion.

The EAT in Co-operative Group Ltd v Walker has confirmed that an employer’s valid material factor defence to an equal pay claim continued to apply until the employer made a further pay-related decision, or omitted to do so having become aware of a pay disparity. The employer had carried out a job evaluation study identifying a pay disparity in the claimant’s salary, but had successfully established a material factor defence explaining the pay one year earlier. The tribunal considered that this meant the defence had ceased to be relevant at some point part way through the year, but the EAT ruled that the employer’s defence continued to operate until a further decision or omission to decide pay could be identified. On the facts there had been no pay round in the intervening period, and the claimant had not made any request for her pay to be reviewed.

Note that an appeal is due to be heard by the Court of Appeal in July 2020.

In July 2019 the Government published its response to a consultation on extending redundancy protections to those on family leave, but without specifying any particular timetable for doing so.

Currently women on maternity leave are given priority over any suitable alternative vacancies should their role be made redundant. An employer’s failure to offer any such available vacancies renders the consequent redundancy dismissal automatically unfair. The Government has committed to extend this right of priority over vacancies to apply from the point at which the employee notifies the employer – whether orally or in writing – that she is pregnant, until six months after the end of maternity leave (even if the mother does not immediately return to work due to taking another form of leave at that point).

The Government will also establish a taskforce of employer and family representative groups to make recommendations on improvements to the information available to employers and families on pregnancy and maternity discrimination, and to develop an action plan to facilitate pregnant women and new mothers staying in work.

The Government Equality Office has published Gender equality at every stage: a roadmap for change, which mentions some of the initiatives above but also confirms plans to consult on a new right to carers’ leave, review the enforcement of equal pay legislation (including consideration of when mandatory equal pay audits could be appropriate), and assess the effectiveness of gender pay gap reporting with consultation on any changes by 2021. The roadmap also mentions the possibility of requiring employers to publish retention rates for employees returning from parental leave.

The Court of Appeal has given two rulings in the long-running equal value claim against Asda, in both cases ruling on preliminary points in favour of the store workers claiming equal pay with distribution depot workers. The claims will now proceed to determine whether the roles are of equal value and, if so, whether the employer has a ‘genuine material factor’ defence (ie, a reason for the pay difference which is not tainted by sex discrimination). END_OF_DOCUMENT_TOKEN_TO_BE_REPLACED

END_OF_DOCUMENT_TOKEN_TO_BE_REPLACED

The use of length of service as a criterion for pay may indirectly discriminate against women and therefore require objective justification to be lawful (particularly long pay scales are likely to face more of a challenge). However the mere fact that women are clustered at the lower end of a pay scale and men in the same grade are clustered at the higher end is not sufficient in itself to establish that an employer’s use of length of service as a pay criterion puts women at a particular disadvantage.  The EAT held in McNeill v HMRC that women were not put at a particular disadvantage as the average pay figures showed no significant differences between pay for men and women in the same pay grade.

The EAT also made clear its obiter view that old case law (Armstrong v Newcastle upon Tyne NHS Hospital Trust), which suggested that an employer could avoid the need to show objective justification if it could show a non-discriminatory underlying reason for any disparity, is no longer good law, following the Supreme Court ruling in Essop v Home Office. Once a claimant can show that a practice puts a protected group at a particular disadvantage, the practice in question must be justified and there is no need first to establish why the protected group is disadvantaged.  If followed in other cases, this would make clear that equal pay cases should be approached in the same way as other indirect discrimination cases.

The Fawcett Society has published its Sex Discrimination Law Review, calling for:

END_OF_DOCUMENT_TOKEN_TO_BE_REPLACED

The 4th April 2018 deadline for publication of employers’ first year of gender pay gap data is looming, yet over 90% of employers covered by the new statutory duty have still not reported. Many may have deliberately chosen to publish close to the deadline, perhaps in the hope that in the early April deluge their data will slip unnoticed through the net of media attention. Whether this strategy will itself attract negative publicity may depend on whether the GEO goes ahead with its original plan to publish three lists of employers “in early 2018”: those who have reported, those who have “demonstrated that they are on track to report” by registering on the government website (possibly as at 31 January), and those who have not yet registered. Employers who are not yet ready to publish may want at least to register to avoid being on the third list.

END_OF_DOCUMENT_TOKEN_TO_BE_REPLACED

On 30 March 2017 the German Parliament (Bundestag) passed the Act to Promote Transparency of Pay Structures (Entgelttransparenzgesetz). The objective of this act is an achievement of the pay equity between men and women, who perform the same work or work of equal value. It is expected that the act will come into force this summer (immediately on the day after its promulgation).