These orders are subject to consultation for 21 days before being confirmed.

Provisional and final orders are made where a supplier is in breach of its licence conditions and its obligations under the Electricity Act 1989. Final orders are made following investigation by Ofgem of the breach, and imposes a requirement to remedy the breach within a specified timeframe. Failure to do so can result in the supplier’s licence being revoked and its customers transferred.

It had been reported that 24 suppliers failed to discharge the Renewables Obligation in August, with all but these 7 suppliers having now remedied the default or provided assurances to Ofgem that they will be in a position to remedy.

A number of these suppliers were also in default of their RO mutualisation payment for the 2018 – 2019 obligation period (which requires suppliers to pay Ofgem any shortfall resulting from the default of other suppliers) and Feed-in Tariff (FiT) levelisation payments (which spreads the cost of the FiT scheme across licenced suppliers).

The total amount owing across the RO and FiT scheme is £34 million.

The default by these suppliers may result in reduction of the level of any ‘recycle’ payable to compliant electricity suppliers or a mutualisation obligation requiring compliant suppliers to make further payments to Ofgem to make up the shortfall.

These orders demonstrate the financial pressures faced by smaller suppliers, having won customers with the promise of lower electricity tariffs. This is particularly the case for local council founded suppliers such as Robin Hood Energy, which transferred 112,000 customers to British Gas earlier this year after substantial losses, and which was followed by the sale of Bristol Energy (another local council founded supplier) to Together Energy and Yü Energy in August and September.

It also illustrates Ofgem’s tough stance on non-compliant suppliers which threaten the stability of the RO and FiT schemes. Each order presents a clear warning to all suppliers:

“The Authority reiterates that compliance with regulatory obligations, including financial obligations, is not optional. Suppliers must meet these obligations in full and on time. The Authority is not in the business of providing commercial credit to suppliers and will not do so. The RO scheme has been in place since 2002 and there is no excuse for suppliers not to be aware of their obligations and ensure they are in a position to meet them…” 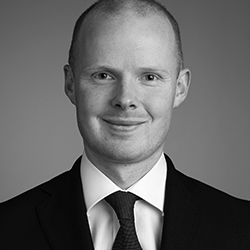