Reducing greenhouse gas emissions by 55% by 2030 entails a significant increase in the share of energy production from renewable sources in order to develop an integrated energy system.

In light of the new targets, the 32% share of renewable energy to be developed by 2030 set by the Renewable Energy Directive (RED II) is no longer sufficient and it will have to be increased to 38%-40%, according to the Climate Target Plan forecasts.

At the same time, it will be necessary to implement a series of cross-cutting measures in different sectors, in line with the energy system integration and the strategies for the development of hydrogen, offshore renewable energy and biodiversity.

In a nutshell, the objectives of the revisions proposed for RED II are to increase the use of energy from renewable sources by 2030, to foster a better integration of the energy system and to contribute to climate and environmental objectives, including the protection of biodiversity, also providing a response to the intergenerational concerns associated with global warming and the loss of biodiversity.

The revision of RED II is essential for two reasons: (i) to achieve the climate objective, and to protect the environment and health, and also (ii) to ensure Europe’s energy independence from third countries and contribute to the creation of a strong technological and industrial leadership of the European Union, capable of supporting employment and economic growth.

In the European Commission’s view, acting at a European level, developing renewable energy policies common to all Member States is certainly more efficient and effective than individual actions by Member States and can jointly address the transition of the European energy system in a coordinated manner, avoiding excessive fragmentation of legislation and regulation and providing investors with greater certainty and stability.

Moreover, joint action ensures a net reduction in greenhouse gas emissions and pollution, protects biodiversity and exploits the advantages of the internal market, economies of scale and technological cooperation. In any case, the achievement of a higher share of energy produced from renewable sources will depend, in a final analysis, on the national contributions of each Member State: the more ambitious and cost-effective these are, the more effective the agreed common legal and political framework will have been.

In particular, the Commission considers it necessary for Member States to take action to simplify the authorisation procedures for the construction of renewable energy plants.

In the context of public consultations that preceded the publication of the ‘Fit for 55’, stakeholders pointed out that the lack of simplification of permits and administrative procedures is still the greatest barrier to the development of renewables. Simplifying administrative procedures would facilitate the phasing out of fossil fuels. In this regard, it should be noted that RED II had already introduced clear deadlines for the conclusion of authorisation procedures (generally two years), a single point of contact for applicants as well as the adoption of clear guidelines procedures. Through these provisions, which represent the political compromise reached in the RED II adoption phase, the aim was to tidy up the complex and time-consuming national procedures, which often bear disproportionate deadlines and rules.

The provisions of RED II, to date, have not been implemented in Member States (the transposition deadline was set for 30 June 2021). Therefore, despite requests from industry, the Commission has deemed premature to amend these specific provisions of RED II before any assessment of national implementing regulations can be carried out.

Obligations to minimise the risks of unnecessary market distortions resulting from support schemes and to avoid supporting certain raw materials for energy production in line with the cascading principle are strengthened. It is also introduced the obligation to phase out, with some exceptions, support for electricity production from biomass from 2026.

Member States are obliged to implement a cross border pilot project within three years and to cooperate on the amount of offshore renewable generation to be deployed within each sea basin by 2050, with intermediate steps in 2030 and 2040.

Other proposals regard enhancing energy system integration between district heating and cooling (DHC) systems and other energy networks, by requiring Member States to develop efficient DHC to promote heating and cooling from renewable sources (RES). In order to facilitate system integration of renewable electricity, the following measures are provided:

The recast of RED II also provided for an extended set of measures to force Member States to ensure the accessibility of measures to all consumers, in particular those in low-income or vulnerable households, who would not otherwise possess sufficient up-front capital to benefit.

RED II is also amended by increasing the ambition level of renewables in transport by setting a 13% greenhouse gas intensity reduction target, increasing the sub-target for advanced biofuels from at least 0.2% in 2022 to 0.5% in 2025 and 2.2% in 2030, and introducing a 2.6% sub-target for renewable fuels of non-biological origin.

This proposal also introduces a credit mechanism to promote electro-mobility, under which economic operators that supply renewable electricity to electric vehicles via public charging stations will receive credits they can sell to fuel suppliers who can use them to satisfy the fuel supplier obligation.

The scope of the European Union database is extended so that it can cover other fuels, and not only those in the transport sector. This will enable the tracing of liquid and gaseous renewable fuels and recycled carbon fuels as well as their life-cycle greenhouse gas emissions. The database is the monitoring and reporting tool where fuel suppliers must enter the information necessary to verify their compliance with the fuel suppliers’ obligation. 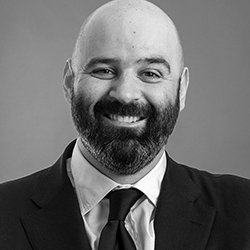 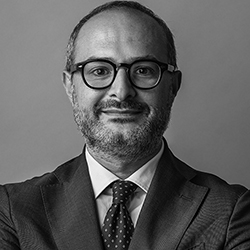