There is an ongoing global energy crisis with record prices for natural gas, coal and electricity. One aspect specific to the UK, particularly for the large number of energy suppliers that have ceased trading this year (21 as of the date of this briefing), is the supplier of last resort mechanism that has kicked in. Also see our briefing here which looks at the default tariff cap which is one of the factors which has aggravated the financial position of a number of energy supply businesses. Energy suppliers and their creditors must notify Ofgem before entering into certain insolvency proceedings Before an energy supply company or their creditors can enter into certain insolvency processes they must serve a minimum 14 days’ notice to Ofgem and the Secretary of State for the Department for Business, Energy and Industrial Strategy. During this time, Ofgem requests information from the supplier in financial distress and potential suppliers of last resort and assesses whether to (in order of preference, subject to practicability):

Energy Supply Company Administration Ofgem and/or the Secretary of State will only make an application for an energy supply company administration order if a supplier of last resort approach would not be practicable – in particular where the supplier is large. There is no threshold for ‘large’ in this context.It depends on variables beyond number of customers (including the robustness of potential SoLRs at the time). However, with the ‘Big 6’ having been partially superseded, it might now mean British Gas, E.ON, OVO, EDF Energy, Scottish Power, Octopus and Bulb Energy. It is a special administration regime where the special administrator, unlike an ordinary administrator, has an obligation to consider consumers’ interests as well as creditors to ensure the uninterrupted and safe operation of essential services. Provisions for this regime were included in the 2011 Energy Act, but it has not yet been used as all cases have so far been able to be dealt with via the supplier of last resort mechanism. Amongst other things, the regime allows the government to provide grants or loans for energy administrators to finance the company’s activities during this period. There are mechanisms to recover such funding from the company, or to the extent it cannot repay, via a cost recovery mechanism with the costs borne by electricity suppliers and gas shippers. The rest of this briefing considers situations where Ofgem considers that a SoLR is necessary (but not an energy supply company administration). On what basis will Ofgem choose a SoLR? Potential SoLRs are under a regulatory obligation to provide the information requested by Ofgem and need to be able to respond extremely quickly. Potential SoLRs have 4-6 hours to provide all the information requested according to Ofgem’s guidance. Outside the specific process, energy suppliers are asked to regularly update Ofgem whether they wish to be considered as a potential SoLR. However, Ofgem has the power to appoint as a SoLR a company which hasn’t volunteered, so it sends information about the failed supplier’s portfolio to all potential SoLRs. Depending on the circumstances of the failure, Ofgem may adjust the factors it considers when appointing a SoLR. Factors likely to be relevant are set out in Ofgem guidance and include whether a supplier:

What happens after a SoLR is appointed? The SoLR takes over the customers of the failed supplier from the moment the failed supplier’s license is revoked ensuring continuity of supply. Within a reasonable timeframe, the appointed SoLR must inform these customers that their original supplier stopped supplying energy to them and it is now their new supplier. It also states the tariffs it will charge which at the current time is very likely to be the default tariff cap rates for electricity and gas. Customers are free to switch to another supplier. What cost recovery might be available to SoLRs? Ofgem’s preference is for a SoLR who agrees at the outset not to claim costs. Indeed, in normal times there are expected to be substantial commercial benefits to becoming a SoLR due to obtaining extra customers. However, there are extra administrative and other costs and Ofgem has often allowed recovery of extra costs (in particular, for example, costs of protecting credit balances of customers of the failed supplier) on a case-by-case basis where the SoLR had not waived its right to make a claim. Ofgem must consider such claims to be reasonable and “additional, directly incurred as part of the SoLR role, otherwise unrecoverable, unavoidable and efficient.” Even where such costs are met there is uncertainty and delay which has cash flow and other implications for SoLRs. Any such costs would be reimbursed via a levy on gas transporters and electricity distributors’ Distribution Use of System (DUoS) charges . These costs are ultimately borne by consumers. What particular concerns do potential SoLRs face in the current energy crisis? The costs energy suppliers face for electricity and gas, based on the market wholesale prices available now exceed the default tariff rate that they are allowed to charge consumers. So aside from any other costs of being a SoLR, any SoLR taking over customers at the current time will face losses on supplying energy to any new customers except to the extent that they have longer term contracts in place and/or other hedging strategies with sufficient volumes to cover the extra consumers. This makes the current situation particularly challenging for any energy suppliers except those with the most robust balance sheets. Ofgem’s response to the energy crisis On 29 October Ofgem wrote to all energy suppliers about actions it would take in response to the current energy crisis. In relation to the SoLR mechanism the Ofgem letter:

It also announced that there would be a consultation on the default tariff cap in November 2021 with a decision in February 2022 in time for the new price cap period from 1 April 2022. Ofgem’s letter falls short of the substance and urgency called for by many of the smaller and more at risk energy suppliers who argue that the current regulatory set up is not adequate for the current crisis and further support is required even for efficiently run companies. On the other hand some of the larger and less at risk suppliers welcome the approach which they see as reflecting that risky strategies are to blame for the extraordinary number of supply company failures. 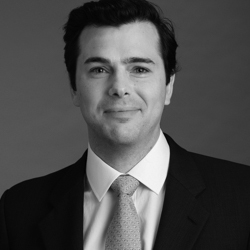