HSF has advised Aquind (developer of the Aquind electricity interconnector) on its successful appeal before the General Court of ACER’s decision to reject an application for exemption pursuant to Article 17 of Regulation (EC) No 714/2009 (the “Electricity Regulation”). In particular, the General Court found that ACER’s Board of Appeal had (i) incorrectly limited its … Read more 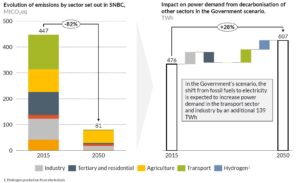 The challenges of climate change seem to be taking a back seat to economic stimulus. However the process of decarbonising the economy should begin to pick up steam given the ecological origins of the health crisis, the call from 12 countries (including France) to make the Green Deal “a roadmap to responding to the economic crisis”, and the publication on 23 April 2020 of the decree adopting France’s low carbon strategy for achieving carbon neutrality in 2050. Read more
Something has gone wrong. Please try again.
Subscribe