Proponents of new and expansion coal mine projects face increased scrutiny to facilitate ecologically sustainable development and ensure that the cost of environmental effects is not disproportionately borne by future generations.

The Project was expected to produce around 124 million tonnes of run-of-mine (ROM) coal over a period of 25 years and promised to create 470 new jobs.

The Statement of Reasons for Decision issued by the IPC states significant concerns around the long-term environmental impacts of the Project, including the incompatibility with the principles of ecologically sustainable development (ESD), inadequate greenhouse gas (GHG) emissions minimisation strategies and other issues such as agriculture, groundwater and heritage impacts.

This decision can be seen as a step in the evolution of climate change regulation in Australia. It is of particular relevance to proponents in NSW, but is of broader significance to proponents and operators of facilities that have potential to result in long-term and inter-generational environmental impacts, particularly mining, energy and resources projects.

The Project was initially proposed in July 2015. In October 2018, the NSW Department of Planning, Industry and Environment (DPIE) referred the Project to the IPC for determination and recommended approval of the Project, as modified under a revised mine plan. The IPC disagreed and refused the Project.

Lack of GHG emission minimisation and no offset measures

Despite a reduction in GHG emissions under the revised mine plan, the IPC held that KEPCO had not minimised Scope 1, 2 and 3 GHG emissions to the “greatest extent practicable”, as required under clause 14(1)(c) of the State Environmental Planning Policy (Mining, Petroleum Production and Extractive Industries) 2007 (Mining SEPP). Further, the IPC found that KEPCO did not propose any offset measures to reduce GHG emissions.

In its consideration of the climate change impacts of the Project, the IPC referred to the recent judgment of Preston CJ in Gloucester Resources Limited v Minister for Planning [2019] NSWLEC 7 (Rocky Hill). Rocky Hill was a recent landmark decision of the NSW Land and Environment Court, which refused consent to the proposed coal mine partially on climate change grounds (see our commentary on Rocky Hill here).

KEPCO and DPIE submitted that if the Project was refused, KEPCO would have to seek an alternate source of coal, of potentially inferior quality, thus increasing its environmental impacts. However, the IPC referred to Rocky Hill and stated that “an unacceptable impact does not become acceptable because the Applicant may end up pursuing alternative development that has unacceptable impacts”.

DPIE also stated that the NSW Government’s Climate Policy Framework to reduce GHG emissions to net zero by 2050 has no bearing on the IPC’s determination. However, the IPC rejected this submission and held that clause 14(2) of the Mining SEPP required the IPC to have regard to “any applicable State or national policies, programs or guidelines” concerning GHG emissions.

No consistency with ESD

The IPC determined that neither the Project nor the Revised Project was consistent with the principles of ESD under section 6(2) of the Protection of the Environment Administration Act 1991 (NSW).

The IPC did not accept the claim that the Project site could be rehabilitated to biophysical strategic agricultural land (BSAL) equivalent land. The IPC stated that the cited examples of rehabilitation were too small, too recent and too limited in scope and management regimes to be taken as reliable illustrations of long-term, large-scale BSAL rehabilitation.

The IPC held that there was uncertainty around the impacts on environment associated with rehabilitation of BSAL and the recovery of aquifers. Due to this, the IPC found that the claim was not substantiated.

The IPC found that other negative impacts of the Project would include impacts on the aesthetic, scenic, heritage and natural landscape significance of the Bylong area and Tarwyn Park. It was also held that the Project increases the likelihood that productive agricultural land would be adversely impacted and there would be long term impacts on groundwater.

We set out below some key takeaways for proponents of State significant mining projects in NSW.

Direct and indirect (upstream and downstream) GHG emissions must be assessed

Following the Rocky Hill decision, the IPC’s decision confirms that both direct and indirect GHG emissions (ie Scope 1, 2 and 3) are a key consideration in the determination of mining projects.

It is clear that proponents must engage with all relevant State policies, programs or guidelines on GHG emissions. In particular, the interactions of the Mining SEPP and NSW Government’s Climate Policy Framework require proponents to assess and clearly demonstrate how Scope 1, 2 and 3 GHG emissions have been minimised to the “greatest extent practicable”.

Offsets for non-carbon neutral projects must be considered

The minimisation of GHG emissions to the “greatest extent practicable” is a high evidentiary threshold for proponents of State significant mining projects.

Proponents seeking consent for new or expansion GHG emitting projects will need to consider specific offset measures to reduce Scope 1, 2 and 3 GHG emission impacts. Further, the recent Rocky Hill decision highlighted the need for proponents to avoid “speculative and hypothetical” sources of reducing GHG emissions. In light of this, any proposed offset measures must be certain and measurable options to “net out” GHG emissions (eg reafforestation or afforestation of land).

Comprehensive assessment of impacts is required

The IPC pointed to a number of deficiencies in the assessment of environmental impacts under SSD 6367.

For example, it was noted that the assessment of Aboriginal cultural heritage had not been greatly advanced leading up to the determination of the Project. Accordingly, the IPC held that they could not form a view on Aboriginal heritage impacts.

This illustrates a clear need for proponents to appropriately scope and update any technical assessments to provide comprehensive information in support of a State significant application. The IPC’s determination highlights a key project risk if technical documentation is not responsive to the requirements of a consent authority.

Mitigation measures must be supported with evidence

The IPC found that certain conclusions drawn in respect of the Project were not supported by sufficient evidence.

For example, the IPC found that groundwater impacts were unacceptable for reasons that include uncertain and insufficient information on satisfying aquifer interference ‘make good’ requirements. The IPC held this position despite an independent assessment confirming the groundwater assessment for the Project was defensible and consistent with other similar projects.

Proponents must ensure that any proposed mitigation measures are supported by clear evidence to allow for a consent authority to properly consider the environmental impacts of a project.

Proponents of mining and other projects in Australia with long-term environmental impacts should consider the above principles and address to the extent appropriate, including: 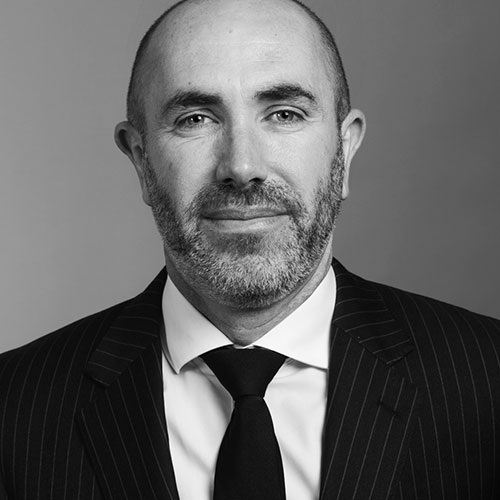