The Victorian Civil and Administrative Tribunal (VCAT) has provided insights into relevant considerations for proposed solar farms in three recent decisions, in which three of the five projects considered were refused. Only a handful of cases regarding proposed solar farms have been heard before the Tribunal, with four earlier solar projects in the Shepparton area being considered by a Panel in May 2018 following those applications being called in by the Minister for Planning.

Given a common theme of issues appeared to emerge in all previous cases, particularly around the tension between conflicting polices for the protection of agricultural land and the promotion of renewable energy, an increasing need for guidance in the sector became evident. This tension is inevitable given such projects are inherently attracted to farming zoned land due to, amongst other reasons, the need for large land requirements and proximity to a grid connection. Accordingly, DELWP has recently released the Solar Energy Facilities Design and Development Guideline (Guidelines), which were introduced into the Victorian Planning Provisions (VPPs) with a number of other changes via Amendment VC161. This brings Victoria in line with other jurisdictions, including Queensland and New South Wales, which also have solar farm planning guidelines in place.

The three recent cases are summarised below:

The key takeaways and reasons for refusal from these cases are outlined below.

While not a reason for refusal in itself, the Tribunal has now in a number of solar farm cases noted the insufficiency of detail in application plans and/or the provision of piecemeal information about a proposal during the hearing process, making the assessment of the application difficult.1 The balance between the need for detail on the one hand, and the need for flexibility on the other, can be complex for these particular projects which typically operate on an EPC model, meaning that much of the detailed design is resolved only after planning approval has been obtained.

Bookaar was refused primarily on the basis that technical work was not done which the Tribunal considered was necessary to have before it to enable a proper assessment of the proposal, in this case being detailed hydrological and bushfire assessments. While the applicant contended that these assessments could be required by and dealt with through permit conditions, the Tribunal found that these were threshold issues that needed to be resolved as part of the planning approval, as resolution of those issues could impact on design, layout and operation of the facility.2

This has taken the requirement for sufficient information during the assessment and hearing process one step further, with the Tribunal determining which matters are material to its balanced assessment of an application for a major project. The insertion of application requirements in Clause 53.13 to the VPPs, as well as information set out in the Guidelines, will now assist solar developers to address relevant requirements at the application stage.

The refusal of the two projects in Powervault was due to the inability of those projects to overcome the strong policy position set out in the Mildura planning scheme for the protection of agricultural land that is productive and significant in the regional and local sense which, in particular, includes irrigated land. This is despite:

The Tribunal found that these sites have the potential for production in the future and so should be protected for this overriding purpose. The third site considered by the Tribunal in Powervault was granted a planning permit for a solar farm due to previous works carried out on that site, significantly diminishing the opportunities to effectively farm the land.

While renewable energy projects have strong policy support in the VPPs and the Victorian government’s (recently increased) renewable energy target, the location of these facilities within irrigated agricultural farmland raises a number of concerns. The above cases can be compared with the applications for the four projects around Shepparton which were considered by a Panel in May 2018. Three of the four waited until August 2019 to receive planning approval, due to the further work undertaken regarding the region’s irrigation infrastructure.

It could be queried whether the outcome in Powervault may have been different had the relevant policy in the planning scheme not been so strong towards the protection of significant agricultural land, particularly within the irrigation district, however it is worth noting that:

These matters will set the bar high for future non-agricultural projects (including renewable energy projects) seeking to obtain planning approval in these areas.

It is evident this has also been an issue facing projects in Queensland, where the Planning and Environment Court of Queensland addressed similar concerns in the cases for the Mirani Solar Farm and Kingaroy Solar Farm.

It is important to note that each of the above Victorian decisions were issued either prior to the approval of Amendment VC161, or with the relevant transitional provisions applying – as a result the Guidelines and other matters now established within the VPPs were not considered. It therefore remains to be seen how the Tribunal’s assessment of the above cases may be applied to future solar farm cases.

We have extensive experience in approvals for renewable energy projects. If you would like to discuss your project with us, please get in touch using the contact details below. 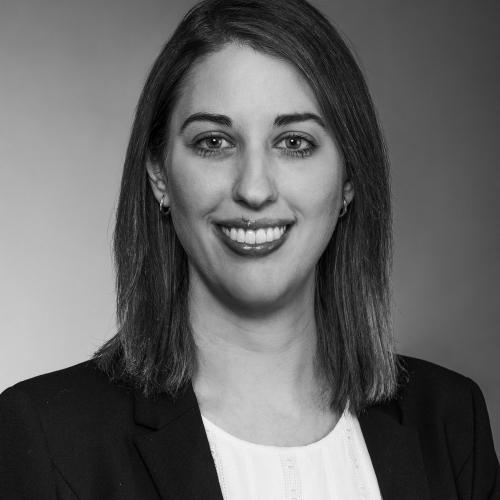