The High Court has found in favour of a claimant investor in a dispute arising from the termination of her Bitcoin trading account with an online trading platform and concurrent cancellation of open trades (as a result of an alleged money laundering risk): Ang v Reliantco Investments Ltd [2020] EWHC 3242 (Comm). Although the claim relates to an account used to trade Bitcoin futures, the decision will be of broader interest to financial institutions, given the potential application to other types of trading accounts and accounts more generally.

The judgment is noteworthy for the court’s analysis of the defendant’s contractual termination rights in relation to the account and open trades. While the Customer Agreement provided the defendant with the right to terminate the account, the court found that the defendant remained under an obligation to return money deposited in the account (which was held under a Quistclose trust). As to the related open trades, the court found that the defendant only had a contractual right to close out the trades rather than to cancel them (or alternatively, the court said that the same result would be required under the Consumer Rights Act 2015 (the Act), as the investor was a “consumer” for the purposes of the Act).

The decision illustrates the risks for financial institutions seeking to terminate relationships with their customers, particularly in circumstances where there are money laundering or other regulatory compliance concerns. Often accounts may need to be closed without notice (as per N v The Royal Bank of Scotland plc [2019] EWHC 1770; see our banking litigation blog post). Claims against banks by customers in this type of scenario can be significant, and not limited to claims for money deposited in the account, extending to gains on outstanding trades and the loss of future investment returns but for the termination of the account. In the present case, the court found that the claimant was entitled to recover the loss on her investment returns, as it was deemed to be within the reasonable contemplation of the parties when they contracted that, if the defendant failed to repay the claimant sums which she had invested, she might lose the opportunity of investing in similar products.

In order to manage the litigation risks, it may be prudent for financial institutions to review the relevant contractual documentation associated with trading accounts to ensure that it: (i) allows for termination of the account in the relevant circumstances at the absolute discretion of the bank; and (ii) confers an appropriate contractual right to deal with any deposits and open trades. This is particularly the case where the customer is a consumer for the purposes of s.62 of the Act, as there will be a risk that any term in the contract consequently deemed unfair will not be binding on the customer.

In early 2017, the claimant individual opened an account with an online trading platform (UFX), owned by the defendant investment firm. Through this account, the claimant traded in Bitcoin futures. The claimant’s husband (a specialist computer scientist and researcher with cybersecurity and blockchain expertise, and alleged inventor of Bitcoin) also opened accounts on UFX; however, these were blocked when the defendant identified though its compliance checks that he had previously been accused of fraud in 2015.

The claimant made substantial profits trading Bitcoin futures, which were then withdrawn from the UFX account. In late 2017, the defendant terminated the claimant’s UFX account and cancelled all related open transactions, apparently as a result of an alleged money laundering risk.

The claimant subsequently brought a claim alleging that the defendant did so wrongfully and seeking to recover: (i) the remaining funds in the account; (ii) the increase in the value of her open Bitcoin positions; and (iii) the sums from her proposed reinvestment of those funds.

The defendant sought to resist the claim primarily on the basis that the account had actually been operated by the claimant’s husband rather than the claimant and the claimant had provided inaccurate information to the defendant in her “Source of Wealth” documentation.

The claim succeeded and the key issues decided by the court were as follows.

The defendant argued that it was entitled to terminate the UFX account because: (i) there was a breach of certain clauses of the Customer Agreement relating to access to the UFX account – there had been misrepresentations during the course of the existence of the claimant’s account; and (ii) the claimant had made misrepresentations in her “Source of Wealth” form and documents – this constituted a breach of a warranty the claimant had given as to the accuracy of information she had given to the defendant.

The court held that the defendant was contractually entitled to terminate the UFX account on the basis that the claimant’s husband did have some access to the account, which must have involved breaches of the Customer Agreement.

However, the court found that the statements made by the claimant in the “Source of Wealth” documentation were not untrue or inaccurate. The court said that the alleged misrepresentations in relation to: (i) the “Source of Wealth” form was not pre-contractual and could not have induced the making of the Customer Agreement; and (ii) access to the UFX account failed on the facts – the UFX account did not belong to and was not solely or predominantly operated by the claimant’s husband.

The defendant accepted that there was the equivalent of a Quistclose trust in respect of these amounts and that it did have an obligation to return them.

The court held that even if there was no Quistclose trust, the defendant was obliged to return the amounts in any case pursuant to the terms and conditions (incorporated into the Customer Agreement between the claimant and the defendant) and that there was no suggestion that any amount needed to be withheld from those amounts in respect of future liabilities.

The court highlighted that the terms of the Customer Agreement obliged the defendant to close out (rather than “cancel”) the open positions, realise the unrealised gain on the Bitcoin futures and pay the balance to the claimant.

However, the court added that if this construction of the Customer Agreement was wrong and the defendant did have discretion to “annul or cancel” open positions, then the relevant clauses would be unfair, as they would cause a significant imbalance in the parties’ rights and obligations to the detriment of the consumer, contrary to the requirement of good faith. In the court’s view such clauses would have the effect of permitting the defendant to deprive the claimant of what might be very significant gains for trivial breaches. The clauses therefore would not be binding on the claimant by reason of s.62 of the Act.

The court held that the claimant was entitled to succeed on this aspect of her claim as the defendant had breached the Customer Agreement by not closing the open positions, realising the gain and paying the balance to the claimant. In the court’s view, remoteness of damage was not an issue as it was plainly within the reasonable contemplation of the parties when they contracted that if the defendant failed to pay the claimant sums which she had invested in (and/or made from investing in) Bitcoin futures, she might lose the amount which she might gain from investing in similar products. 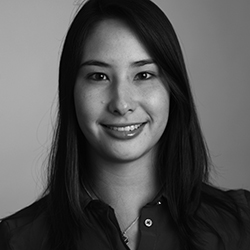