No “directing mind and will” found in SFO prosecution of Barclays

Two courts have dismissed charges against Barclays plc and Barclays Bank plc (together Barclays) relating to events flowing from the 2008 global financial crisis.  They found that senior executives, including the CEO and CFO, did not represent the required “directing mind and will” of Barclays in the circumstances.

The UK Serious Fraud Office (SFO) had charged Barclays with two counts of conspiracy to commit fraud, alleging that it had conspired with senior executives to pay “disguised commission” to certain investors in the course of two capital raisings which together were worth a total of £11.2bn. Barclays had also faced a charge of financial assistance.

In this briefing we provide:

The charges
The SFO charged Barclays with two counts of conspiracy to commit fraud contrary to s.2 Fraud Act 2000 and s.1 Criminal Law Act 1977 and one count of financial assistance contrary to s.151 Companies Act 1985. John Varley, CEO at the time, and Roger Jenkins, a senior Barclays Capital executive, were also charged, alongside two other executives. Chris Lucas, the former CFO, was unfit to stand trial but was identified as a conspirator.

2008: capital raisings in the financial crisis
The case was the first (and remains the only) prosecution of a bank and its executives in relation to the 2008 financial crisis. The fraud charges concerned the £3.95b investment secured by Barclays in June and October 2008 from two Qatari investors (who were not accused of any wrongdoing). Barclays also entered into an advisory services agreement (ASA) with one of the investors in June 2008, which was extended in October 2008, pursuant to which fees of £322m were payable.

The allegations
The essence of the SFO’s case was that: the sums payable under the ASA were disguised commissions, which rendered the statements as to the fees and commissions in the prospectuses and subscription agreements for the capital raisings false or misleading; and a $3bn loan made by Barclays to the State of Qatar was used to fund the October investment.

Dismissal
Barclays successfully applied to dismiss all charges brought against them, with Mr Justice Jay in the Crown Court ruling that that the alleged criminal dishonesty of senior officers could not be attributed to Barclays (R v Barclays PLC and Barclays Bank PLC [2018] (Southwark Crown Court).

Although the judgments date from 2018, reporting restrictions applied while criminal proceedings continued against individuals, and were lifted when they were acquitted.

Corporate criminal liability in the UK

General principles: “Identification” and “directing mind and will”
A company has an independent legal personality, but may be capable of committing a criminal offence by the acts of its officers or employees under the “identification” principle. For many offences – including fraud – the route to criminal culpability is for a prosecutor to identify an individual(s) whose conduct and state of mind can be attributed to the company, so that he/she represents the company’s “directing mind and will”.

To date, the courts have applied the principle narrowly. One of the reasons the ‘failure to prevent’ offences under the Bribery Act 2010 (failure to prevent bribery) and the Criminal Finances Act 2017 (failure to prevent the facilitation of tax evasion) were so radical was that they moved away from this traditional model of attributing criminal liability to a company.

The leading case: Tesco v Nattrass
The leading case is Tesco Supermarkets Ltd v Nattrass [1972] AC 153, in which the House of Lords approached the issue by looking at the company’s articles of association to determine the allocation of power: “The obvious and the only place to look, to discover by what natural persons [a company’s] powers are exercisable, is in its constitution”. Ordinarily, it will be the board, managing director and other superior offices that carry out the functions of management. But, the board may also delegate to others “full discretion to act independently of instructions from them”.

A “special rule”: Meridian
In Meridian Global Funds Management Asia Ltd v Securities Commission [1995] 2 AC 500, the Privy Council provided a context and rule-based method for attributing the acts and state of mind of an individual to a company:

Barclays: “subverting the regime of corporate governance”
For the purpose of the dismissal application, Barclays did not challenge the SFO’s interpretation of the evidence. Instead, it focused on the decision-making processes within its formal constitutional structures. Barclays identified three fundamental flaws in the SFO’s case:

The SFO: the “commercial realities”
The SFO’s headline submission was that the constitutional documentation was different from the commercial realities and the de facto position. That the executives were left to “do the deal” and negotiate the ASAs and the loan was sufficient for them to constitute the “directing mind and will” of Barclays due to the inextricable link between the ASA, the loan and the capital raisings.

The SFO argued that the “making” of a false representation for the purpose of the Fraud Act should not be confined to the final approval by the Board of the public facing documentation, and such a narrow interpretation would frustrate the statutory purpose. In any case, the director conspirators were party to the formal decision making process, therefore their individual knowledge could be imputed to Barclays. They also signed the key documents.

Jay J considered the dismissal application to be at first blush “remarkably ambitious” but was persuaded that the charges against Barclays should be dismissed:

A number of features, based on the facts as alleged, supported Barclays’ position, including:

The judge criticised the logic of the SFO’s case, which would have found Barclays guilty of a conspiracy even if the Board or committee had seen through the “false” ASA and prevented the fraud.

Similarly, it would be anomalous to fix Barclays with criminal liability by virtue of the director conspirators signing directors’ responsibility letters (DRLs), the purpose of which was to provide additional protection to Barclays, in respect of the prospectuses. Neither could liability arise simply by their signing of the prospectuses, which they did acting in their capacity as directors, or the subscription agreements themselves, which they did under the aegis of the Board and committee.

With regard to financial assistance, since the relevant committee retained control over the loan transaction, the knowledge of the indicted individuals could not be attributed to Barclays.

Jay J expressly did not determine that there were no circumstances in which the Fraud Act would permit a special rule of attribution. He discussed a number of hypothetical examples where it might be appropriate, such as when the board had “rubber-stamped” or adopted “blind-eye knowledge”. It is clear, therefore, that much will still depend on the facts of each particular case.

He also raised the prospect that, in certain circumstances, criminal liability might arise even where a company has reserved relevant decision-making powers to a committee which does not comprise any “guilty” individuals.

Judgment of Davis LJ – “no clear or obvious error of law”

Davis LJ refused the SFO’s application to prefer a voluntary bill, as Jay J had not made a “clear or obvious” error in law in reaching his decision that Barclays was not criminally liable.

He affirmed that Tesco remained the relevant test save where consideration of the legislation leads to a different approach (i.e. fashioning a special rule), which it did not in this case. While recognising the concern that larger companies with devolved management structures could be less exposed to criminal liability, he emphasised the need for certainty in criminal law and a focus on culpability.

In particular, he noted that the various resolutions or approvals of the Board and committees were not “mere pieces of paper” nor a matter of “form over substance… in this case, the form is the substance”.

Davis LJ also found the argument that Barclays would be criminally liable if the committees and Board were misled, just the same as if they had known and approved the alleged false purpose of the ASA, “unattractive”. The same approach applied to the loan.

To many, it will come as a surprise that the court held that Barclays could not be held criminally culpable for the actions of its CEO and CFO in circumstances where the court had to take the SFO’s case – which relied upon the guilt of such individuals – at its highest. The decision re-emphasises that it is impossible to apply any broad brush assumption that a director or senior manager (even the CEO) is the “directing mind and will” of a company for all purposes.

Both judges recognised the difficulty in identifying the “directing mind and will” in a large organisation, but emphasised the importance of certainty in criminal law.

A key takeaway for corporates will be the courts’ recognition that the governance approach adopted by many large businesses is a matter of substance, not just of form. Davis LJ noted that it would be “quite wrong” to suggest that devolved structures are put in place by larger companies to avoid corporate responsibility – criminal or otherwise. Rather, such devolution and delegation is a “practical necessity” to improve decision making and the discharge of responsibilities.

Practically speaking, the case provides a number of examples of good corporate practice that ultimately availed Barclays’ case. These include: specifying the parameters of delegation of authority – and documenting this; critical consideration by boards and sub-committees rather than “rubber-stamping”; and appropriate composition of boards and sub-committees, including with non-executive directors.

The impact that these decisions will have on policy-making in respect of the development of corporate criminal offences remains to be seen. The SFO has long complained of the difficulties in prosecuting corporates based on the “identification” doctrine and called for reform in this area. Davis LJ specifically referred to the option, open to the legislature, to draft specific statutory offences with corporations in mind, citing s.7 of the Bribery Act 2010, the “failure to prevent” bribery.

In response to a parliamentary question at the end of February 2020, the Government has confirmed that it is considering the reform of law on corporate criminality and will publish a response to the Ministry of Justice Call for Evidence on such reform (awaited since March 2017), in due course.  We anticipate that the judgments may add further weight to calls from some for a new “failure to prevent economic crime” offence, along similar lines. 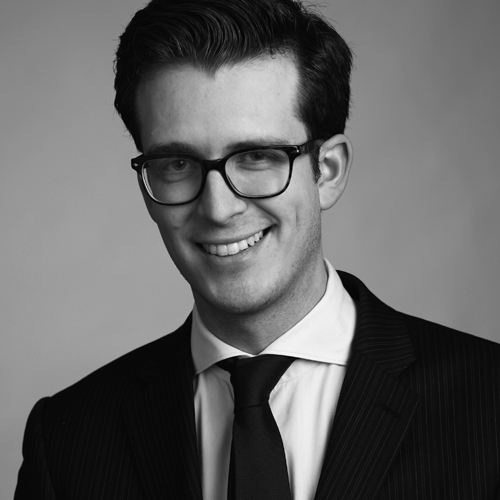 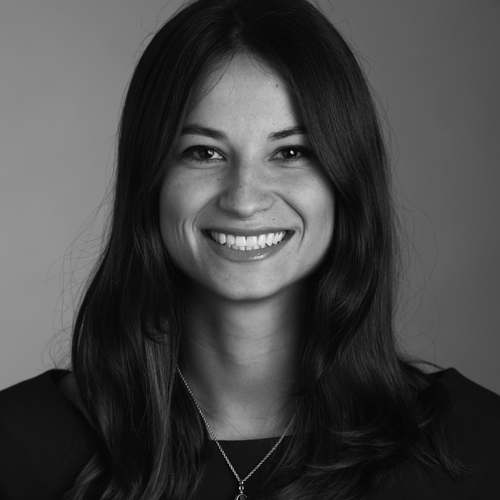 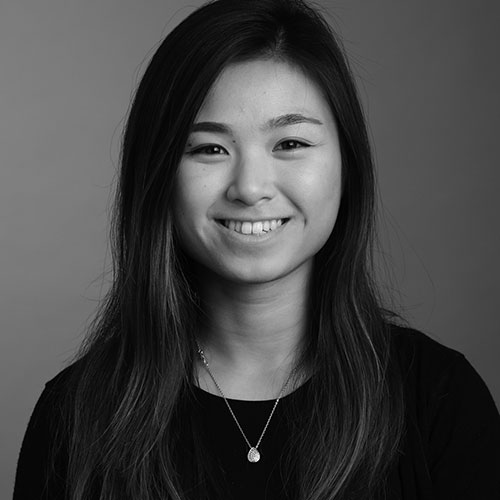