Will CBDCs be the public sector response to GSCs in the UK and EU?

As consumers use cash to make payments less frequently, and fintech firms offer new forms of money and new ways to make payments, central banks globally are considering how they should respond and whether they too should innovate to meet new payment needs in an increasingly digital economy.

Yves Mersch set out the European Central Bank (ECB)’s latest thinking around, and potential next steps in relation to, central bank digital currencies (CBDCs) in a wide ranging speech to the Consensus 2020 virtual conference on 11 May 2020.  He reviewed the key drivers and concerns in relation to CBDCs before setting out some overarching principles that CBDCs should satisfy and  potential technical models; he also highlighted the challenges of addressing the potential disintermediation of commercial banks.  The Bank of England (BoE) also considers these themes, amongst others, in its discussion paper “Central Bank Digital Currency – Opportunities, challenges and design” published in March 2020.

What is a CBDC and how does it differ from cryptoassets, for example bitcoin or stablecoins?

A CBDC would be a true digital currency, backed by a central party, i.e., a central bank.  As a digital representation of fiat – or traditional paper money – it would benefit from the trust inherent in fiat currency and, in the same way as cash, would not be subject to credit risk.

By contrast, so-called “cryptocurrencies”, e.g. bitcoin, are not currencies as they do not perform the essential functions of traditional currencies:

In general, cryptocurrencies or cryptoassets are not backed by a central party, and therefore do not benefit from the level of trust associated with such arrangements.

So-called ‘stablecoins’, evolved from cryptocurrencies with a view to addressing their inherent volatility, have attracted much attention recently.  Stablecoins are commonly backed by either fiat currency(ies) or similar assets held by private sector actors, or alternatively, the stabilisation mechanism of a stablecoin may be algorithm-based. Significantly scaled stablecoins, or ‘global stablecoins’ (GSCs), have been posited by large private entities such as the Libra Association – which in April 2020 published a revised white paper. Whilst the public sector’s response to these GSCs may be in the form of CBDCs, the extent of their similarity (if any) is likely to be limited to some of the individual component innovations of the underlying technology.

The ECB’s focus is on the potential transformative impact of a CBDC which could be used by retail consumers.  In that context, the ECB identifies two driving factors:

In readiness for financial technological innovation, the ECB has set up a taskforce to consider the design of a CBDC within the Eurosystem (in addition to being part of a working group of 6 central banks, announced in January 2020, to consider potential use cases for CBDC – the working group includes the ECB, BoE, Bank of Canada, Bank of Japan, Sveriges Riksbank, Swiss National Bank together with the Bank for International Settlements).

In a similar vein, the BoE notes that a CBDC (involving both a new form of money and a new payments infrastructure) could be used by both households and businesses to make payments.  The BoE is consulting widely on the benefits, risks and practicalities before deciding whether to introduce a CBDC.   Use of banknotes in the UK – the BoE’s most accessible form of money – is declining, with payments increasingly being made via card and other electronic means and use of privately issued money, such as cryptoassets, continuing to increase.

The Bank is therefore asking itself the following question: “As the issuer of the safest and most trusted form of money in the economy, should the Bank provide the public with electronic money – or a Central Bank Digital Currency (CBDC) – as a complement to physical banknotes?”.  Interestingly, of the seven ways in which the BoE states a CBDC could potentially aid delivery of the BoE’s monetary and financial stability objectives, one is expressly to avoid the risks of new forms of private money creation.  However the BoE also says, “CBDC, as a new form of publicly issued central bank money, could complement privately issued money and could enhance the Bank’s ability to achieve its objectives in the future”.  In its discussion paper, after setting out the risks inherent in stablecoins, the BoE concludes:

“Stablecoins will only be widely adopted if they provide functionality and efficiency benefits over existing payment systems. But given the risks they could pose, it may be worth asking if CBDC can be designed to better meet those needs. CBDC may be able to provide better payment services, backed by risk‑free central bank money, and reduce the demand for new privately issued money-like instruments.”

The ECB has identified a number of issues for consideration:

The BoE’s position is that any CBDC would be introduced alongside – rather than replacing – cash and bank deposits and that it would be denominated in pounds sterling.  Further, in all arrangements, the BoE would have exclusive control of the issuance of new CBDC, and the technology must support this.  In relation to offline payment functionality, the usability and usefulness of any sterling CBDC would be limited without offline functionality, but there is a challenge to find a solution that protects the buyer, seller, and/or BoE from risk, particularly around ultimate settlement and fraud.  In current payment systems, the merchant bears the credit risk, with  transaction values limited accordingly.

Mr Mersch explained that different designs for a CBDC are being explored, which will take into account impacts on the financial system and on the ECB’s mandate.  However two particular approaches have come to the fore: digital tokens and central bank deposit accounts.  In relation to digital tokens, these would potentially:

Clearly, there are some challenges around the digital token model and Mr Mersch specifically highlighted:

In relation to deposit accounts at the central bank, the ECB considers that it would involve a vast increase in the number of accounts (from around ten thousand to between 300 and 500 million), but would not be technologically innovative.  However, the deposit account model would permit the central bank to exercise more control over risks, such as money laundering and other illicit uses, depending on the degree of privacy granted to users.

Irrespective of the level of decentralisation, the BoE states that it would need to retain overall control of the CBDC network and that this would necessitate a ‘permissioned’ system, with the BoE controlling the entities contributing to the operation of the network.

The view of the BoE is that, from an operational perspective, either a token-based or an account-based approach might be able to provide the “necessary range of functionality” for a CBDC.  However, that would need to be explored in conjunction with use cases, overlay services (for example programmable money, smart contracts and micropayments) and against legal implications.  The BoE explains that neither a token-based approach nor an account-based solution would create an equivalent to cash:

“In digital form, neither an account‑based approach nor a token-based approach would enable cash‑like transfers, where a payment can be made without reference to any third party or intermediary. In an account‑based system, the accounts of the payer and payee need to be debited and credited by the operator(s) of the ledger. And in a token‑based system, in order to prevent double-spending, ownership of tokens needs to be recorded in a ledger, which will need to be updated to reflect any changes in ownership.”

From the BoE’s perspective,  private sector entities will need to be involved in the design and delivery of CBDC-related services. This is necessary to facilitate competition and innovation on one hand,  and to accommodate the respective strengths of the BoE and the private sector.  In particular, building services for large numbers of retail customers is a  strength to be found in the UK’s private sector.  In addition, this approach would address some privacy considerations as all data on user’s identities and transactions would not need to be stored by the BoE.  In its indicative platform model, the BoE would provide the core ledger to record CBDC and process payments, whilst private sector “Payment Interface Providers” (“PIPs”) would handle interactions with end-users and provide additional payments functionality through overlay services.  PIPs would be regulated by the BoE and other relevant regulators, to ensure consumer protection and resilience of the CBDC system.

The issue of anonymity

The BoE considers that the appropriate degree of anonymity in a CBDC system is a political and social question, rather than a narrow technical question. It is a given that any CBDC would need to comply with relevant laws and regulations, for example those around anti-money laundering (AML) and data privacy. A CBDC could have anonymity with regards to other users, without having anonymity to law enforcement.  The BoE is of the view that, whilst an in-person cash payment provides an anonymous means of payment, the BoE itself does not have a mandate to provide untraceable or anonymous payment methods.

Challenges in addressing the potential disintermediation of commercial banks

The ECB observes that customers could find it more attractive to hold risk-free CBDC than commercial bank deposits, and that during a systemic banking crisis this could trigger banking runs of unprecedented speed and scale.  The ECB also notes that disintermediation would also cause it a number of difficulties.  In that circumstance, it would:

Some disintermediation is inevitable, as for households and businesses to use CBDC they would need to switch some of their funds out of banknotes and commercial bank deposits and into central bank money in the form of CBDC.  The BoE notes that a very large or rapid shift from deposits to CBDC could have significant implications for the amount and cost of credit that the banking sector could provide (e.g., a reduction in deposits could result in reduced mortgage lending, or more expensive mortgage lending) and the way in which the BoE achieves its objectives e.g. concerning financial stability.

Managing the use of CBDC – remuneration (including tiering) and/or limits

The ECB does outline a number of ways in which commercial banks could make their  facilities more attractive, such as providing access to additional services.  The ECB also considers remunerating CBDC at below market rates, however a high negative rate could generate criticism from the public and undermine confidence in the central bank as well as the basic value of saving.  An alternative would be tiered remuneration, set at a level to promote CBDC use for payments, but not as a longer-term store of value.

The BoE made a number of observations in relation to remuneration of a CBDC.  A CBDC could be unremunerated (non‑interest bearing) like banknotes, or remunerated (interest bearing) like central bank reserves, bank deposits and many other financial assets. Any remuneration could be set at a different (including lower) rate to reserves held by banks, and could be tiered so that balances above a certain level pay a lower interest rate or no interest at all.  This could assist if a policy view were taken that CBDC should be used primarily for transactions, rather than as a large-scale store of value.

As an alternative to encouraging behaviour incentivised by remuneration, the BoE noted that limits could be imposed on the amount of CBDC that could be held by each individual or business, to achieve similar usage purposes. 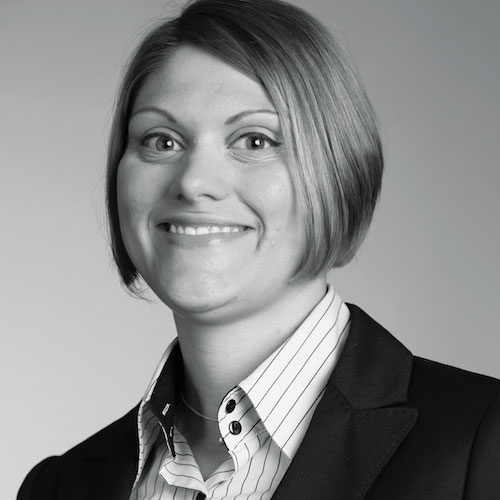