A deep dive into DPAs: seven takeaways from the new DPA guidance in the SFO’s Operational Handbook

In October 2020 the SFO published guidance regarding Deferred Prosecution Agreements (“DPAs”) in a new chapter of its Operational Handbook. The guidance offers a practical step-by-step map to the route that the SFO, and, therefore, a target company and its advisers, will traverse where seeking to negotiate an outcome that avoids the need for prosecution. The guidance largely covers the same ground as the SFO and CPS 2014 DPA Code of Practice. However, when read against the background of the nine DPAs that the SFO has now agreed, there are several key themes that companies interested in DPAs should take away.

What is the guidance?

The new DPA guidance is published within the Operational Handbook, a document that the SFO uses as a practical internal reference guide. This sets out standard processes, instructions and guidance for SFO casework, and reflects best practice for staff. The SFO publishes its handbook in the interests of public transparency, and notes that the external version may be a redacted version of the internal version.

As noted, the new DPA guidance draws heavily on the DPA Code of Practice (the “Code”). The Code is issued pursuant to the Crime and Courts Act 2013. Prosecutors must take it into account when negotiating, applying for and overseeing DPAs. Unlike the Code, the new DPA guidance does not itself have statutory force. However the guidance is useful for companies that wish to understand how the SFO approaches DPAs and engages with companies where a DPA is a prospective outcome.

In our briefing (available here), we highlight seven key themes that companies should take away from the publication. 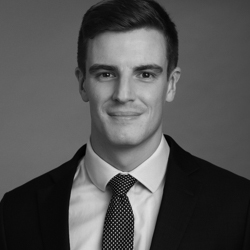