In this post, we revisit the background to development of operational resilience in the UK, review the publications issued by the Financial Conduct Authority (FCA), the PRA, and the Bank of England (the Bank) in March, and briefly discuss the wider context.

What is operational resilience?

Operational resilience is the ability of firms and the financial sector as a whole to prevent, adapt, respond to, recover and learn from operational disruptions. At the most basic level, a firm or sector which is operationally resilient can get back up after it has fallen over.

It is important that the definition acknowledges the potential for an entity or the whole sector to “fall over”. While there will always be great effort and resource put into preventing risks from crystallising, it is unrealistic to assume that firms and regulators can foresee and mitigate every eventuality.

Initially, regulators drove the focus on operational resilience – the debate in the UK was formally launched in 2018 – but the advent of Covid-19 has significantly accelerated industry engagement.

On 5 December 2019, the Bank, the PRA and the FCA released a number of publications on operational resilience, marking the launch of a consultation phase which will inform how the UK authorities seek to embed the consideration of operational resilience into the regulatory framework. The proposals covered firms and financial market infrastructures (FMIs) (which are central counterparties (CCPs), central securities depositories (CSDs), recognised payment system operators (RPSOs) and specified service providers (SSPs)).

The Bank, PRA and FCA proposed that firms and FMIs would be expected to:

Responses to the consultations were initially requested by April 2020, but the consultation phase was extended to October 2020 to accommodate firms’ and FMIs’ efforts to respond to Covid-19. (See our December 2019 briefing here.)

The Bank, the PRA and the FCA have published a joint covering document: Operational Resilience: Impact tolerances for important business services which summarises the common responses received to the December 2019 consultations and provides an overview of the final policy. The joint covering document includes information on the implementation timescales, and discusses how the UK approach diverges from, for example, that adopted by the BCBS.

In Policy Statement 21/3 Building Operational Resilience (PS21/3), the FCA sets out details of the feedback it received on the proposals it consulted on and its final policy.

In its own assessment, the FCA has largely implemented the proposals as consulted. Some changes were made to provide more time and flexibility to meet mapping and scenario testing requirements.

The new rules and guidance will largely be contained in a new chapter of the Senior Management Arrangements, Systems and Controls (SYSC) module of the FCA Handbook, SYSC 15A. The FCA’s new rules affect banks, building societies, PRA-designated investment firms, insurers, recognised investment exchanges (RIEs), firms within the enhanced scope of the Senior Managers and Certification Regime (SMCR), and entities registered under the Payment Services Regulations 2017 (PSRs) or Electronic Money Regulations 2011 (EMRs).

In Policy Statement 6/21 Operational resilience: Impact tolerances for important business services (PS6/21), the PRA sets out the feedback it received on the proposals it consulted on and its final policy. PS6/21 is relevant to UK banks, building societies, and PRA-designated investment firms; and UK Solvency II firms, the Society of Lloyd’s and its managing agents.

The PRA comments that the feedback it received focused on implementation, proportionality, alignment with the FCA, alignment with international principles, and requests for further detail on PRA expectations.  In response to this feedback, the PRA has made a number of changes in its final policy, including:

Appendices to PS6/21 set out the texts of the rules as they will appear in the PRA Rulebook, the SS and the Statement of Policy.

The Bank has published a policy statement and a supervisory statement for each group of FMIs – that is: (1) CCPs, (2) CSDs, and (3) RPSOs and SSPs.

For the new operational resilience rules, there will be a one-year implementation period to 31 March 2022. This will be followed by a three-year transitional period ending on 31 March 2025.

The joint covering document sets out details of the authorities’ expectations relating to these deadlines:

While firms are likely to have many of the elements already in place (or in plan), it is reasonable to assume that effort and resource will need to be deployed to fully meet regulatory expectations.

We expect that implementation of the UK regulatory requirements, particularly by larger, complex firms, will require a cross-divisional project for which express accountability should be assigned to a Senior Manager – an individual accountable under the UK Senior Manager Regime.

Alongside the operational resilience papers, the PRA has also published its final policy on outsourcing and third party risk management (PS7/21) which summarises the feedback received to its original proposals and sets out final rules.

With regard to feedback received, the PRA noted a number of comments with regard to aligning its policy with those issued by the relevant European Supervisory Authorities (ESAs). The PRA comments that, in line with the Statement of Policy: “Interpretation of EU Guidelines and Recommendations: Bank of England and PRA approach after the UK’s withdrawal from the EU”, it it no longer expects PRA-regulated firms to make every effort to comply with any ESA Guidelines that came into effect after the end of the implementation period. However, the PRA considers that its expectations are not “materially divergent” from relevant ESA guidance.

The PRA has responded to feedback, including:

It is clear that the PRA’s final rules will impact on how regulated firms engage and contract with third parties; we will cover this aspect in greater detail in a later post.

The wider context of operational resilience

While the finalisation of the UK rules is a significant milestone, there is a wider context in which operational resilience policy and thinking is developing – at both domestic and international level. Firms operating cross-border should be mindful of requirements being introduced by other regulators to similar timescales which, while similar to the UK approach, do vary in scope and emphasis.

They are largely derived and adapted from existing guidance on outsourcing, BCP and risk management-related guidance previously issued by the BCBS or national supervisors over a number of years. They also build on the BCBS principles for the sound management of operational risk (PSMOR). The BCBS has taken this approach in order to avoid duplication and ensure that the resulting framework is coherent. A similar approach was taken in the US, where the federal bank regulatory agencies released a paper entitled “Sound Practices to Strengthen Operational Resilience” which draws together relevant material from existing regulations, guidance, statements, and common industry standards in October 2020.

Alongside the operational resilience principles, the BCBS has published a revised version of the PSMOR. It has made a limited number of technical revisions to:

Keeping up with operational resilience

Our Operational Resilience Hub helps to keep you up to date on the upcoming regulatory expectations. The hub features an interactive timeline which currently covers the UK, EU, Hong Kong and Singapore, and output from global standard setters such as the BCBS, the Financial Stability Board (FSB), and the International Organisation of Securities Commissions (IOSCO). The content includes operational resilience, cyber resilience, outsourcing, BCP and more. We are adding more major financial services centres and we are regularly updating the timeline to provide a “one stop shop”. 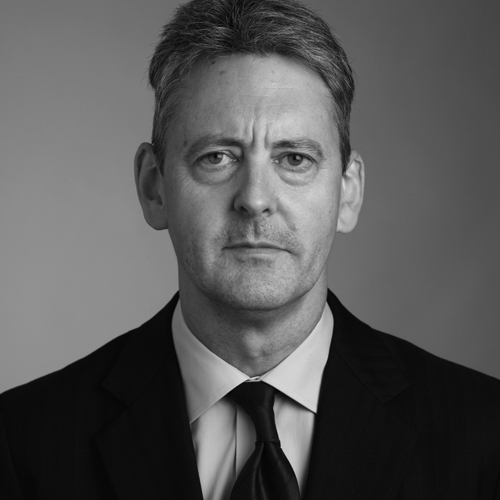