The IP Division of the Court of Rome has issued a preliminary injunction to prohibit the minting and marketing of Non-Fungible-Tokens (NFT) that, unauthorised, reproduced well-known trade marks owned by the Juventus football club. While various cases related to NFTs and intellectual property rights are pending before the US courts, this is the first time that a court in Europe has found an NFT to be infringing IP rights, setting a useful precedent for brand owners seeking to protect their trade marks in the new era of the metaverse. New classifications have become available for trade mark from 1 January 2023 (in the 12th edition of the Nice Classifications) that cover NFT content and some fintech related classifications have been updated. ‘Downloadable computer software for managing cryptocurrency transactions using blockchain technology’ has been amended to ‘downloadable computer software for managing crypto asset transactions using blockchain technology’. Registrations for ‘downloadable cryptographic keys for receiving and spending crypto assets’ and for services for ‘mining of crypto assets / cryptomining’ are also available.

In 2021, Blockeras, a company that operates in the crypto market, launched an NFT project consisting of the minting and marketing of trading cards in NFT format (CARDS) depicting famous past and present sports players.  Buyers of CARDS were also able to trade these collectibles on Blockeras’ platform, each time paying a transaction fee to the platform owner, establishing a secondary market.

A series of these NFT CARDS was dedicated to the Italian football player Christian (a.k.a. Bobo) Vieri. The player was portrayed in the different phases of his career, wearing the uniforms of the football clubs he was playing for at each point in time. One of the CARDS of this series depicted the player in his early years wearing the official uniform of the football club Juventus and reproduced the distinctive and renowned signs of that football club.

The Juventus club, having become aware of the marketing of NFTs that reproduced their trade mark without their consent, started legal action and filed a preliminary injunction application against Blockeras to prohibit it from minting and marketing these CARDS via NFTs and also seeking their removal from the platform and the entire market.

Juventus claimed that Blockeras’ conduct constituted trade mark infringement and unfair competition because their NFTs reproduced the club’s trade marks, without any authorisation, in particular the word marks JUVE and JUVENTUS and the figurative mark consisting of the black and white striped T-shirt characterized by the two gold stars on the chest.

The decision of the Court of Rome

The Court of Rome ruled that the NFT CARDS infringe the well-known trade marks of the football club and that the minting and marketing of those products constituted an act of unfair competition. The Court granted a preliminary injunction, ordering Blockeras to cease any minting and marketing activity in relation to the NFT CARDS reproducing the trade marks of the club and to withdraw any NFTs from the market and from any website directly or indirectly controlled by the company.

Trade mark infringement: Blockeras had argued that the trade marks alleged to have been used in the NFTs, had not been registered for virtual downloadable products and did not expressly claim ‘NFT’ in the Nice classes for which the trade marks were registered, The Court did not agree:  firstly because the trade mark specification expressly mentioned that the registration included products not listed in Class 9 and, in particular ‘downloadable electronic publications’; and secondly because, in any case, Juventus have provided sufficient evidence to demonstrate that its trade marks are known and recognised in the public and have been actively promoted and marketed through online and offline merchandise and thus could be classified as ‘well-known’ trade marks, which enjoy enhanced and broader protection including in relation to products and services that have not been expressly claimed in the trade mark specification.

On these grounds, the Court of Rome concluded that the minting of NFTs depicting the world-renowned trade marks created a risk of market confusion and association with Juventus, as the consumers may be induced to believe that the football club was somehow involved in Blockeras’ trading CARDS project in light of the identity of the signs used, or that there was a commercial relationship between the parties of some sort, in particular as Juventus had itself already begun using NFTs. The Court therefore concluded that the use of the trade marks by Juventus constituted trade mark infringement.

In its reasoning, the Court was also not swayed by the defendant’s arguments that (i) the NFTs were minted with the individual player’s consent to use his image and that, in any case, (ii) the CARD was protected under Italian copyright law as a reproduction of a famous person, falling under the specific exception set out by Art. 97 of the Italian copyright law which applies to famous person ‘portrait. The Court rejected these arguments claiming that:

Therefore, the Court rejected all Blockeras’ arguments of non-infringement and found the NFT CARDS to be an unauthorised and infringing reproduction of the football club’s trade marks.

Unfair competition: In addition, the Court found that Blockeras’ conduct constituted an act of unfair competition because the company, through the unauthorised reproduction of the famous trade marks, was using a third party’s trade mark without consent and was appropriating qualities of the trade marks for the benefit of its business. Unfair competition provisions applied in light of the fact that Juventus had been taking concrete steps towards entering the meta-market itself and thus the two parties could be considered competitors.

Overall decision of the Court: In light of its conclusions on both the trade mark and unfair competition claims, the Court of Rome, considered that the misuse of the trade marks could also lead to their dilution and to subsequent irreparable damages, found that there were the requirement of prima facie case and irreparable harm and issued a preliminary injunction.

The decision of the Court of Rome could represent a stepping stone as regards IP protection in relation to NFTs, virtual goods, and the metaverse in Europe. Many practitioners, as well as academics, had already suggested that NFTs would be subject to intellectual property laws and that there could be a high risk of infringement of many different IP rights, from trade marks, to designs and copyright, through the development and use of NFTs, but there have not been any disputes to reach the courts in Europe until now.

Following an extensive interpretation of existing principles, the Court of Rome held, for the first time, that minting an NFT (like any other commercial activity) requires prior consent and  proper authorisation from the owner of any trade marks incorporated into the NFT or used in relation to it.

Going forward, it may become much more common to see trade mark registrations that expressly cite NFTs and other digital assets. The 12th edition of the Nice Classification, which is effective from 1 January 2023, expressly lists ‘downable digital files authenticated by non-fungible-token’ in Class 9. This might imply that any trade marks that do not include this in their current specification cannot be enforced against use in NFTs, but the decision of the Court of Rome could provide some comfort to brand owners in terms of interpretation of the breadth of coverage of current specifications.

This dispute is likely to be one of a string that will involve NFTs and IP rights as this new asset class becomes established in the media. An understanding of the impact of such use on trade mark, copyright, design rights and moral rights to mention just a few IP rights, is key for all those creating NFTs and licensing their rights to others to do so. Monitoring the metaverse for brand, design and art work misuse will also be a priority for brand owners and designers alike.

This post was first published here on our Intellectual Property Notes Blog.

To read more about the role of IP in NFTs both in their creation and the policing of this new digital asset, read other blog posts in our IP in NFTs series and in particular our post Strategies for protecting your brands and products in the metaverse.

A briefing outlining the key considerations relating to IP and NFTs is now available to download here in PDF format. 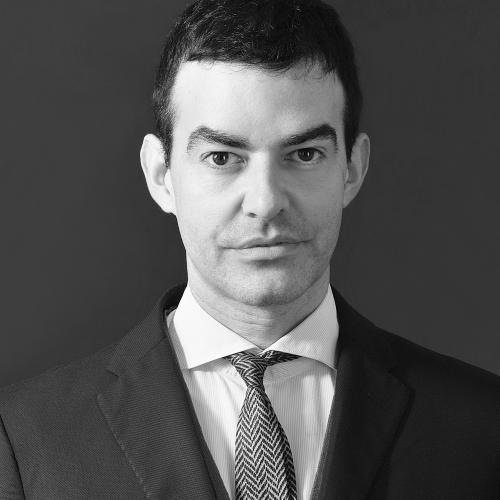 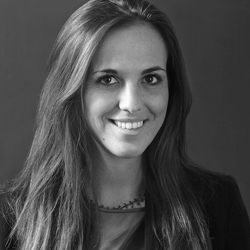 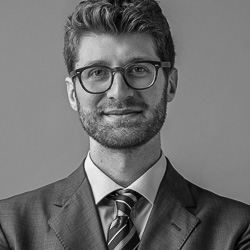