END_OF_DOCUMENT_TOKEN_TO_BE_REPLACED

This third article of a series on cryptoassets focuses on personal account dealing (PAD) policies and procedures. This topic is important not only for firms themselves but also for individual staff who have entered into or are considering entering into cryptoasset transactions on their own behalf.

END_OF_DOCUMENT_TOKEN_TO_BE_REPLACED

The FCA has published its first annual perimeter report, reflecting on perimeter issues.

The perimeter is basically the legal boundary determining what the FCA regulates (and therefore also what it does not regulate).

Andrew Bailey, CEO of the FCA commented that the perimeter “is tested by the actions of particular firms and how those actions can harm consumers, for instance by firms innovating and creating new product offerings and services and by firms deliberately trying to avoid our perimeter.”

The Report provides a useful insight into the FCA’s view on a number of perimeter issues most likely to cause harm to UK consumers and markets; and flags areas for potential change to the perimeter in the future.

A spotlight on unregulated activities

The Report highlights a number of areas which are either entirely or partly outside the perimeter and some steps proposed to address potential customer (or market) harm, including:

Entities may purchase books of mortgages from lenders without being authorised to lend. The FCA is concerned that there is a risk that consumers may become “trapped” in unsuitable mortgages as these entities cannot offer new loan products.

The FCA is not proposing to change the perimeter, but the changes proposed to its responsible lending rules could allow these consumers access to a more affordable external remortgage option.

Investment consultants advise pension fund trustees on matters such as asset manager selection. The FCA identified serious competition concerns with investment consultancy and fiduciary management in its Asset Management Market Study. The Treasury plans to consult on bringing these services within the perimeter.

Proxy advisors issue voting advice and recommendations. The FCA notes that both issuer companies and investor firms have raised concerns about proxy advisors’ conduct and conflicts of interest. The revised EU Shareholder Rights Directive aims to address these concerns by introducing disclosure requirements for these advisors and the FCA has been appointed to enforce these disclosures.

The FCA discusses the challenges of “regulatory arbitrage” where firms conduct activity online and cross-border, making it easier to choose a less stringent regulatory regime.

The FCA is responding to this challenge through its involvement in initiatives to align international policy but did not propose any specific perimeter changes in the Report.

As the FCA explains, “Cryptoassets can display different characteristics through their life and be used for different functions, which can create uncertainty as to which cryptoassets already fall within the perimeter.”

The Treasury will consult on its approach to cryptoassets that currently fall outside the perimeter “later” this year, while the FCA has said that it will consult on a potential ban on retail sales of products (for example, derivatives) that reference unregulated cryptoassets.

(For more information about cryptoassets, please see our recent articles: “Cryptoasset compliance in an uncertain regulatory environment” and “Cryptoassets – what should the second line of defence be focussing on?“)

Issuers of these products have been able to issue their securities without the need for FCA authorisation, which limits customer access to the Financial Services Compensation Scheme. For example, the LC&F administration left approximately 14,000 consumers who had invested in its mini-bonds at risk of losses.

The Treasury has announced a review of the wider policy questions raised by the LC&F case. This will include a review of the current regulatory arrangements for the issue of mini-bonds and other non-transferable securities.

The FCA acknowledges the lack of clarity on the definition of insurance and on whether certain contracts should be classed as insurance (within the perimeter). The FCA is considering whether it needs to take further steps, such as issuing guidance. It identifies two particular types of contract that, in its view, should be categorised as insurance:

These types of contracts are commonly used as extended warranties for electrical and other goods.

The FCA notes that “the boundary between providing mostly unregulated technical infrastructure to deliver financial services and providing regulated activities is increasingly narrowing.  This also raises questions around whether financial regulators have the necessary tools and techniques to effectively oversee those organisations.” This is an area that the FCA continues to monitor. 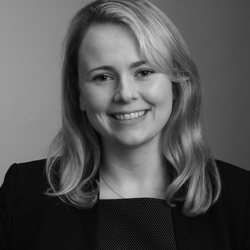