The landscape on general and personal advice

This month we expect to read the written submission filed by ASIC in respect of the High Court case of Westpac Securities Administration Limited v ASIC (High Court of Australia, S29/2020, commenced 7 May 2020).

In its decision at the end of last year, the Full Federal Court unanimously found (in three separate judgments) that Westpac did provide personal advice during a marketing campaign to members of superannuation funds of Westpac’s related party, BT Funds Management Limited, overturning the first instance finding by Gleeson J.  Our 6 November 2019 article on this decision is available here.

The distinction between general and personal advice is often not an easy one to make, and corporate counsel are faced with the additional challenge that the law in this area is in a state of flux.

Our team of experts would welcome any question you may have regarding whether advice is general or personal.

In this article, first, we consider the Full Federal Court’s decision in ASIC v Westpac.  In addition, we offer a principles-based framework to review when call centre scripts contain general or personal financial product advice under s 766B based on that case.[1]  This framework is aimed at establishing a two-step analysis:

Second, we outline the three arguments that Westpac makes in its High Court appeal.

Financial product advice is a recommendation, statement of opinion, or a report of either of those things that:

General advice is financial product advice that is not personal advice.

‘Recommendations’ and ‘statements of opinion’

The words ‘Recommendation’ and ‘opinion’ have distinct meanings. Recommendation means ‘to commend or urge a particular course of action’. An opinion is an ‘expression of a belief, view, estimation or judgment’,  separate from a purely factual statement.

In addition to any call centre script, courts can have regard to a wide range of other information to determine whether customer communications are actually intended to influence a customer to make a particular decision, including how call centre staff are remunerated, the content of training and guidance material given to staff, the metrics through which staff performance is assessed, and the relationship between the advice provider and the customer.

‘in relation to one or more financial products’

This element is broad. Consequently, financial product advice includes recommendations or opinions designed to influence a customer about nearly anything relating to a financial product from minute details such as level of cover, to high level issues such as whether the customer should obtain the product at all.

Personal advice is financial product advice given or directed to a person where:

‘One or more of the person’s objectives, financial situation or needs’

In evaluating whether the subjective test is satisfied, it is necessary to consider factors both within and beyond the call script, including whether the call centre staff member:

The ASIC v Westpac decision demonstrates that in considering whether the objective test is satisfied, a reviewer should consider whether:

The role of warnings and disclaimers

A script may contain a warning or disclaimer (such as a general advice warning) to clarify that personal advice is not being provided.

However, ASIC v Westpac demonstrates that disclaimers will not necessarily prevent a reasonable person from believing that personal advice has been given, potentially satisfying the objective test.   ASIC v Westpac shows that if the disclaimer or warning is given in a way that is formulaic, not repeated during the call and given only at the beginning of a call (rather than at the same time as the recommendation or opinion), then the effectiveness of the statement in framing the nature of the communication will be diminished and may not be effective in preventing a reasonable person from believing that they are receiving personal advice.[8]

Finally, a warning is unlikely to be effective if it is inconsistent with the content of the conversation.[9] For example, if information about the customer’s relevant circumstances is obtained and mentioned repeatedly during a call, even several very prominent warnings are likely to be ineffective in preventing a reasonable person from believing that they are receiving personal advice.

These are only some of the factors that should be analysed when considering whether advice is personal advice.  The more factors that are met, the more likely it is that the advice provided is personal financial product advice. There is no definitive threshold as to when a communication crosses over into being personal advice and this will need to be assessed on a case by case basis.

Our experts will be happy to advise on whether your call scripts are likely to constitute personal advice.

Westpac’s High Court submissions are that the Full Federal Court made three “related errors” when interpreting the objective test, which had the effect of collapsing what was only general advice into personal advice.

In Allsop CJ’s judgment in the case before the Full Federal Court, his Honour stated that:

The whole structure of the QM Framework, though assiduously trying to bring about the decision of the customer by general advice, was apt to lead to the implied recommendation that the customer should roll over their other superannuation accounts into their BT account and the conclusion that this could be seen by a reasonable person in the customer’s position as being done as a way of meeting and fulfilling their concerns and objectives in respect of consolidation.

Westpac submits that in doing this the Full Federal Court introduced a normative element not reflected in the text of the Corporations Act.  Westpac states that this interpretation of the Corporations Act conflates the customer’s personal circumstances with their best interests, imposing by default “quasi-fiduciary duties on a financial services provider”.[10]

Westpac’s argument is that, consistent with the approach of Gleeson J at first instance, the objective test is purely a factual determination as to whether a reasonable person in the recipient’s position might expect that the provider in fact considered the customer’s personal circumstances.

Meaning of the word “considered”

Westpac further argues that the Full Federal Court did not place due weight on the word “considered” when analysing the objective test (that is, whether a reasonable person might expect the provider to have considered the person’s objectives, financial situation and needs).

At first instance, Gleeson J held that “considered” required an active process of evaluation.  As we have previous discussed, this is a higher threshold than that applied by the Full Federal Court, which held that the ordinary meaning of “considered” in the context of section 766B(3) was to take into account, pay attention to or have regard to.

Meaning of the phrase “one or more of”

The objective test requires a Court to determine whether a reasonable person might expect the advice provider to have considered “one or more of those matters” (those matters being a person’s objectives, financial situation and needs).

Westpac argues each judge reached a different conclusion as to the meaning of the phrase “one or more of”, noting the following discrepancies between the various judgments:

Westpac argues for a purposive interpretation of the objective test, submitting that the correct construction is that the advice provider must consider the minimum personal circumstances of the customer relevant to the subject matter of the advice in question.

Westpac reasons that the purpose of the personal advice provisions is to ensure that a person who might reasonably expect to be receiving personalised advice in fact receives advice which has considered the person’s relevant personal circumstances necessary to give appropriate advice on the subject matter in question.

Westpac’s position is that a customer would not reasonably expect to receive free personalised advice which considered the customer’s minimum personal circumstances (objectives, financial situation or needs) relevant to a decision whether to roll over external super accounts.

ASIC’s own written submissions remain to be seen.

The High Court’s decision regrettably will not add guidance and authority on the efficiently, honestly and fairly licensing condition, but it will provide greater insight concerning the distinction between general and personal advice.  This will be useful in a range of applications including one of the key exemptions to the new anti-hawking regime (which we discuss here).

The HSF FSR Team will report on the case in detail as it develops.

[1] This is not a framework on how general or personal advice can be provided in a compliant manner, and this framework should not be used as a checklist for ‘signing off’ on scripts. 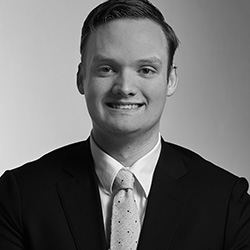