Remediation Round-Up – Who is the proper payee?

This edition of HSF FSR Australia Notes is the first in our series dealing with legal remediation issues arising from exercises undertaken post Royal Commission.

In this edition, as the title indicates, we examine the topical issue of where compensation payments should be made in a situation where multiple parties have been involved in the arrangements giving rise to a remediation exercise.

We start with some fundamental legal principles and proceed to examine some specific topical scenarios.

Remediation exercises can be differentiated in accordance with a myriad of factors and scenarios. One key factor is whether the remediation exercise arises on the basis of a fully-fledged legal obligation on the one hand, or an ex gratia basis on the other.

In our strong opinion, different legal results flow in each of these scenarios in terms of proper payee.

In a legal obligation scenario, compensation payments must be paid to the proper legal recipient of the monies, being the party who has the legal right to payment based on having the relevant cause of action.

In an ex gratia scenario, compensation payments could be paid to different entities who may not be the parties who would have the primary cause of action.

This distinction is explored in more detail below.

Payments to trustee vs members

Here, one must distinguish a number of different scenarios:

In Scenario 1, the trustee is party to the contract and usually would be the party who would have the legal cause of action and hence, the legal right to compensation. This is clearly the case where the trustee has entered into the contract for the benefit of relevant members, who are not privy to the contract with the third party. We deal with this scenario below in the context of a contract with a financial services licensee or representative relating to the provision of financial advice. The rationale for this conclusion is that the trustee has expended trust property and hence, it has the right and obligation to receive compensation payments.

In Scenario 2, the trustee is not the party to the contract. Rather, it is the member who is the party contracting with the third party. However, the trustee is still paying consideration for the contract out of trust property. In this scenario, we must distinguish between payments from the trust which are from general trust assets, as opposed to in the next scenario, where the payments from the trust are made from monies to which the relevant member is entitled. In a superannuation fund, these latter amounts would be vested entitlements of the member, payable to him or her on request in the ordinary course. Unrestricted non-preserved amounts (and pension entitlements) are a case in point. Where adviser fees are paid from such amounts, the analysis in Scenario 3 would apply. This scenario is explained in more detail in the next section.

The short of it is that where the trust pays contractual consideration from trust assets and the member is not entitled to the redemption proceeds of those assets, then the application of those assets will be typically an expense of the trust fund. Again, the trustee is the right party in terms of having the legal right to receive the remediation payments. The trustee would have needed to properly characterise that payment to the third party (i.e. contractual consideration) as a properly incurred expense of the fund.

When it comes to remediation payments, the trustee would again have the right and obligation to receive those payments (assuming again the remediation is in respect of a legal obligation of the paying entity, as opposed to an ex gratia payment).

The trustee is effectively acting as a paying agent, paying at the direction of the member. Once the member instructs the trustee to pay, then the monies cease to be trust property, the trustee is discharged from its trustee obligations and it has no right or liability to receive remediation payments. Of course, such a position could be altered by contrary provision made in the trust deed or by arrangement between the trustee and the relevant member.

Deep-dive into the three scenarios in an advice contract setting

It is possible, in a contract for financial advice, that the trustee has a contractual arrangement with the advice licensee/representative. The contract might take the form of an obligation of the adviser to provide advice to the member but the trustee:

In some cases, the scenario may be further complicated by reason of the member also having entered into some form of contractual arrangement with the adviser in parallel. This might take the form of agreeing a fee level with the adviser.

In truth, this last element alone would not usually constitute a contract between the member and the adviser. However, if the arrangement between adviser and member is broader than this, then this could involve a parallel contract. The implications of such a parallel contract are likely to be complicated but, in our experience, should not typically alter the basic premise presented above, which is that legally-based remediation payments should be properly paid to the trustee.

This scenario is more common in our experience and more straight-forward. Here, again the trustee pays the relevant contractual consideration from the trust fund. The payment, if made from general trust assets (and not from a vested entitlement of the member), would need to have been characterised as a proper expense of the trust.

Here, the proper payee of the remediation amounts is the trustee and in fact, the trustee has a legal obligation to be paid those amounts and to pursue them if necessary. So in a superannuation fund context, the payer of the remediation amounts would pay the trustee and the trustee would normally insist on those payments. Those payments would go back to become part of the trust corpus (in trust law parlance) of the superannuation fund and become part of the financial product in Corporations Act terms.

As mentioned above, the scenario we are describing is one where the payer has a legal obligation to pay and not an ex gratia scenario (discussed below).

As mentioned above, this third scenario encompasses the following types of payments made by a relevant recipient of the advice, who has an absolute vested entitlement to those monies by way of client direction to the trustee:

Here, the advised client will typically have given the trustee a one-off or standing instruction to pay the advice fee from the person’s assets held in the relevant trust.

It is crystal clear at law that such a payment on direction of the client is a payment made by the client where the direction would involve the redemption of units/an interest of the client (as would normally be the case). It follows that remediation payments can and should be paid to the client directly.

It follows that in the ordinary course, remediation payments should not be paid to such a trustee. In fact, a beneficiary may sustain loss if the payment is made to a trustee due to a fee or tax detriment. It is conceivable that the beneficiary could hold the payer of the compensation liable for any such loss

Finally, it is appropriate to make some observations in relation to the scenario of ex gratia payments.

There will be situations where it is not clear, or cannot be substantiated, whether or not financial advice was actually given and hence, whether the relevant contractual promise was met. In such situations, it is not uncommon for the relevant advice licensee/representative to make remediation payments on an ex gratia basis.

The issue here is whether the same principles articulated above apply. It seems to us that the answer is typically no.

If the payment is not based on a strict legal obligation, then there should be no prima facie reason why the remediation payments could not be paid to a client directly, even where the contractual consideration was paid from the trust fund.

This said, the payer will need to take care that it is not exposing itself to potential double liability should a claim based on the actual legal position materialise at a later stage.

It is beyond the ambit of the current article to traverse this last issue in any further detail as the position is complex and likely to be fact specific, as well as involving taxation considerations.

However, should you require more information in relation to this last point or any other aspect of this article, please do not hesitate to contact any of the HSF FSR team members below.

As mentioned above, this is the first in our series of Remediation Round-Up editions and more will follow in due course. If there is a remediation issue (or any other issue) you would like us to write about, please do not hesitate to contact one of our team members. 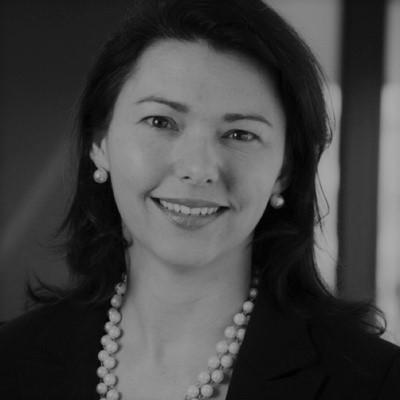