Smoothing out the Regulatory Rinkles: ALRC calls for reform on “efficiently, honestly and fairly”

In its first (interim) Financial Services Legislation Report published yesterday, the ALRC recognises the consensus among industry around the drafting of Chapter 7 that has created a proliferation of overlapping provisions and a labyrinth of definitions giving rise to unnecessary complexity. The ALRC, rather than having one or more top-level dolls concealing other dolls, is attempting to lay them all out on the table.

The ALRC proposed to clarify the “efficiently, honestly and fairly” cornerstone obligation for AFS licensees under section 912A(1)(a) of the Corporations Act. In particular, they recommend that the legislation:

The ALRC proposes that an alternative term to “efficiently” be used that corresponds with the meaning attributed to “efficiently” by the courts. They submit that the best fit is “professionally.” However, we suggest the best replacement is “competent.”

However, when you delve deeper, “professionally” does not appear to be aligned with the ordinary meaning of “efficiently” as intended in section 912A(1)(a). Indeed, Professor Latimer, as referenced in the ALRC Report, argues that the “tone” of efficient, or “the vibe of the thing”, is in the sense of being “adequately qualified or capable.”[5] And we agree.

If we are arguing that the replacement should be in accordance with the meaning established by the case law, then this should be competence. Indeed, the courts have held “efficient” to mean a person who performs their duties efficiently, meaning the person produces the desired effect, and is capable and competent. At a licensee level, “inefficiency” may be established by demonstrating that the performance of a licensee’s functions falls short of the reasonable standard of performance objectively expected of them.[6]

Further, as held by O’Bryan J in ASIC v Westpac[7] “one of the meanings of the word “efficiently”, and the meaning well adapted to the statutory provision, is competent, capable and having and using the requisite knowledge, skill and industry.”

Indeed, if you look at section 912A more broadly, “professional” is not referenced at all, but “competence” is referenced in the other general obligations of a licensee to ensure that its representatives have, and maintain, the necessary knowledge and skills to competently provide those services.

Competency would also be a better fit in the sense that section 912A(1)(a) is sliding scale that would vary according to the nature, scale and complexity of the licensee.[8]

Finally, using a “competency” yardstick would mean that a breach must involve conduct that is incompetent, which seems to be a reasonable basis for invoking and justifying a civil penalty provision. In other words, we are not talking about a trivial dereliction of duty, but something more serious. The term also houses sufficient fluidity to afford a court some degree of discretion to treat lower level dereliction as something less than incompetency. This, in combination, should avoid the central problematic aspect of “efficiency” as a yardstick; namely, as a standalone obligation, any inefficient conduct could mean a breach of a civil penalty provision.

The Report includes dozens of submissions to simplify and improve the Corporations law and we have only touched on one area. Now is your time to have your say on these potential areas of reform and submit your “Christmas wish lists”, due to the ALRC by 25 February 2022. The HSF team has extensive experience in assisting licensees to understand their cornerstone obligations and how to best put them into practice. Get in touch with one of our experts below. 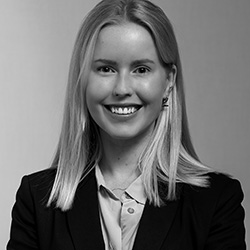