A “blot on English insurance law”

Insurers successfully avoided a policy on the grounds of inadvertent non-disclosure. The High Court commented on the different outcome that would have been available under the Insurance Act 2015 which comes in to force in August 2016, remarking that the stringent remedy of avoidance under the present law remains a "blot on English insurance law".

In Involnert Management Inc v AIS Insurance Services Limited [2015] EWHC 2225 (Comm), the claimant owned a luxury yacht, the Galatea, which it had insured for an agreed sum of €13 million, nominally the 'market value' of the yacht.

The insured had taken the policy through a producing broker in Greece, who then dealt with placing brokers in London. The yacht had initially been insured for its purchase price of €13 million in 2007 which, as it was a new yacht, was its market value at the time. Over successive policy renewals in subsequent years, however, the insured and its brokers gave little consideration to the actual market value of the yacht and the appropriateness of the sum insured.

Following a fire, the yacht was declared a constructive total loss and the insured sued insurers for the €13 million agreed value under the policy. In reality, the likely market value of the yacht at the time of inception of the policy was only €7-8 million.

The insured also brought proceedings again its producing and placing brokers for negligence.

Insurers argued that there had been a material non-disclosure under section 18 of the MIA. The MIA requires proof not only that there has been a failure to disclose a material circumstance but also that this induced the relevant underwriter to write the risk.

On the issue of material non-disclosure, evidence revealed that the owner (through its various agents) knew the yacht was worth less than the €13 million insured value through earlier valuations and had, in fact, listed the yacht for sale at €8 million. The insured sought to argue that the previous valuations and attempts to sell the yacht were not material and that, in any event, the failure to disclose did not induce the insurers to write the policy.

The Court rejected the insured's case that there had been a deliberate decision to insure the yacht for the purchase price. The Court found that in reality, the yacht was initially insured for the cost of purchase, the natural measure of 'market value' for a new yacht. However, the insured and its agents simply did not make a connection between advice received about the market value of the yacht and the renewal of insurance, leading to a divergence between the two.

Both sides presented expert evidence on the subject of materiality but the judge found that the most convincing witnesses were two former underwriters who gave evidence about their own underwriting practice as specialist yacht underwriters. One underwriter testified that the advertised sale price of the yacht or similar yachts was something that they would take into account for purposes of assessing the 'market value' of the yacht. Both underwriters gave evidence that they would usually rely on the owner to put forward a realistic and not inflated value, though they might call for a formal valuation in rare cases. The Court found the insured's non-disclosure was material and had induced the insurers to enter the contract which allowed insurers to avoid liability for the claim.

By contrast, insurers were unsuccessful in arguing that they could avoid the policy for misrepresentation under s 20 of the MIA in relation to a false statement of market value on the relevant proposal form.

The specific misrepresentation was that the insured believed the amount of coverage referable to the 'hull market value' of the yacht was €13m. While this statement was false, the defence failed on the factual question of inducement, that is, what the insurer would have done in the absence of that representation. Here a declaration was signed with a subjectivity; the production of a 'satisfactory proposal form' within seven days. The insured's agent later signed the proposal form for placement on the London market, making the relevant misrepresentation. The judge considered the effect of the subjectivity first, finding that the word 'satisfactory' meant a proposal form that the insurers subjectively accepted as satisfactory. The evidence, however, suggested that the underwriters, who had previously agreed to the amount of cover, would have signed off the proposal form even if the 'hull market value' had been left blank.

The Court also found in insurers' favour that the insured had failed to provide a sworn proof of loss within the 90 day time limit expressed in the policy.

Under the relevant clause, the insured agreed not only to notify insurers of every occurrence under the policy, but also to file "a detailed sworn proof of loss and proof of interest and/or receipted bills in case of a partial loss" within 90 days from the date of loss. The insured reported the casualty immediately to the insurers but did not provide a sworn proof of loss until more than four months after the expiry of the 90 day period.

The judge agreed with insurers that the purpose of such a requirement is to give insurers early sight of the evidence supporting a claim. Even though the insured had notified insurers of the loss straight away, and although the wording did not expressly make recovery under the policy subject to filing a proof of loss, the judge treated this requirement as a strict condition precedent as the clause was "quite specific and was not complied with."  On this basis, the judge found there was no reason to dispense with the requirement even where a detailed proof of loss might not be seen as adding anything to the information already given to the insurers.

Even if the policy had not been avoided, the failure to file a timely proof of loss would therefore have defeated the total loss claim under the Hull and Machinery part of the policy. As an aside, the insured might still have had a claim for partial loss under a different section of the policy.

Similarly, insurers successfully argued that the insured could not recover under the Hull and Machinery part of the policy because the insured had failed to give a valid notice of abandonment for its constructive total loss claim within a reasonable time, as required under ss 57 to 63 of the MIA. The policy stated that "notice of abandonment must be given with reasonable diligence after the receipt of reliable information of the loss", allowing a "reasonable time" for the insured to make inquiry in case of doubtful information. The insured in this case did not serve a formal notice of abandonment until two months after receiving a report which put it beyond doubt that the yacht was a constructive total loss. The judge remarked that even if a delay of a few days, or perhaps a little longer, might be justified to allow the insured to seek legal advice and instruct solicitors, a delay of two months without any excuse was fatal to the claim.

The result of the above failures was that even if the insured had been entitled to recovery, the clear effect of the policy wording was to restrict its claim to partial loss only. This final point was relevant for the insured's claim in negligence against its brokers, under which it was partially successful.

Claim against the brokers

Returning to the present case, the High Court dismissed the insured's claim against the placing broker on the basis that it did not owe a duty of care directly to the insured and did not commit any breach of duty of care owed directly to the producing broker. Various experts accepted it would be best practice to include a warning about the duty of disclosure on the proposal form. However, none of the broking experts provided support for a contention that it is the responsibility of a placing broker to take care to ensure that the client of the producing broker is warned of its duty to disclose all material facts when applying for insurance.

On the insured's case against its producing broker, the Court held that the broker was in breach of duty for failing to exercise reasonable care and skill in ensuring that the proposal form was properly completed. The Court found that this breach of duty caused the insured to enter into a voidable contract to insure the yacht for €13 million instead of a valid contract to insure the yacht for €8 million. If the form had been completed properly, the insured would have had a partial loss claim under the policy and the Court held the producing broker liable for €2m, the value of the partial loss claim.

Insurers in this case were entitled to avoid the policy entirely on grounds of innocent non-disclosure. This outcome for the insured drew criticism from Mr Justice Leggatt who highlighted that the insured's claim would have partially succeeded had the new Insurance Act 2015 applied.

The Court found that insurers would have agreed to insure the yacht for the lower sum of €8 million had all material circumstances been disclosed to them. The proportionate remedies available under the Insurance Act 2015 would have allowed the insured to recover the lower sum of €8 million. Leggatt J expressed a view that new legislation will bring some welcome flexibility to outcomes in such cases (at [186]):

"The consequence of the insured's breach of the duty of disclosure was therefore to induce the Insurers to insure the Yacht for €13m instead of €8m. The just result in these circumstances would be to treat the insurance as valid in a reduced amount of €8m. Such a result will be achieved in cases to which the new Insurance Act 2015 applies when the Act comes into force. Until then, however, it remains a blot on English insurance law that in a case of the present kind the insurer is permitted to avoid liability altogether. That is the law even though it puts the insurer in a better position as a result of the insured's innocent failure to make full disclosure than the insurer would have been in if full disclosure had been given."  (Emphasis added).

A further interesting feature of Leggatt J's judgment were the comments he made on the utility of calling expert evidence in brokers' negligence cases such as this. Leggatt J noted that once the general scope of a broker's duty to do (or not do) something has been established on the evidence, the question is then a "fact-sensitive exercise"; that is, did they comply with that duty? He noted that there is "a danger that the evidence of an insurance broker called as an expert witness will involve expressing opinions about the broker's understanding of the law". The Judge went further, stating that it should not be "automatically assumed" that expert evidence will be reasonably required "in every case where an allegation of negligence is made against an insurance broker", and suggested that parties give careful thought to its "legitimate and useful scope".

It remains to be seen whether those bringing or defending claims against brokers are content to take Leggatt J's suggestions to heart, or whether they will prefer to lead expert evidence unless prevented by the Court.

As to the implications for claims against brokers more generally, the judgment reinforces the vital importance that proper care and attention be paid to proposal forms, which are still often dealt with in an insufficiently careful manner. The judgment will be reassuring to placing brokers who act solely on instruction of producing brokers.

Finally, the case is a further reminder to policyholders that they must comply exactly with the procedural requirements of the policy or face the consequences.  The policy was clear about the requirements for a sworn proof of loss within 90 days and in relation to a prompt notice of abandonment.  The policyholder complied with neither obligation. 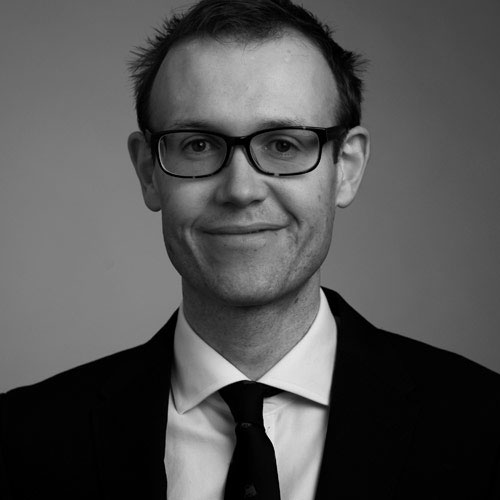