A key question in any litigation is whether the defendant can satisfy a judgment.  Where the defendant is both insolvent and insured a further issue is whether the claimant can ultimately recover payment from the insurer.  This may be possible under the Third Parties (Rights against Insurers) Act 1930 (“1930 Act“) but there are a number of significant hurdles for a third party to overcome before it can benefit from the application of the1930 Act.

On 1 August 2016, the Third Parties (Rights against Insurers) Act 2010 (“2010 Act“) finally comes into force and replaces the original 1930 Act (although the 1930 Act will still apply in cases where the insured both incurs liability to a third party and enters insolvency proceedings before 1 August 2016).

The 2010 Act is long-awaited, having received Royal Assent on 25 March 2010.  The 2010 Act provides for a less complex procedure for a third party claimant to claim directly against the insurer of an insolvent individual or corporate defendant. The new law will improve the position of third parties with claims against insolvent assureds.

In the ordinary course where a party that carries liability insurance incurs a liability to a third party, the insured party will make a claim on its insurance policy in respect of the liability and use the insurance proceeds to satisfy the third party claim.  In circumstances where the insured becomes insolvent before the third party is paid any insurance proceeds, those proceeds would simply become part of the insured’s general assets for distribution to creditors.  As a result the third party claimant for whom the money had in reality been earmarked would be confined to proving as an unsecured creditor in the bankruptcy or liquidation for his loss.  The 1930 Act sought to deal with this problem by effecting a statutory transfer of the insured’s rights against its insurer to the third party.  However, the 1930 Act has been criticised as it can be an expensive and time consuming process for third parties to pursue claims under it.  The 2010 Act seeks to address these criticisms.

Key Changes Under The Act

The key changes made by the 2010 Act are set out below. For further detail on the differences between the 1930 Act and 2010 Act please see our handy comparison guide.

The 2010 Act removes the need for two sets of proceedings by allowing a third party to proceed directly against the insurer as soon as the insured is the subject of an insolvency event and resolve issues relating to both the insured’s liability and policy coverage in the same proceedings.  The insured is not required to be a party to the proceedings.  However, the insured can apply to be joined as a claimant (if the insured has a claim under the policy over and above the liability in question, for example in respect of costs) or as a defendant (if, for example, the claim is one of professional misconduct and the insured has a reputation to defend).  In addition, the third party claimant can join the insured as a defendant if there is an element of uninsured loss that the third party wishes to pursue. In practical terms, however, given that the insured will be insolvent, it will be unlikely that any significant additional recovery could be achieved in this way.

This change in approach will have a number of clear benefits to a third party claimant:

In order to access the information, the third party must reasonably believe that:

On balance, it is hoped that the improved rights to information will be beneficial to insurers, insureds and third parties alike as they should reduce the number of speculative claims brought against insureds while providing third parties with better grounds on which to decide whether or not to bring a claim.

It is worth noting, however, that in reality the improved rights to information will have their limitations. In circumstances where an insured is not insolvent but is on the verge of insolvency or where a judgment against the insured will certainly put the defendant insured into insolvency, the third party claimant has no more right to information regarding the insured’s insurance position than any other litigant.

An insurer’s defences against an insured continue to operate against the third party so that the third party cannot be in any better position as against the insurer than the insured would have been.  However, the 2010 Act removes some of the more technical defences on which insurers have previously been entitled to rely under the 1930 Act regime. In particular:

The 2010 Act updates the lengthy list of qualifying “insolvency events” in order to bring it up to date with developments in company and insolvency law. This includes providing for rights to be transferred to a third party where an insured is facing financial difficulties and enters into certain alternatives to insolvency, such as voluntary arrangements between the insured and its creditors.

The 2010 Act also clarifies a number of uncertainties that existed in relation to the scope of the 1930 Act.  In particular:

Overall the Act represents a considerable advance on the previous legislation for third party claimants.  However, the impact on brokers and insurers may be onerous.

For brokers, the 2010 Act’s impact may be significant as they will have to deal with requests for information from potential claimants for the first time under the legislation.  Previously those requests would have come via the insolvent insured/insolvency practitioner.  The information which a potential claimant is now able to seek is relatively detailed and must be provided within 28 days, failing which the third party has a right to apply to court.

Insurers may face a greater number of claims brought by third parties against insolvent insureds given that the 2010 Act makes it easier and cheaper for third parties to bring claims.  In particular, aspects of the 1930 Act that may have dissuaded claims (such as the need to restore the dissolved company to the register) have been changed by the 2010 Act and the list of qualifying insolvency events is also more extensive under the 2010 Act.  Insurers’ liability may also be increased as certain defences are unavailable under the 2010 Act and there is a potential for increased costs’ liability.  However, it is important to remember that the third party cannot be in a better position vis-a-vis the insurer than the insured was itself. The insurer will not, therefore, be facing greater liability as a result of the insolvency of its insured than it would have faced through the ordinary operation of the policy. Insurers may also be assisted by the increased information requirements, as claimants will have access to insurance information and may therefore be dissuaded from making claims in borderline cases where the information reveals that there is a real question over coverage. 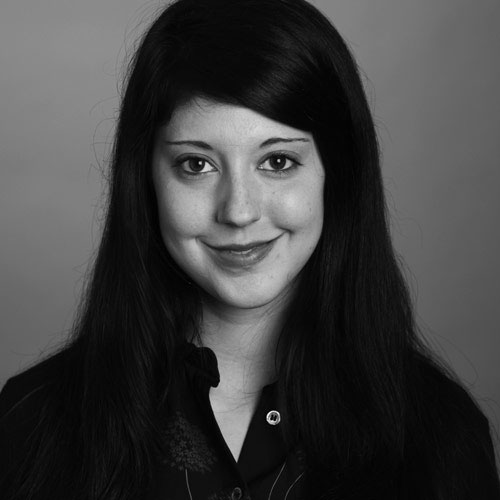