The Court of Appeal has upheld a decision of the Commercial Court that found an insurer could not rely on a notification condition precedent to avoid liability under a public and product liability policy.

The judgment in Zurich Insurance PLC v Maccaferri Limited [2016] EWCA Civ 1302 confirms the helpful guidance provided by the Commercial Court on the construction of phrases commonly seen in notification provisions in liability policies.

An employee sustained an eye injury at work when using a Spenax gun to attach wire caging together and consequently sued his employer. Various claims ensued including a claim against the insured company (the insured) that had hired the gun to the employer.

The employee’s accident occurred on 22 September 2011. The insured received a solicitors’ letter almost two years later (dated 18 July 2013) informing it that a claim was to be brought against it. This prompted the insured to notify its public and product liability insurer, Zurich, a few days later on 22 July 2013.

The insurer declined to provide an indemnity arguing that the insured had failed to comply with the following condition precedent relating to notification:

“The Insured shall give notice in writing to the Insurer as soon as possible after the occurrence of any event likely to give rise to a claim with full particulars thereof.”

The insurer sought to argue that the insured should have given notice to the insurer much earlier, either by October 2011 (shortly after the accident/event had occurred) or by June 2012 (for reasons which we do not need to go into here).

The insurer also argued that the use of the words “as soon as possible” indicated that the obligation to notify arises when an insured could with reasonable diligence discover that an event was likely to give rise to a claim. The insurer sought to argue for an extended meaning to the words “as soon as possible” which would import an obligation on the insured to be ‘proactive’ or would imply a duty of inquiry. It argued that this was supported by the obligation to provide the insurer “with full particulars thereof” which suggested that time may be required for those purposes.

At first instance, Mr Justice Knowles in the Commercial Court rejected the insurer’s arguments and found there had been no failure by the insured to comply with the condition precedent. The insurer was, therefore, obliged to indemnify the insured under its public and product liability policy.

On the meaning of the words “as soon as possible”, the Court held that this simply referred to the promptness with which notice was to be given once there had been an event likely to give rise to a claim. The words did not indicate an implied duty of reasonable inquiry as the Court held that there was “no room…for…a continuing or 'rolling assessment' of claim likelihood to be required of a policyholder when the policy does not provide for it.”

The Court of Appeal upheld the decision of Knowles J.

The Court of Appeal rejected the insurer's submissions on the construction of the condition precedent set out above, noting "[i]f Zurich wished to exclude liability it was for it to ensure that clear wording was used to secure that results. It has not done so." The Court went on to say "given the nature of the clause the ambiguity must be resolved in favour of [the insured]. Clauses such as these need to be clear if they are to have effect."

Having considered the relevant authorities, the question for determination was whether, when the event occurred (an occasion not limited to the exact moment) it was likely to give rise to a claim. It was noted that that will depend on whether, in light of the actual knowledge that the insured then possessed, a reasonable person in his position would have thought that it at least 50% likely they a claim would be made.

The Court of Appeal found that when the incident occurred, on the facts then known to the insured, it was not at least 50% likely that there would be a claim. In reaching this conclusion the Court considered the circumstances of the case, relevantly that the insured had not been informed that someone had been seriously injured. Clarke LJ also considered that the gun being at fault was "no more than a possibility and there were many others."

The Court of Appeal quoted the decision of Knowles J at first instance:  "[t]rue the accident was very serious: someone had lost their sight. But that seriousness does not increase the likelihood that the allegation would be that there was a fault in the gun. At least in context, the likelihood of a claim cannot simply be inferred from the happening of an accident: see Jacobs v Coster and Avon Insurance. A possibility of a claim is not enough to engage the obligation [to notify]."

Although the insured in this case obtained a favourable outcome, notification clauses continue to remain a trap for the unwary and are often a source of dispute between insureds and insurers.

Both the appeal and the first instance judgments, serve as a reminder that it is crucial that policyholders are aware of the notification provisions in their policies and when their obligations to notify are triggered. This is particularly so when obligations to notify are expressed to be conditions precedent to insurers’ liability such that any failure to comply strictly with the wording of a clause will be fatal to a claim, regardless of whether insurers have suffered any prejudice. Insureds and their brokers should consider whether it would be possible to replace conditions precedent in their policies with bare conditions.

The appeal judgment also reminds insurers that should they wish to exclude liability they will need to ensure the provisions of the policy are clearly worded and without ambiguity.

In determining whether a notification obligation has been complied with, the wording used in the clause is important. By way of example, the outcome in this case may have been different if the phrase “may give rise to a claim” had been used in the policy instead of “likely to give rise to a claim”, as this entails a lesser threshold before the insured’s notification obligations are triggered. Please see by way of example the comments of Mr Justice Rix (as he then was) in J Rothschild Assurance plc v Collyear [1999] Lloyd’s Rep. I.R. 6.

As a matter of practice, policyholders should ensure that they have clear reporting lines in place, especially within large organisations, to ensure that notification provisions can be complied with strictly. Policyholders may also wish to consider seeking wording in their notification clauses with which it is easier to comply (such as notification “as soon as reasonably practicable” rather than “immediately” or by reference to a fixed term). 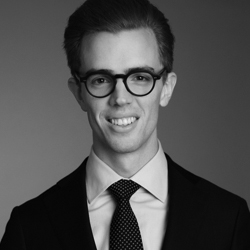