Brokers’ negligence – guidance on the scope of the duty and causation

In his decision, the Judge provided a useful recap on brokers’ duties, in particular their duty to advise clients on their pre-inception duties of disclosure. Of particular note, he also considered how causation should be analysed in brokers’ negligence cases where the insured has not pursued the claim against its insurer to settlement, judgment or award. His conclusion – which will be well received by brokers – was that whether a good defence to the policy claim was available to an insurer will be assessed on the balance of probabilities (i.e. a yes/no basis), and not a loss of a chance basis. Whether there was another defence available to the insurer, for which the broker was not responsible, will likewise be assessed on the balance of probabilities, although the issue of whether the insurer would have pursued that point is to be assessed based on loss of chance.

As is often the case in brokers’ negligence claims, much turned on the particular facts of the case, so it is important to understand the background.

Doumac Ltd (trading as Eurocycle) operated a waste recycling business at premises leased from another company, Widnes. Both companies were owned by members of the same two families. The defendant, Butterworth Spengler (Butterworth), was from September 2010 retained by both Doumac and Widnes as their insurance broker.

For the policy year commencing 25 August 2010, Doumac purchased (amongst other things): (1) property insurance issued by Novae covering the buildings; and (2) contractor’s all risks (CAR) cover with XL covering its plant and machinery. Widnes had in place buildings and property owners’ liability cover with Novae.

In February 2011, Butterworth and Doumac/Widnes discussed whether business interruption (BI) cover should be obtained. Butterworth obtained quotes and was instructed by Doumac to put in place increased cost of working (ICOW)/additional ICOW and stock debris removal cover (but not gross profit cover) with Novae. All other policies were renewed for the 2011/12 policy year.

In January 2012, a storm caused damage to the premises. XL indemnified Doumac for damage to plant and machinery, and Novae settled Doumac’s claim under its ICOW cover. The storm damage led to a build-up of waste stored outside the buildings on the premises, and in late January 2012 an Environment Agency (EA) inspection concluded this was a breach of license. As a result of that breach, Novae cancelled its policies.

Butterworth obtained a quotation from Aviva (underwriting through Core Underwriting) to replace Novae as Doumac and Widnes’ property insurer. The quotation stated that it was a condition precedent to Aviva’s liability that waste stored outside should be kept a specified distance from buildings and boundaries (External Storage Condition). The cover incepted on 15 March 2012. As required by the policy, Aviva undertook a survey on 17 July 2012, which identified breaches of the External Storage Condition. The survey report was provided to both Butterworth and Doumac.

By this time, Doumac’s finances had deteriorated and it ceased trading on 31 July 2012. Its directors set up a new company, JLS, to take on parts of Doumac’s business, including most of the plant and machinery. Widnes agreed JLS could operate from its premises under a licence.

Butterworth was informed of the insolvency on 1 August 2012 and instructed to transfer Doumac’s policies to JLS to allow it to operate. Butterworth contacted property insurer, Aviva, through Miles Smith London Market Broking (Miles Smith, a broker in Core Underwriting’s group) “to note change of name following Ecocycle going into administration” and the following day Butterworth informed their main contact in Miles Smith “of a change of a trading name. All risk details, process and material facts remain the same”. The XL CAR policy covering the plant and machinery was renewed in the name of JLS on 25 August 2012.

There was a fire at the site on 21 October 2012. The premises were destroyed and the remains of the buildings had to be demolished. Claims were made: (1) by JLS and Widnes under the property insurances with Aviva; and (2) by JLS under the CAR cover with XL for damage to plant and machinery. Both insurers argued the policy was voidable due to a number of material misrepresentations/non-disclosures and Aviva alleged they were invalid due to breach of the External Storage Condition.

Claim against the broker

JLS and Widnes assigned to Dalamd their rights under the Aviva and XL policies and claims against Butterworth.

No proceedings were commenced against Aviva or XL, but Dalamd commenced proceedings against Butterworth. Dalamd alleged that Butterworth had (a) failed to give its clients adequate guidance on their disclosure obligations to insurers and the meaning and effect of the External Storage Condition; (b) failed to obtain insurance which was not subject to an argument it was voidable, and (c) did not advise JLS to obtain loss of gross profit BI insurance or Widnes to obtain insurance for loss of rent. Butterworth denied the allegations.

The Judge rejected Butterworth’s more technical arguments that: (a) the assignments to Dalamd were ineffective; and (b) there could be no claim under the XL policy as JLS had no proprietary interest in the plant and machinery. However the main focus of the judgment was on whether there was a breach of Butterworth’s duty and, if so, whether that breach caused loss.

Butcher J summarised the law on broker’s duties, including the duty to take reasonable care to warn the client of the duty to disclose and assist them in identifying matters to be disclosed (per Jones v Environcom [2010] Lloyd’s Rep IR 676). He then considered each alleged breach of duty in turn. He found that Butterworth had breached its duties in three respects:

Dalamd argued that was not required: the broker had a duty to protect its client from unnecessary risks, including the risk of litigation. However the Judge held that Dalamd’s position was not supported by authority and could produce anomalous results: an insured would be able to choose not to pursue the insurer but instead proceed against the broker and recover the entire indemnity, notwithstanding the insurer’s defence was clearly a bad one. Although an insured who settles at a discount due to uncertainty introduced by the broker in breach of its duty may claim the shortfall from the broker, there was no authority to suggest that the court would award damages in circumstances where the insured had not even settled with insurers and there was no finding or concession that the policy was voidable. Rather, in these circumstances the insured must show that the policy claim would have failed, with that issue to be determined on a yes/no basis (i.e. as a matter of law, if and insofar as applicable, or insofar as issues of fact arise, on a balance of probabilities).

He then concluded the following on causation:

Hence, while Butterworth had breached its duties in three respects, only the breaches in relation to the XL policy were causative of any loss.

In summary, therefore, Dalamd could not recover from Butterworth in respect of any sums indemnified under the Aviva policy. Nor could it recover any damages in respect of loss of the chance to purchase gross profit business interruption or loss of rent cover. Dalamd was, however, entitled to recover damages in the value of the plant and machinery of up to £1.6m.

Like Environcom¸ the Dalamd case involved a fire at a waste processing facility which led to allegations of broker negligence. As in Environcom, the Judge had to grapple with questions of the scope of the broker’s duty to advise its client, and counter factual questions as to what might have happened if the broker had fulfilled its duties.

On broker’s duties, the scope of what is required will depend in part on the nature of the insured and the risks involved. Brokers should take particular care to ensure that information provided to the insurer at placement and when varying the policy is accurate and not liable to mislead. As this case demonstrates, where the insured is insolvent, the broker must give precise information about what is really happening and ensure that their client is properly advised – characterising a change of insured due to an insolvency event as a change of name is not good enough. The case is also a useful reminder that material non-disclosure or misrepresentation by one insured will not necessarily affect their co-assured, who is treated as having a separate contract with the insurer.

In good news for brokers, the case also provides helpful guidance on the test the court will apply when considering causation in brokers’ negligence claims, in circumstances where the claim against insurers was not settled or progressed to judgment or award. Whether a legal defence would have been available to an insurer will be assessed on the balance of probabilities. As such, where insurers raise arguable coverage defences, and limitation issues aside, insureds should be cautious about jumping the gun and pursuing claims solely against their broker in circumstances where the coverage claim has not been settled or otherwise determined. 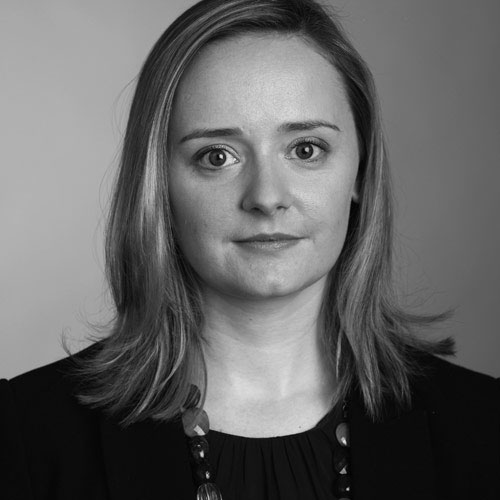