The Supreme Court has overturned the Court of Appeal’s decision in Travelers Insurance Company Ltd v XYZ [2019] UKSC 48 in a landmark decision on the question of insurers’ liability for costs under section 51 of the Senior Courts Act 1981 (section 51 SCA).

The decision, which is welcome news for liability insurers, brings some much-needed clarity to the question of when an unsuccessful party’s insurer can be held liable for another party’s costs in litigation.

Amongst other things, section 51 SCA provides that the costs of and incidental to all proceedings in the High Court shall be in the discretion of the court, and the court has full power to determine by whom and to what extent the costs are to be paid. Its application has previously been somewhat uncertain.

In 2012, a number of claims were brought under a Group Litigation Order (GLO) in respect of defective breast implants, 623 of which were brought against Transform Medical Group (CS) Ltd (Transform), a private hospital which had supplied the defective implants.

Transform had a product liability policy in place with Travelers Insurance Co Ltd (Travelers) in relation to 197 claims made against it, but was uninsured in respect of the remaining 426 claims.

In April 2014, Transform’s insurance position was revealed to the Claimants’ solicitors, by which time expert evidence showed that it was likely that the Claimants would be successful against Transform.

In June 2015 Transform entered insolvent administration and in August 2015, the covered claims were settled, with Travelers paying both damages and an agreed portion of common costs referable to the covered claims.

The action in respect of the uninsured claims led to judgment in default being entered in May 2016. Transform was insolvent and unable to pay damages or costs, thus the Claimants sought to recover the balance of their common costs (ie costs common to the insured and uninsured claims), from Travelers.

In January 2017, Lady Justice Thirwall (as she by then was) made an order that Travelers pay the Claimants’ costs under section 51 SCA even though they did not provide insurance in respect of such claims. The Court emphasised the following facts:

Travelers appealed to the Court of Appeal arguing that, in order to establish liability under section 51 SCA, the Court must be satisfied that the insurer controlled the litigation in its own interest to such an extent (and to the exclusion of the interests of its insured) that it could be said to be the ‘real party’ to the litigation. Travelers argued that this could not be said in the present case because it had not acted contrary to the insured’s interests and that the fact that there was a joint retainer with their solicitors meant that Travelers had not overstepped the mark to allow a costs order against it.

The Court of Appeal disagreed and upheld the High Court’s decision, finding that the question of whether a case was “exceptional” so as to allow for a non-party costs order under section 51 SCA is to be judged by reference to the range of cases which come before the courts, not simply by reference to what may be exceptional for liability insurers.

Therefore, the Court of Appeal agreed that this case was exceptional for the reasons emphasised by Thirwall LJ at first instance, accepting that she had directed herself to the correct question, namely whether it was just to make the order and had made a value judgment on that question which as trial judge she was entitled to make.

The Supreme Court took this case as an opportunity to “review [the] developing jurisprudence” around section 51 SCA costs orders, acknowledging that the English courts have “struggled to identify principles applicable across the board to the exercise of the jurisdiction to make a costs order against a non-party, save at the very highest level of generality.”

In doing so, Lord Briggs’ judgment sets out some helpful “concluding propositions” on the question of when a non-party costs order may be made:

Helpfully for liability insurers, Lord Briggs (giving judgment for the majority, Lords Reed and Sumption concurring separately) shared Lord Reed’s concerns about the “lack of content, principle or precision in the concept of exceptionality as a useful test” for deciding whether insurers should be liable for another party’s costs. In addition, Lord Briggs saw this case as an occasion to consider in more granular detail the principles which ought to apply specifically to liability insurers in these cases.

Lord Briggs commented that he thought the two bases for liability for a section 51 SCA costs order under the Chapman Ltd v Christopher [1998] 1 WLR 12 case, namely by ‘intermeddling’ or becoming the ‘real party’, were preferable to the exceptionality test, which is an “elusive concept“.

Claims within the scope of cover, but where costs exceed the Limits

In cases where some part of the claim is or may lie outside the limits of cover, the insured has “at least a prima facie joint interest” in the outcome with the insurer. As a result, where claims fall within the scope of insurance, Lord Briggs’ view is that the ‘real defendant’ test will usually be the appropriate one to apply in determining whether a non-party costs order should be made against the insurer.

Claims outside the scope of cover

The Supreme Court took the view that in cases, such as the present, which concerned costs to be recovered against the insurer in the successful conduct of a claim against the insured defendant which lies outside the scope of cover, it was the ‘intermeddling’ test which should be applied.

Importantly, the ‘intermeddling’ test is not satisfied merely by showing that an insurer has taken control of the litigation, but what must be measured is the nature and extent of the insurer’s involvement as against the alleged justification for it. As such, the question of whether the insurer has become involved because of contractual obligations (in this case, to defend the whole claim where it involved common factors) is likely to be highly relevant. If the insurer has not gone beyond the confines of its contractual obligations, its liability as an ‘intermeddler’ may, in Lord Briggs’ words, “be very hard to establish“.

As a result, the Supreme Court found that the “key feature” in the present case was the fact that the present claims were wholly uninsured and, therefore, the uninsured claimants could have no real expectation (if successful) of recovering their costs from Travelers “unless those costs were incurred as a result of some unjustified intervention in their claims“.

Where there is a connection between insured and uninsured claims

In these circumstances, the Supreme Court considered that it may well be legitimate for the insurer to have some involvement in, or even fund, the litigation. This is especially so where, as in the present case, there is a “very close connection” between the claims, raising “common issues to be tried“, and that insurers’ involvement in the uninsured claims is of a “limited nature“.

Causation remains important and a party seeking a section 51 SCA order must show a causative link between the non-party’s conduct and the incurring of costs.

Similarly, the Supreme Court found that Travelers’ advice not to disclose the existence of insurance was one which fairly reflected its rights as insurer and was not properly contributory to the making of a section 51 SCA order. The Supreme Court considered that this was “unlikely” ever to amount to relevant conduct so long as the law continued to allow such non-disclosure.

The Supreme Court was not as “deeply affected” by the asymmetry as the courts below it. The Court pointed out that there are “numerous” situations where there is asymmetry or a lack of reciprocity in costs consequences, citing legally aided opponents and those with the benefit of Qualified One-way Cost Shifting in personal injury cases.

Contrary to the lower courts, the Supreme Court held that the asymmetry in this case was a factor weighing against making a non-party costs order against Travelers because (i) the asymmetry was not in itself the result of Travelers’ defence of the uninsured claims and (ii) the Claimants chose to undertake a several-only costs burden regardless of whether their claims were insured, taking the risk that they would not recover their full outlay.

Based on this reasoning, and especially because of the (misplaced) weight the Court of Appeal put on the asymmetry/reciprocity point, the Supreme Court allowed Travelers’ appeal.

The issue of non-party costs orders under section 51 SCA will become of ever greater importance (both to insurers and other litigation funders) with what the Supreme Court referred to as the “endless development of novel ways of funding the ever-increasing costs of civil litigation.”

This decision should bring some welcome clarity to this area of law, especially with the heavy criticism of the ‘exceptionality’ test which, it may be thought, never sat well in the context of liability insurers and was at best opaque in any event.

The Supreme Court has signalled that a divergent approach is to be adopted between cases which involve insured claims (but where costs exceed the limits of cover) and those which concern uncovered claims. In particular, the return to prominence of the ‘intermeddling’ test should be welcomed by insurers and practitioners alike: for practitioners, because the test has a long history of case law behind it drawn from the historical aversion to champerty and maintenance; for insurers because, as Lord Sumption noted (concurring separately), cases in which a costs order may be made against a liability insurer on this basis are “likely to be rare“. 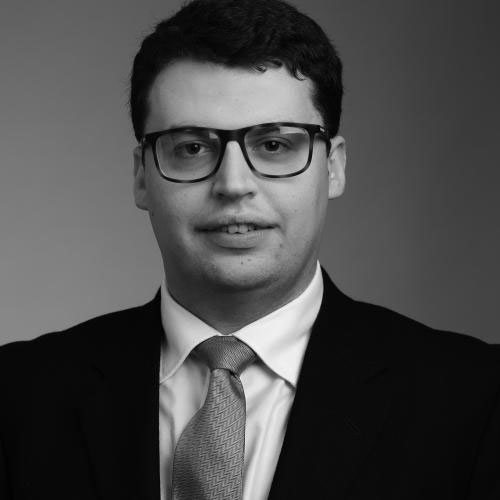