On 7 September 2020, the mature-savings business (the “Business”) of Legal and General Assurance Society Limited (“LGAS”) transferred to ReAssure Limited (“ReAssure”). That transfer was the result of an agreement signed in December 2017, under which ReAssure agreed to purchase the Business for £650m. At the time of the transfer, the Business comprised over 900,000 insurance policies and over £30bn of assets. This included LGAS’s with-profits fund, which accounted for over £20bn of assets.

As is typical in a transaction of this type, while the economic benefits and risks of the Business had been contractually transferred between the parties from 1 January 2018, the expectation when signing the agreement was that the Business would be legally transferred under Part VII of the Financial Services and Markets Act 2000 (“FSMA”). Part VII transfers are effected by way of a scheme document, which must be sanctioned by the High Court. Herbert Smith Freehills acted for ReAssure, while Slaughter and May acted for LGAS. The parties appointed Martin Moore QC as joint counsel for both parties.

The scale and complexity of the Business was such that the court’s judgment was always likely to be of interest within the insurance sector. In August 2019 Mr Justice Snowden had issued a judgement (the “Pru/Rothesay Judgment”) that (for the first time in any Part VII transfer) declined to sanction a transfer of annuities from Prudential Assurance to Rothesay Life. Consequently, the transfer from LGAS to ReAssure was of even more interest within the insurance sector, and was also closely watched by those in the banking sector, where Part VII transfers are also used.

On 20 August 2020, Mr Justice Zacaroli issued a lengthy judgment (the “LGAS/ReAssure Judgment”), which explained why it was appropriate to sanction this scheme. In doing so, the judge gave thoughtful responses to a range of objections that policyholders had raised, as well as in respect of issues that arose from the scheme proposed by ReAssure and LGAS. The following are the most important themes to come from the judgment:

The LGAS/ReAssure Judgment also has some important clarifications on the law connected with Part VII transfers. It expressly confirms that approving “sunset” clauses, which generally aim to address issues that arise when a with-profits fund becomes too small to be efficiently operated, is within its jurisdiction and can be approved where those clauses are subject to appropriate safeguards. The judgment also helpfully clarified that the SIPP part of the Business, which had insurance and non-insurance elements, could be transferred under the court’s ancillary powers.

Additionally, the judge addressed a number of objections from policyholders about the fairness of the Part VII process. These included that the policyholders were not able to co-ordinate their response, did not have the same access to legal advice as ReAssure and LGAS and were unsure as to the independence of the independent expert (the “IE”). Having considered the Part VII process overall, however, Zacaroli J concluded that the policyholders have sufficient opportunity to make objections, that these objections were given considerable consideration, that the objections had been fairly presented to the court and that the fact that FSMA did not provide a means for co-ordinating objections and providing policyholders with legally qualified representation did not render the Part VII process unfair. The judge also firmly rejected the challenges to the IE’s independence, saying that he was satisfied that Mr Gillespie of Milliman had “properly carried out his obligation as an independent expert in this case”.

The LGAS/ReAssure Judgment is undoubtedly good news for insurers and banks that want to use the Part VII process. In particular, the court’s approach to distinguishing the current transfer from the transfer from Prudential to Rothesay is helpful, and will allow many schemes to go ahead without the parties being unduly concerned about falling foul of the Pru/Rothesay Judgment.

It is not, however, true to say that the Pru/Rothesay Judgment (at least pending the outcome of the planned appeal) has no ongoing impacts. The following points remain relevant, even if the extent of that relevance will vary from scheme to scheme:

One other area of interest was the extent of attention that the judge gave to the reports from the IE, the PRA and the FCA. In quite a few instances, the judge asked for information beyond that contained in the IE’s report, and was clear in his judgment that he needed to have all information necessary to satisfy himself that any opinion of the IE was “soundly based”. This was particularly the case in areas where the Covid-19 pandemic had given rise to increased uncertainty. For example, the judge insisted on receiving solvency ratios that were as current as possible for both the transferor and transferee so that he could satisfy himself (in line with the conclusion of the IE) that volatility in financial markets as a result of the pandemic had not given rise to a reason to change the view that it was appropriate to sanction the scheme.

Similarly, the judge required further information as to the methodology used by the IE when assessing that the implementation of the scheme would not have a material adverse effect on the standards of administration and service experienced by LGAS and ReAssure’s policyholders. While a judge will always pay close attention to the reports from the IE and the regulators, it is probably safe to assume that the court will require more information than usual where there is a particular reason for uncertainty, as was the case here due to the effects of the Covid-19 pandemic. 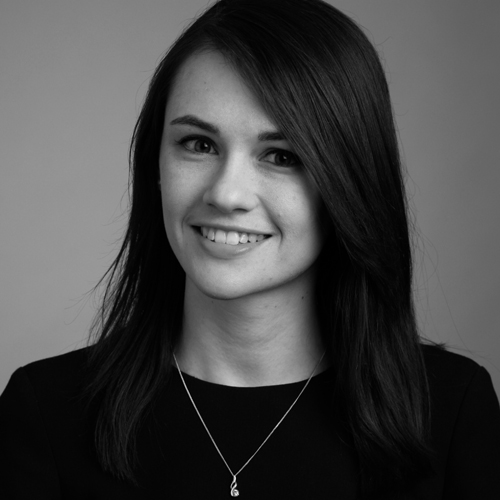