The UK Supreme Court has handed down its judgment in Halliburton Company (Appellant) v Chubb Bermuda Insurance Ltd [2020] UKSC 48, a case concerning arbitrator conflicts in the context of an insurance dispute and the most significant decision on English arbitration law in nearly a decade.

The Halliburton judgment is now the leading English law case on arbitrator conflicts. Importantly, the decision has clarified how apparent arbitrator bias will be assessed by the English courts, refining the test in the context of arbitration. While the arbitrator challenge was not successful in this case, the judgment has re-emphasised the importance of arbitrator impartiality in English-seated arbitration.

Claims arising out of the Deepwater Horizon incident were made against Halliburton, which had provided offshore services in relation to the project. Halliburton then sought to claim in turn under its Bermuda Form excess liability insurance policy with Chubb, governed by New York law and subject to London-seated ad hoc arbitration. Chubb rejected the claim and in January 2015 Halliburton commenced arbitration against Chubb.

The policy contained the standard Bermuda Form arbitration clause which provided for arbitration by a tribunal of three arbitrators, one appointed by each party and the third by the two arbitrators so chosen. As the parties were unable to agree on the selection of the presiding arbitrator, in accordance with the arbitration clause the English High Court appointed Kenneth Rokison QC in June 2015. Mr Rokison had been proposed by Chubb, but Halliburton had opposed his appointment on the grounds that Mr Rokison was an English lawyer, whereas the policy was governed by New York law.

Before he was appointed in June 2015, Mr Rokison disclosed that he had previously been an arbitrator in arbitrations involving Chubb, including some appointments on behalf of Chubb. The judgment does not set out the number of appointments involved, or the timescales. He also disclosed that he was acting as arbitrator in two current arbitrations involving Chubb.

After Mr Rokison took up his appointment in the arbitration between Halliburton and Chubb, he accepted two appointments in additional arbitrations relating to the Deepwater Horizon incident: (a) in December 2015, he was appointed by Chubb in an arbitration relating to a claim under the same excess liability cover, which Chubb had sold to another insured party, Transocean; and (b) in August 2016, he was appointed by Transocean, in an arbitration relating to a claim Transocean was bringing against a different insurer that related to the same layer of insurance. Mr Rokison did not disclose the December 2015 and August 2016 appointments to Halliburton, but Halliburton became aware of them in November 2016.

Halliburton then asked Mr Rokison to resign, but he stated that he did not feel he could do so, as he had been appointed by the court. Mr Rokison noted that the issues under consideration were neither the same nor similar. He stated that he had been independent and impartial throughout and that this would continue to be the case. Halliburton then made an application to the English court for his removal under s24 of the Arbitration Act 1996. The application was unsuccessful and Halliburton then appealed to the Court of Appeal, which also rejected the challenge. Halliburton appealed to the Supreme Court.

The two main issues before the Supreme Court were:

Halliburton took the position that there was apparent unconscious bias on the part of Mr Rokison. Halliburton’s case was based on the suggestion that the situation “gave Chubb the unfair advantage of being a common party to two related arbitrations with a joint arbitrator while Halliburton was ignorant of the proceedings” in the later arbitrations and “thus unaware whether and to what extent he would be influenced in [the Halliburton/Chubb arbitration] by the arguments and evidence in [the Transocean/Chubb arbitration]”. Halliburton contended that Chubb would be able to communicate with the arbitrator, for example via submissions and evidence submitted in the later proceedings, on questions that might be relevant to the arbitration between Halliburton and Chubb. Haliburton took the position that apparent bias was also made out by Mr Rokison’s failure to disclose his later appointments to Halliburton. There was also a suggestion that Mr Rokison “did not pay proper regard to Halliburton’s interest in the fairness of the procedure”.

The Supreme Court emphasised the importance of impartiality in arbitration, highlighting that impartiality had always been a “cardinal duty” for arbitrators. Given that there was no allegation that the arbitrator was actually biased, the court was only concerned with whether there was an appearance of bias. It was well established that the correct legal test was “whether the fair-minded and informed observer, having considered the facts, would conclude that there was a real possibility that the tribunal was biased.”

The Supreme Court considered how the hypothetical observer is taken to be “informed”. This meant, quoting an earlier case, that “before she takes a balanced approach to any information she is given, she will take the trouble to inform herself on all matters that are relevant…She is fair-minded, so she will appreciate that the context forms an important part of the material which she must consider before passing judgment.” When the apparent bias test is applied to arbitrators, the distinctive features of arbitration must therefore be taken into account. This includes a consideration of the private nature of arbitration, and the very limited rights of appeal. The Supreme Court also referred to the appointment process for arbitrators, noting the potential for party nomination and that there may be a “financial interest in obtaining further appointments as arbitrator”. It also observed that arbitrators may be non-lawyers with only limited experience of arbitration and may be from a variety of jurisdictions and legal traditions, with a range of views on arbitrator ethics.

The Supreme Court emphasised that, due to the private nature of arbitration, where an arbitrator is appointed in multiple overlapping arbitrations the non-common party cannot discover what evidence or submissions have been put before the tribunal, or the arbitrator’s response. The Court also had regard to the range of understandings in relation to the role and duties of party-appointed arbitrators, recognising that some parties may expect party-nominated arbitrators to be pre-disposed towards their nominating parties, while the chair has a particular role to play in ensuring the tribunal acts fairly. While taking these differing perspectives into account, the duty of impartiality applied in the same way to every member of the tribunal and “the party-appointed arbitrator in English law is expected to come up to precisely the same high standards of fairness and impartiality as the person chairing the tribunal”.

While the professional reputation and experience of an individual arbitrator was a relevant consideration in assessing whether there was apparent bias, the Court noted this was likely to be a factor accorded only limited weight.

The Supreme Court confirmed that an arbitrator is under a duty to disclose facts and circumstances which would or might reasonably give rise to the appearance of bias. The Supreme Court held that compliance with this duty should be assessed with regard to the circumstances at the time the disclosure fell to be made.

The Court noted that several of the arbitral institutions and organisations which had been given permission by the Court to intervene in these proceedings, had argued in favour of the recognition of a legal duty of disclosure. The Court stated that this legal duty furthered transparency in arbitration and was in alignment with the best practice set out in the International Bar Association Guidelines on Conflicts of Interest in International Arbitration (the “IBA Guidelines”) and the approach taken by several arbitration institutions. The Court said that the IBA Guidelines “assist the court in identifying what is an unacceptable conflict of interest and what matters may require disclosure” but emphasised that they are non-binding.

The Supreme Court stated that an arbitrator may have to disclose acceptance of appointments in multiple overlapping arbitrations with only one common party, depending upon the customs and practice of the type of arbitration in question. The judgment explores in some detail the need to consider the duty of confidentiality in determining what information about potential conflicts may be disclosed.

The Court also explored the relationship between the duty to disclose and the duty of impartiality and concluded that failure to disclose will be one factor which the fair-minded and informed observer will take into account in considering whether there was a real possibility of bias. However, the Court held that questions of disclosure and apparent bias fell to be assessed at different times. Whereas the question of whether there was a failure to disclose was analysed as at the time the alleged duty of disclosure arose, the question of whether the relevant circumstances in any case amount to apparent bias must be assessed at the time of the hearing of the challenge to the arbitrator.

The Supreme Court held that failure to disclose appointment in overlapping arbitrations is capable of demonstrating “a lack of regard to the interests of the non-common party” and may in certain circumstances therefore constitute apparent bias.

The Court held that, in the context of the Bermuda Form arbitration between Halliburton and Chubb, the Arbitrator was required to disclose the multiple appointments in question. This was because there was no established custom or practice in Bermuda Form arbitration of allowing an arbitrator to take on multiple and overlapping appointments without disclosure. Mr Rokison was therefore under a legal duty to disclose his appointment in the subsequent overlapping proceedings because, at the time of appointment in those arbitrations, those appointments might reasonably give rise to the real possibility of bias.

However, the Supreme Court concluded that the fair-minded and informed observer would not determine that there was a real possibility of bias. This was because:

i. At the time the disclosure fell to be made there had been uncertainty under English law about the existence and scope of an arbitrator’s duty of disclosure;

ii. The time sequence of the arbitrations may have been an explanation for the non-disclosure to Halliburton;

iv. Mr Rokison had not received any secret financial benefit; and

v. Mr Rokison’s response to the challenge had been “courteous, temperate and fair…and there is no evidence that he bore any animus towards Halliburton as a result”.

Although the Supreme Court noted that challenges of this kind have “rarely succeeded” and also noted that the objective observer at the heart of the apparent bias test will be “alive to the possibility of opportunistic or tactical challenges”, this judgment has emphasised the importance of arbitrator impartiality and has both clarified and refined the law on apparent bias in the context of arbitration. 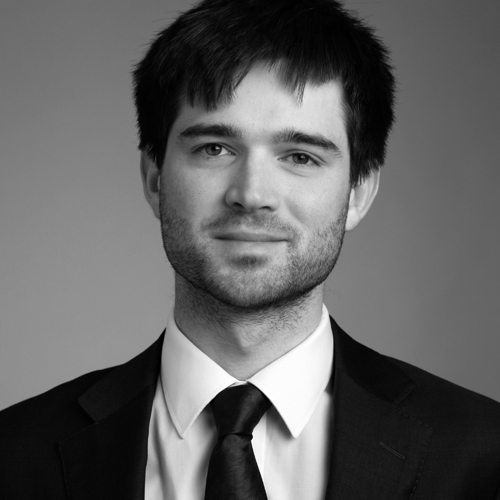