On 23 April 2021 the Supreme Court handed down its judgment in Burnett or Grant (Respondent) v International Insurance Company of Hanover Ltd (Appellant) (Scotland) [2021] UKSC 12, a Scottish case regarding the application of a ‘deliberate act’ exclusion in the context of a public liability policy and a death caused in the business of door security. The insurer appealed the decision of the lower courts which had dismissed the application of the exclusion.

The Supreme Court found that the phrase ‘deliberate act’ required an intention to cause the type of liability insured in the policy (in this case, the intention to cause injury). There was no need for the injury caused to have been of the type or severity intended. The court also rejected an attempt by insurers to imply recklessness into the term ‘deliberate act’ in the absence of any policy language to support such a construction. On the basis that the lower courts had made no finding of intention to cause injury (or recklessness as to the causing of injury, notwithstanding that the insurer’s argument failed on that point), the Supreme Court rejected the appeal.

In 2013 the respondent’s husband, Mr Grant, was ejected from an Aberdeen bar by door stewards. In the following altercation one of the door stewards applied a neck hold to Mr Grant, which resulted in his death by asphyxia. The door steward in question was subsequently convicted in the Scottish High Court for assault, but the jury did not accept that the accused had asphyxiated or caused the death of Mr Grant.

Mr Grant’s widow commenced proceedings against the door steward, his employer (Prospect Security Ltd (Prospect)) and the operating company of the bar. Prospect later went into liquidation, and the respondent claimed against Prospect’s insurer under its public liability (amongst others) policy by way of the Third Party (Rights against Insurers) Act 2010 (the Act).

At first instance in the Outer House Mr Grant’s widow (the respondent in the recent hearing, and referred to as such here) succeeded in their claim against the insurer. Lord Uist held that the insurer was obliged to indemnify Prospect in respect of their liability to the respondent, with this right to indemnity vested in the respondent under the Act.

The decision rested chiefly on the interpretation of an exclusion in the policy in respect of ‘deliberate acts’ (“Liability arising out of deliberate acts wilful default or neglect by […] any […] EMPLOYEE of the INSURED”).

It was held at first instance that this exclusion only applied when “the outcome giving rise to liability, namely death, was the intended objective”. It had been agreed by the parties that there had been no intention to kill Mr Grant. The insurer had asserted in the alternative that the events constituted a ‘wrongful arrest’, an event covered by the policy by extension but sub-limited to £100,000. This was rejected by the Lord Ordinary as irrelevant as there was no claim for such loss.

The insurer appealed to the First Division of the Inner House, which upheld the judgment. Lords Carloway, Brodie and Drummond Young each interpreted the deliberate acts exclusion in a similar manner to Lord Uist. In particular, Lord Drummond Young noted:

“[The exclusion] is not intended to deal with the case where a door steward attempts to restrain a customer or would-be customer but in doing so negligently, or even recklessly, goes beyond a reasonable level of force. The use of the word ‘deliberate’ in the exclusion indicates that the employee’s act should be intended to cause the type of harm suffered by the victim […] unless the harm suffered was of the general nature intended by the employee, it cannot be said that the liability for that harm arose out of the ‘deliberate’ act of the employee.”

The court found that there had been no deliberate act for the purposes of the exclusion, and that the wrongful arrest extension was inapplicable.

The Supreme Court began by recapping established principles of contractual interpretation of insurance contracts, including specifically in the context of public liability insurance and its interaction with door security activities. It was accepted by the insurer that the policyholder’s vicarious liability for the negligent or accidental acts of door stewards causing injury would fall for cover, and further accepted that ‘deliberate acts’ (for the purposes of the exclusion) could not simply mean any action taken deliberately by individuals.

The case turned wholly on the interpretation of the phrase ‘deliberate acts’. The insurer’s case was that the act (i.e. the causing of injury) must have been intended to cause injury or carried out recklessly as to whether it would cause injury. The respondent’s case was that the act must have been intended to cause the specific injury which resulted (in this case, death or serious injury), which in any event did not include reckless acts.

Intention to cause injury

The court considered the parties’ arguments as to what injury might have been intended by the door steward. In the absence of policy language to assist in distinguishing between different types or severities of injury, the correct interpretation was that ‘deliberate acts’ meant acts intended to cause ‘injury’ – the liability for which the policy purported to provide cover.

In support of this conclusion the court considered other liabilities covered under the policy wording, such as physical damage or nuisance. The ‘deliberate act’ exclusion would bite on these liabilities regardless of the type or extent of the damage or nuisance, and there was no wording to suggest a different approach should be taken to subdivide types of injury. Furthermore, the court noted the difficulty inherent in proving specific intentions to inflict one injury and not another, and identified potential absurd outcomes in tying an act to an intended type of injury (for example, a punch intended to break a nose might be excluded if the intention was achieved – but similarly intended punches causing greater or lesser injury might escape the exclusion).

The insurer asserted that the words “deliberate” and “wilful” modified different parts of the exclusion (separating as follows: “deliberate acts” and “wilful default or neglect”), but that the intention of the policy was for the terms to be treated synonymously – i.e. for positive acts (“acts”) and omissions (“default or neglect”) to be qualified in the same way. In this manner the insurer sought to argue that, in light of case law wherein ‘wilful’ had been held to include ‘recklessness’, ‘recklessness’ should be read into the meaning of ‘deliberate’.

The court rejected this argument on a number of grounds, not least as the interpretation ignored the natural meaning of ‘deliberate acts’ (which was different to recklessness) and conflated ‘deliberate’ and ‘wilful’, where the latter was capable of having a broader meaning. The court further challenged insurers’ assertion that “default or neglect” merely meant negative actions (where they had stronger connotations of breach of duty).

There was no authority for the term ‘deliberate’ being held to include recklessness, which is a term capable of inclusion in the policy if the parties had so wished. Finally, the court noted that if insurers’ arguments were right that ‘deliberate’ included recklessness, the policy would not respond to any act which was reckless as to the causing of any injury – a commercially restrictive outcome considering the policyholder’s business.

Application to the events

The insurer sought to argue that the actions of the door steward, for which he was convicted of assault, were carried out with intention to injure. However, the court declined to be drawn on the point – the lower courts had made no finding of intention to injure (or of recklessness) and it was not for the Supreme Court to make findings of fact.

Citing criminal case law, the court held that the door steward’s conviction for assault stood as evidence of intention to perform the act of the assault (i.e. the neck hold), but was not capable of establishing any intention beyond that. The sentencing remarks from the criminal conviction were similarly unhelpful for the insurers’ case. They included no express or implied finding of an intention to injure, but rather the inference of the opposite: “what you did was badly executed, not badly motivated […] you believed you were acting in defence […] and to minimise the danger you felt Mr Grant posed to others”. The Supreme Court agreed with Lord Carloway in the Inner House in suggesting that these remarks point away from an intention or a recklessness as to causing injury.

In light of the court’s assessment on ‘deliberate act’ it was not necessary to determine the issue on insurers’ alternative case, although the court followed the reasoning and conclusion of the lower courts on this point.

This case provides a useful summary of the courts’ approach to the term ‘deliberate act’ in contracts of insurance, including more detailed analysis on case law underlying the terms ‘wilful’ and ‘deliberate’. It is also supportive of the courts’ general approach to construing exclusions narrowly.

In particular the court carefully followed the established guidance of policy interpretation set out in Wood v Capita Insurance Services Ltd [2017] UKSC 24, namely that it is to be “interpreted objectively by asking what a reasonable person, with all the background knowledge which would reasonably have been available to the parties when they entered into the contract, would have understood the language of the contract to mean”. In doing so, the court had regard to the commercial realities underpinning the insurance cover – namely that the policyholder was a door security company. To follow insurers’ arguments on reading recklessness into the ‘deliberate act’ exclusion would be to denude the policyholder of much of its cover.

This case is also a useful reflection of courts being unwilling to depart from the usual meaning of words by refusing to apply an interpretation which required recklessness to be read into ‘deliberate’. The court found that the term recklessness was a well-known term which has been subject to much legal interpretation and analysis – had the parties intended ‘deliberate’ to include ‘recklessness’, this would have been achievable by the means of clear language in the contract. 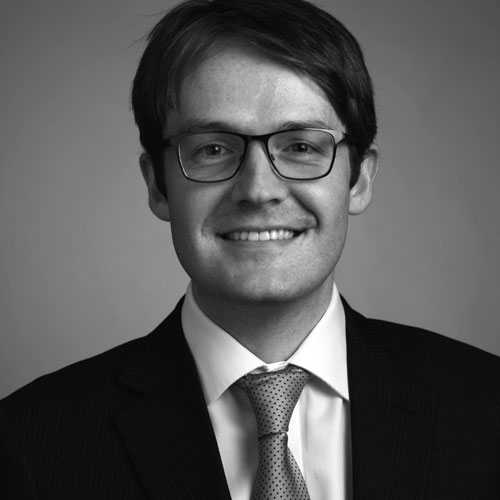