The Court of Appeal has dismissed the insurer’s appeal in Zurich Insurance Plc v Niramax Group Ltd [2021] EWCA Civ 590. Upholding the first instance decision of Cockerill J (discussed in our earlier blog post here), the Court of Appeal held that the insured’s non-disclosure of material facts had not induced the insurer to renew an insurance policy on less onerous terms than would have been imposed if disclosure had been made.

In finding there was no inducement, the Court of Appeal held that the insurer’s process for rating the risk for the purposes of calculating the insurance premium took no account of attitude to risk, which was what the undisclosed facts went to, except to the extent that it was reflected in the claims experience. Non-disclosure could not therefore have been an efficient cause of the renewal being written on cheaper terms than would have occurred if disclosure had been made.

This is a decision under the “old law”, prior to the Insurance Act 2015 (the 2015 Act) coming into force, but the Court of Appeal’s careful scrutiny of inducement is instructive for any analysis of an alleged breach of the duty of fair presentation under the 2015 Act.

Niramax is a waste collection and recycling company. On 4 December 2015 a fire broke out at its main premises destroying a number of items of mobile plant and a fixed shredding machine known as the “Eggersmann plant”. The mobile plant and machinery were covered by Zurich under a policy which was renewed on 14 December 2014 (the Policy). The Eggersmann plant was also insured with Zurich, under an extension to the Policy added on 5 September 2015.

Zurich declined the claim on the grounds of non-disclosure of material facts at the renewal in December 2014, and when the Eggersmann plant was added to the Policy in September 2015. By the time of the trial, the principal allegation of non-disclosure related to Niramax’s failure to comply with a number of risk requirements which had been imposed by its property insurer on another policy, Millennium Insurance, which had resulted in Millennium imposing special terms requiring Niramax to self-insure for 35 percent of any loss and in any event to bear the first £250,000 of any loss.

At first instance, Zurich’s underwriting process was found to be “not exhaustive”. The judge found that this was a type of insurance which was “commoditised and streamlined as a costs-saving exercise.” There was no proposal form. There were only three inputs into a calculation of premium, namely the amount of the cover, the nature of the trade and the claims experience.

These three criteria were applied by Zurich in a computerised ratings spreadsheet and the result was a “technical price”, a “target price” and a “walkaway price”. The latter represented a minimum price below which Zurich would not write the risk.

At the 2014/15 renewal, the insured sought (and was granted) cover of £812,000 for owned plant. The rating schedule that was populated resulted in a technical price of £22,379.86, a target price of £23,498.65 and a walkaway price of £21,455.41. A junior underwriter at Zurich determined that the premium which should be charged was £23,714.40, which was not itself a figure generated by the rating sheet but was in line with it. However, there had in fact been an error in the way this premium had been calculated and as such a lower premium was charged by the junior underwriter than should have been.

In September 2015, the Eggersmann plant valued at £4.2 million was added to the Policy. The level of owned plant cover was therefore increased to a total of £5.012 million and an additional premium paid. The risk requirements and special terms imposed by Millennium on the property policy were not disclosed at the time of the extension.

As such, at first instance, Niramax’s claim succeeded in part – for recovery of the value of the mobile plant – but not for the Eggersmann plant which was the majority of the loss. Zurich appealed, contending that the judge ought to have concluded that the material non-disclosure induced the underwriting of the Policy renewal in December 2014, such that the claim in respect of the mobile plant should also have been dismissed. There were two limbs to Zurich’s argument:

The Court of Appeal dismissed Zurich’s appeal, taking the opportunity to examine the law on inducement by reference to the case law that pre-dates the 2015 Act which it described as “long been established”.

In response to Zurich’s first argument that inducement was established because the judge had found that the premium charged would have been higher had the disclosure been made, the Court of Appeal was clear that this was not sufficient:

“the non-disclosure must have been an efficient cause of the difference in terms. If that test of causation is not fulfilled, it is not sufficient merely to establish that the less onerous terms would not have been imposed but for the non-disclosure“

The Court of Appeal stated that this conclusion was dictated by both authority (Pan Atlantic Insurance Ltd v Pine Top Ltd [1995] 1 AC 501) and principle.  As to principle, the Court of Appeal explained that “if a non-disclosure has not had any influential effect on the mind of the insurer, in the sense that if disclosed it would not have played any part in his underwriting judgment, there is no connection at all between the wrongdoing of the assured and the terms on which the insurance is written by the insurer. It is difficult to see any justification for affording the insurer a windfall remedy in such circumstances.”

To satisfy the requirement for inducement, it was therefore necessary for the non-disclosure to be an “efficient cause” of the fact that different terms were not offered, not merely a ‘but for’ cause.

Applying this test to Cockerill J’s findings, the Court of Appeal held that she had been right to conclude that there was no inducement. An important feature of the case was that rating the risk for the purposes of calculating premium took no account of attitude to risk, which was what the undisclosed facts went to, except to the extent that it was reflected in the claims experience. It was a formulaic streamlined process based only on the amount insured, nature of the trade and claims history. The non-disclosure could not therefore have had any causative efficacy in the renewal being written on cheaper terms than would have occurred if disclosure had been made. Looked at another way, the Court of Appeal said the junior underwriter’s pricing mistake at the December 2014 renewal was the sole efficient cause of the Policy being written more cheaply than it would have been by the more senior underwriter, not a failure by Niramax to disclose matters relevant to its attitude to risk.

Would the underwriter only have charged an increased premium in an amount which corrected the pricing mistake?

In response to Zurich’s second argument that the judge ought to have found that the underwriter would have charged a higher premium by reason, at least in part, of the undisclosed facts, the Court of Appeal noted that the issue of inducement was a question of fact. An appellate court would not readily interfere with a trial judge’s findings of fact for the reasons articulated in Fage UK Ltd v Chobani Ltd [2014] EWCA Civ 5. The Court should only interfere if the judge’s conclusions had not been reasonably open to her on the evidence. The Court of Appeal held that Zurich had not met that high threshold.

The decision is unsurprising. However, it raises the question as to whether the same analysis would be applied under the 2015 Act where there has been a breach of the duty of fair presentation.

“The insurer has a remedy against the insured for a breach of the duty of fair presentation only if the insurer shows that, but for the breach, the insurer –

(a) would not have entered into the contract of insurance at all, or
(b) would have done so only on different terms.” (emphasis added)

It might be asked whether a different approach should be taken to inducement under the 2015 Act as compared with the “old law” considered in Niramax. First, section 8(1) of the 2015 Act uses the term ‘but for’ and not the more nuanced language of proximate or efficient cause. Secondly, applying the 2015 Act to the facts in Niramax, had the disclosure been made, Zurich would not have had the windfall of escaping liability altogether, but would have only been entitled to reduce proportionally the amount to be paid on the claim.

It is unlikely that the 2015 Act can have been intended to depart from the pre-existing law on inducement in insurance. Indeed the Explanatory Notes to the 2015 Act provide that “The insurer must show that it would have acted differently if the insured had not failed to make a fair presentation; that is, that the insurer would not have entered into the contract or variation at all, or would only have done so on different terms. This reflects the current law on inducement as developed following the decision in Pan Atlantic Insurance Co Ltd v Pine Top Insurance Co Ltd.”

It seems therefore that the underlying point of principle remains, namely that an insurer should not be entitled to a windfall where breach of the duty of fair presentation has not had any influential effect on the mind of the insurer or played any part in her/his underwriting judgment.

In any event the Court’s approach to scrutinising the conduct and decision-making of individual underwriters is instructive in terms of the analysis likely to apply where an insurer seeks to avoid a policy or rely on proportionate remedies under the 2015 Act. 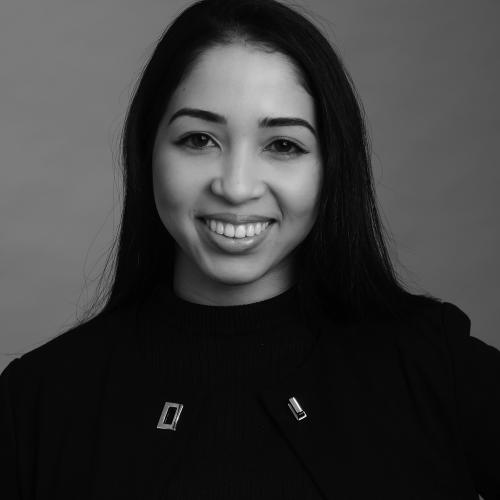