The Court of Appeal has handed down its decision in ABN Amro Bank N.V. v Royal & Sun Alliance Insurance plc and others [2021] EWCA Civ 1789.  At first instance, the court had found that an “unusual” and “unprecedented” clause provided credit risk cover in an all risks marine cargo policy. Most of the decision was unchallenged and our full analysis of the first instance judgment can be found here.

The Court of Appeal dismissed the first appeal and upheld the second, effectively finding all insurers liable to the insured under the “clear terms” of the credit insurance add-on.

The dispute related to a £35 million insurance claim made by ABN Amro Bank N.V. (the Insured) against fourteen insurers, led by RSA. Edge Brokers London Limited (Edge) were the broker of the relevant policy and a party to the proceedings.

In 2016, the Insured suffered losses when two of the leading players in the world cocoa market, Transmar and Euromar, suffered financial collapse. Senior executives of both companies were convicted and imprisoned in the United States for fraud.

An SPV of the Insured known as Icestar B.V. (Icestar) was involved in the provision of structured commodities finance to the Insured’s clients, including Transmar and Euromar.  The finance provided by Icestar comprised “repo” transactions pursuant to which Icestar provided working capital by purchasing Transmar and Euromar’s commodities (cocoa products) for a defined period of time, at the end of which the clients were contractually obliged to purchase them back.

The dispute with insurers arose because the Insured’s 2016/17 all risks marine policy (the Policy), which predominantly provided cover for physical loss and damage to cargo, contained an “unusual” clause, referred to as the Transaction Premium Clause (TPC).  The TPC had been added as a bespoke clause midway through the previous year’s 2015/16 policy (in July 2015) and had been drafted by external lawyers. The key parts of the TPC provided as follows:

Underwriters note and agree that, in respect of any Transaction, it is hereby confirmed that the Insured is covered under this contract for the Transaction Premium that the Insured would otherwise have received and/or earned in the absence of a Default on the part of the Insured’s client.

‘Default’ means a failure, refusal or non-exercise of an option, on the part of the Insured’s client (for whatever reason) to purchase (or repurchase) the Subject Matter Insured from the Insured at the Pre-agreed Price.

The Insured and its broker, Edge, contended that the TPC widened the scope of the Policy from cover only for physical loss and damage to cargo, to provide credit risk insurance in the event of financial default such as the defaults by Transmar and Euromar.

At the same time as the TPC was added, a Non Avoidance Clause (NAC) was also added to the wording. The Insured and Edge argued that this precluded insurers from relying on negligent non-disclosures or misrepresentations to avoid or repudiate cover or seek to reject a claim.

As Sir Geoffrey Vos MR noted in the Court of Appeal judgment: “the judge’s judgment is too long even to attempt to summarise its entire contents here”. You can access our full article summarising the first instance judgment here.

For the purposes of the appeal the relevant findings at first instance were as follows:

Construction of the TPC

Insurers appealed the first instance decision on the construction of the TPC. They argued that certain specific elements of the factual matrix ought to have been sufficient to displace the natural meaning of the language of the TPC. These included, for example, that:

Insurers also argued that the TCP could not be construed as providing credit insurance in light of certain provisions of the Marine Insurance Act (MIA) 1906, which define the scope of marine insurance policies and perils.

Instead, insurers argued that the TCP defined the amount recoverable under the Policy in the event of a physical loss or damage which fell within the scope of the clause.

The Court of Appeal rejected these arguments and dismissed insurers’ appeal. The Court of Appeal agreed with the first instance judge that add-ons to standard physical loss and damage cover were common in the market, and there was no reason why such an add-on could not give protection for financial default. The starting point was that the Policy covered physical loss and damage to the cargo, unless there were clear words which provided wider cover. Here, the Court of Appeal found that the words of the TPC were clear and that they expressly provided coverage for a “Default”; the language could not be construed as a basis of valuation or measure of indemnity as insurers contended. The Court did not consider that the provisions of the MIA 1906 could override the clear terms of what the parties agreed.

Interestingly, following the hearing, the Insured and insurers reached a settlement on the first appeal. By this time, the Court of Appeal had already written its judgment and decided to deliver the judgment on both appeals as “they were intimately connected” and “it would have taken significant time to disentangle the points”.

The liability of Ark and Advent

The second appeal was brought by Edge. Edge’s interest in establishing Ark and Advent’s liability stemmed from the fact that, at first instance, the court found that Edge would be liable to the insured for any shortfall in its recovery from insurers per the ruling in FNCB (see here for further detail on this in our analysis of the first instance judgment).

On appeal, therefore, Edge argued that:

We consider each ground of appeal in turn.

Edge argued that an estoppel by convention cannot exist where the parties do not share a common assumption and are at cross purposes. At first instance, the court had found that Edge and Ark/Advent, were at cross purposes about the meaning of “as expiry”. Edge understood “as expiry” to include the TPC and the NAC. Ark and Advent understood “as expiry” as not including the TPC and NAC because copies of the TPC and NAC which had been scratched by RSA during the policy period had not been provided to them at that point and so they were unaware of them.

Edge also argued that an estoppel by convention based on acquiescence can only succeed where the party said to be estopped (here the Insured) knows what it is said to be acquiescing in (namely that Ark and Advent thought that the expiring policy did not contain either the TPC or the NAC).

At first instance, the court held that the NAC had been incorporated into the policy written by Ark and Advent and that finding was not challenged. The question, therefore, was whether the NAC precluded Ark and Advent from relying on estoppel arguments based on misrepresentations having been made to them.

The Court of Appeal, disagreeing with the first instance judge, found that it did. The estoppel defence, however it was framed, was founded on misrepresentations. The Court held that:

“the clear words of the NAC say that the “[t]he underwriters will not … seek to reject a claim for loss on the grounds of … [a non-fraudulent] misrepresentation”. Ark and Advent are founding their estoppel on non-fraudulent representations, and rely on that estoppel claim in order to reject ABN Amro’s claims for loss against them. That is precisely what the NAC says they cannot do. Accordingly, construing the NAC strictly as is required, it bites on the estoppel whether it is an estoppel by convention or representation – both being based on the misrepresentations the judge found to have been made by Edge”.

Given the finding in relation to Ground (ii), it was not necessary for the Court of Appeal to deal with this issue. However, in obiter comments the Court noted that had it been required to consider whether this was a just outcome, it would have placed more weight than the first instance judge did on the fact that neither Ark nor Advent had read the Policy before agreeing to it and that there is clear law that underwriters are bound by the terms of the slip to which they subscribe, whether they read it or not.

For these reasons, the Court of Appeal allowed Edge’s appeal.

The Court of Appeal’s clear reasoning put the language of the Policy at the heart of contractual interpretation and demonstrates the importance of the plain meaning of the words used. In the Court’s view, the TCP’s clear language prevailed over arguments made by insurers regarding the factual matrix. It did not matter that this was a ‘marine’ policy; that in itself did not stop insurers accepting a credit risk under the same policy as an add-on. Likewise, the NAC’s plain meaning could not be circumvented by insurers dressing up a misrepresentation argument as an estoppel argument. The decision is consistent with long-established principles of policy interpretation but this judgment serves as an important reminder that language of the policy is of paramount importance in construing its meaning.

Given the Court of Appeal’s findings, the issue of Edge’s liability which was discussed at first instance was not revisited. The Court therefore did not have the opportunity to reconsider the scope of the broker’s duty to avoid the unnecessary risk of litigation. 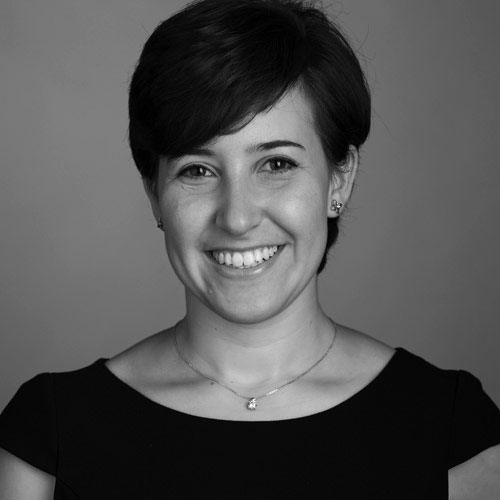