Business interruption (BI) losses in the context of the Covid-19 pandemic have been considered in three recent judgments of Butcher J:

The judgments will be an important reference point for policyholders looking at seeking multiple limits; cover for the entirety of their indemnity period; and whether any government support received by the insured should be taken into account, for the insurers’ benefit, when calculating any sums recoverable.

All three cases concerned policies written on the Marsh Resilience wording. Each trial was separate and the parties in the different actions were represented by largely different teams. However, as the three cases dealt with common and overlapping issues, they were managed in a co-ordinated way, including being heard in sequence before the same judge. Butcher J handed down judgment following preliminary issues hearings in all three cases.

The Covid-19 pandemic and ensuing government restrictions on people’s movements and businesses brought significant loss of revenue to business across the UK. The Financial Conduct Authority (FCA) test case (FCA v Arch [2020] EWHC Comm 2448, and [2021] UKSC 1) considered what cover there may be under various non-damage business interruption extensions for such losses.  Following the FCA test case, where this firm acted for the FCA on behalf of policyholders (see our blog posts on the High Court and Supreme Court decisions), further cases have been commenced in the courts seeking in many cases multiple limits of liability.

The claimants in the three cases before Butcher J (Stonegate, Greggs and Various Eateries) all operated in the hospitality industry and had various locations across the UK. Their policies were all on the same Marsh Resilience wording, which was materially the same as one of the wordings considered as part of the FCA test case (known as RSA4) although the insurers were not the same on each policy.

In each case, insurers did not dispute that the relevant policy had been triggered or that the relevant claimant had suffered business interruption losses (BIL). The dispute related to the extent of coverage and, in particular, whether the losses claimed constituted a “Single Business Interruption Loss” and should be aggregated.

The preliminary issues hearings in all three cases proceeded on the basis of agreed and assumed facts in order to be determined on an expedited basis. Butcher J was, however, provided with expert evidence in the disciplines of virology and epidemiology.

The parties in Stonegate disagreed as to the relevance of this issue but it was an active issue in the Greggs and Various Eateries cases. Stonegate maintained that the Trigger Issue was the “way in” to the Aggregation Issue. Butcher J’s view was that Stonegate were essentially asking the court to determine how many Covered Events there were and each of the three relevant insuring clauses was considered in turn:

This was a central issue in each of the cases. In short, whether the claimed BIL “arises from, is attributable to or is in connection with a single occurrence” and should be considered a Single Business Interruption Loss and subject to a single Limit of Liability.

Insurers argued that there was one Single Business Interruption Loss, or, failing that, there were at most a small number of Single Business Interruption Losses. In Stonegate, insurers pleaded 19 cases as to what constituted the relevant “occurrence” for this purpose including: any one case of Covid-19 in the vicinity; the initial outbreak of Covid-19 in Wuhan in late 2019; various aspects of the UK Government’s decision-making in response; and the numbers of cases of Covid-19 reaching particular levels in the UK that meant an epidemic was likely or inevitable.

Stonegate’s primary case was that there was no “single occurrence”. In the alternative, it argued that aggregation to a single occurrence was not possible beyond a per premises basis or beyond the specific measures in England, Scotland or Wales requiring the closure of venues.

Butcher J considered relevant case law and the aggregation wording in the context of the policy terms. He looked first at the ‘linking words’ and said it was clear that the words “in connection with” in the aggregation clause were wide linking words but he was not persuaded that meant that no causal link was required. His view was the parties were contemplating a causal link but that what was required could be a relatively weak one.

After considering the different formulations of “occurrence” put forward by both sides, he found that there was a “single occurrence” in the collective decision taken jointly by the four UK governments on 16 March 2020 to advise the public to avoid pubs, restaurants and clubs. Alternatively, Butcher J said if he was wrong on this point then he would have regarded each of the announcements of the new advice to the public by the Prime Minister on 16 March 2020, and the First Ministers of Wales and Scotland on 17 March 2020, as being a “single occurrence” (i.e. on this view there were three occurrences). He also went on to find that the instructions given to all pubs, bars and restaurants to close on 20 March 2020 was a “single occurrence”.  In Various Eateries, Butcher J also accepted that there were other “occurrences” relating to the UK government response should they be relevant:

Butcher J did not, however, accept that there were separate occurrences when measures were renewed, immaterially changed or relaxed.

Butcher J felt that these “occurrences” met the unities test as set out in Kuwait Airways Corp v Kuwait Insurance Co SAK [1996] 1 Lloyd’s Rep 664. As he explained in Greggs:

“They met the ‘unities’ test, and they can without any misuse or even imprecision of ordinary language be described as ‘occurrences’. They would be known to the informed observer in the position of the policyholder, who of course had to know of the legal position as to whether it was permissible to open shops, and under what conditions. The informed observer would readily identify them as relevant occurrences, because of their capacity for causing losses.”

It is worth noting that Butcher J also held that the “transfer of a virus to the human population on one, or perhaps a limited number of occasions in a very short period, which had apparently occurred at a place in Wuhan shortly before the first cases were reported” was an “occurrence”. However, he held that “this occurrence is too remote from the losses to be regarded as being a relevant occurrence for the purposes of the aggregating provision”. The requirement of an absence of remoteness was recognised in Caudle v Sharp [1994] 4 Re LR 389. The reasons he gave for the occurrence being too remote from the losses were:

Butcher J was also not persuaded by the argument made by some of the insured claimants for a per premises approach to aggregation. He found no justification in the policy wording for this, in particular nothing in the wording of the definition of “Single Business Interruption Loss”. In addition, in Stonegate, Butcher J noted the fact that Stonegate was the sole insured entity under the policy. The policy was not a composite one where separate insured locations owned or operated by separate insured entities each had, in effect, their own insurance. From that perspective, a reasonable person would regard the decision of the UK Government to be a unitary matter which would impact its business throughout the country, rather than as having significance only at a local level in terms of its impact on each venue individually.

“It needs to be shown that there was interruption or interference resulting from Covered Cases. In particular, I do not consider that there can be any general assumption that any fall off in numbers attending insured venues after the end of the Period of Insurance (by comparison with the previous year, for example) was due to cases of the disease occurring before the end of the Period of Insurance…It appears to me obvious that there might have been a number of reasons for any such fall off, if it occurred, which include the effects of the ongoing pandemic, and new government measures and warnings.“

There were two points of policy construction in dispute on this issue:

On 1, the court found in favour of Stonegate that the sub-limit for AICW applied for each and every Single Business Interruption Loss.

On 2, the court agreed with insurers that AICW and ICW are mutually exclusive and AICW cover is only available for expenditure which is not ‘economic’. The definition of AICW in the policy expressly says that it “means expenditure (other than Increased Cost of Working) reasonably incurred …” and Butcher J found that this was how AICW cover usually worked.

The issue for the court was whether payments received by Stonegate under CRJS or BRR should be taken into account for the insurers’ benefit when calculating any sums recoverable under the policy.

On CRJS, Butcher J held that they should be taken into account for the following reasons:

Butcher J distinguished the Australian decision of Star Entertainment v Chubb where the court took a different view in relation to Job Keeper payments on the basis that the clause was worded differently.

Butcher J did accept that a payment made by a third party which eliminates or reduces the insured’s loss will not fall to insurers’ credit “if it can be established that the third party, in making the payment, intended the benefit only to the insured to the exclusion of the insurers” (relying on cases such as Castellain v Preston [1883] 11 QBD 380 and Merrett v Capitol Indemnity [1991] 1 Lloyd’s Rep 169). However, he went on to hold that Stonegate had failed to adduce evidence that the UK Government’s furlough payments were being made only in respect of uninsured losses.

These cases have been eagerly anticipated by all stakeholders in the insurance contractual chain – policyholders and insurers given the significant impact on quantum that the application of aggregation wording can have, but also reinsurers who will be watching the outcome of underlying claims with great interest in assessing their own exposure to losses from the pandemic.

Case law has shown us that applying aggregation wording can be challenging in practice and in the context of the Covid-19 pandemic, the point has been proved again. Of course, this is a series of judgments on one particular wording and we know there are many different forms out there. The basic premise that a government ruling is capable of being an occurrence (and presumably therefore an event) capable of aggregating multiple otherwise covered claims is likely to have wide implications. 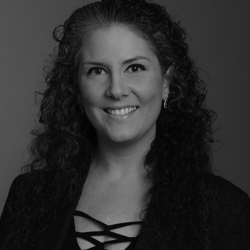