THE COURT OF APPEAL MAKES FRIENDS WITH SEP HOLDERS

The Court of Appeal has endorsed the approach taken by Birss J at the first instance in relation to determining fair, reasonable, and non-discriminatory (FRAND) royalties and the rights and obligations of parties negotiating licences for standard essential patents (SEPs), dismissing Huawei’s appeal in its entirety.

The dispute was between patent owner, Unwired Planet (UP), and prospective licensee, Huawei, regarding patents declared essential for various telecommunication standards. In the High Court, Birss J emphasised that FRAND characterises both the terms of a licence and a process by which a licence is negotiated. Birss J found that the Court will be prepared to grant an injunction against a party who fails to satisfy the Court of its willingness to take a licence on FRAND terms.

To calculate FRAND royalty rates, the High Court favoured benchmarking using the relative proportions of the patentee’s portfolio relative to licences from a comparable licensor, with a cross-check based on the total aggregate royalty burden for the standard in question. It also rejected the argument that the non-discriminatory requirement of the FRAND undertaking forced the licensor to offer the same or a similar royalty rate or terms as that agreed in any earlier licence with a similar licensee (so-called “hard-edged non-discrimination”). Our full summary of the High Court decision can be found here

The High Court’s final order granted a UK injunction against Huawei until such time as it entered into a global agreement on FRAND terms settled by Birss J. Huawei appealed.

In short, the Court of Appeal upheld the decision of Birss J more or less in its entirety (with the exception of minor points which had no impact on the overall outcome of the case).

The other findings from the decision at first instance (including the way in which FRAND should be assessed by first determining a global benchmark rate and then adjusting it if appropriate to arrive at a national rate) were not challenged on appeal.

The Court of Appeal rejected arguments by Huawei that the FRAND royalties determined by the court should match the territorial scope of the standard essential patent (“SEP”) in question.  The Court held that whether or not a particular licence was FRAND would depend on all the relevant circumstances, but there was no reason in principle why a global licence between SEP owner and an implementer would not be FRAND.  They noted that there was no suggestion that the court could grant a global injunction if the implementer refused to accept a FRAND license – the relief would be limited to an injunction in the jurisdiction in which the proceedings had been brought.

The Court of Appeal also dismissed Huawei’s arguments that the judge’s approach (i) usurped the rights of foreign courts; (ii) assumed the validity and infringement of foreign SEPs and prevented the licensee from challenging the validity or essentiality of those SEPs; and (iii) was contrary to public policy on various grounds.  In considering public policy, the Court of Appeal accepted the existence of over-declaration of SEPs and acknowledged it to be a problem, but it did not believe that it undermined the judge’s approach to FRAND licensing.

A point which the Court of Appeal returned to on several occasions was a submission by Huawei that it was being compelled to take a global licence.  The Court was at pains to point out that this was not correct – Huawei was free to choose whether or not to take the global licence.  If they did not do so, UP would only be entitled to the normal relief available to a successful patentee in the UK.

The Court of Appeal also rejected Huawei’s argument that a country-by-country licensing approach to licensing was in fact the FRAND approach which should have been adopted in this case and that the judge’s global approach had ‘ignored the commercial and legal realities of the situation’.  The Court of Appeal found that, amongst other things, this approach would have provided an implementer with an incentive to hold out country by country (because they would know that they had no need to fear injunctive relief provided that ultimately they took the licences found to be FRAND by the courts of each jurisdiction).  This would not have provided UP with adequate protection.

Can there be more than one set of FRAND terms in a given case?

One of the few points on which the Court of Appeal disagreed with Birss J was on the question of whether there can only ever be a single set of FRAND terms as between a potential licensor and licensee, as the judge had found at first instance.  The Court of Appeal were of the view that it was ‘unreal’ to think that two parties will necessarily arrive at precisely the same set of terms as two other parties (all of them acting fairly and reasonably and faced with the same set of circumstances).  Rather, the Court of Appeal held that a number of sets of terms may all be fair and reasonable in a given set of circumstances, finding that this approach was supported by the economic evidence.  The Court believed that the so-called Vringo problem (where both licensor and licensee are found to have offered FRAND terms and the court is faced with deciding what to do in such a situation) was more theoretical than real but that, in any case, if two different sets of terms are both FRAND then the SEP owner would satisfy its obligation to ETSI by offering either one of them.

On the facts of the case, however, Birss J had found that the only FRAND licence would be a global one so, whilst an important point of law, this finding by the Court of Appeal did not change the outcome of the case.

The argument here was essentially about whether (as Huawei argued) the ‘non-discriminatory’ aspect of FRAND terms prevents SEP owners from granting licences on different terms to different licensees where they are all ‘similarly situated’ (described as ‘hard-edged’ discrimination).  The counterargument was that such hard-edged criteria was inappropriate and that, instead, the requirement for non-discriminatory terms was met as an integral part of the overall determination of FRAND terms (including the determination of a benchmark royalty set by reference to the true value of the SEPs being licensed).

On the main issue the Court of Appeal concluded, after some consideration, that the right approach was to view the ‘non-discriminatory’ aspect of FRAND as a general approach, not a ‘hard-edged’ one.  While this meant that the SEP owner would not be precluded from granting licences at rates below the benchmark FRAND rate, such an approach was found to be in accordance with the object and purpose of the FRAND undertaking (avoiding ‘hold-up’ by SEP owners by requiring licences to be granted on terms which reflect the proper valuation of the portfolio).  Further, the Court found that a hard-edged non-discrimination rule could actually harm technological development of standards by requiring SEP owners to accept a level of compensation for the use of its invention which does not reflect the value of the licensed technology.  The general approach achieved the objective of the FRAND undertaking by making technology accessible to all licensees at a fair price.  The Court acknowledged that the potential for discrimination existed below the benchmark rate, but that such discrimination could be redressed through the application of competition law.

In considering the varying approaches of other courts to this question, the Court of Appeal stated that it was desirable in such an important area for an internationally accepted approach to emerge but that it was too early for this given the limited number of decisions available.  As a result, the Court found that it would be wrong to harmonise on a ‘first-to-decide’ basis.

Abuse of a dominant position and the ZTE case: safe harbour or mandatory approach?

This point centred around the correct interpretation of the CJEU’s decision in Huawei v ZTE, specifically whether that case had set out a concrete behavioural framework which had to be followed in all cases for a SEP owner to avoid infringing competition law.

The Court of Appeal agreed with Birss J’s finding that UP had a dominant position in the market and went on to consider the Huawei v ZTE decision in great detail.  Ultimately, the Court found that the first instance decision was correct – the CJEU in ZTE was not setting out mandatory conditions any deviation from which would result in abuse of a dominant position.  The CJEU set out a course of action which would represent a safe harbour for SEP owners if followed, so if a different approach is taken a SEP owner will open itself to a finding of abuse but this will not follow automatically – it will depend on all the circumstances.  The only absolute requirement set out in ZTE was that the SEP owner must give notice to, or consult with, the alleged infringer prior to commencing proceedings.  The nature of such notice or consultations will depend on all the circumstances of a particular case.  On the facts of this case, Birss J’s finding that UP had not abused its dominant position was not overturned.

In relation to negotiating a FRAND licence, key takeaways are generally unchanged from those which we discussed after the High Court’s decision here.  The Court of Appeal has confirmed the fact that UK courts are willing to grapple with, and take a clear position on, complex questions relating to SEPs and FRAND licensing, including global licences.

Key points to note in light of the Court of Appeal’s decision include: 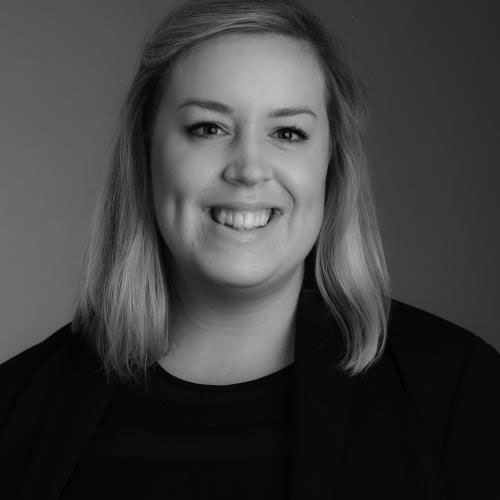