Using automatic links to embed works from other websites in a webpage should be regarded as a communication to the public, requiring the consent of the relevant rights holders, proposes Advocate General Szpunar (the “AG”) in his Opinion of 10 September 2020 in case C-392/19 VG Bild-Kunst v Stiftung Preußischer Kulturbesitz before the Court of Justice of the European Union (“CJEU”).

The AG also took the view that technological protection measures (TPMs) against forms of embedding which require a rights holder’s  authorisation, such as automated linking, should be protected by Member States under Article 6 of the InfoSoc Directive. If the CJEU were to follow the opinion of the AG, this could assist rights holders who would gain greater control over the exploitation of their works upon the internet.

Stiftung Preußischer Kulturbesitz (“SPK”) operates a website, Deutsche Digitale Bibliothek (“DDB”),  which links to images stored on the websites of German cultural and scientific institutions. The links are made using thumbnails of the original images and with the authorisation of the relevant rights holders.

VG Bild-Kunst, a copyright collecting society, sought to conclude a licence agreement with SPK for the inclusion of thumbnails of its catalogue of works on the DDB website. However, SPK objected to the inclusion of a contractual provision requiring that it employ TPMs against framing by third parties of VG Bild-Kunst’s works.

SPK sought a declaration, before the German courts, that VG Bild-Kunst was required to grant the licence without imposing an obligation to employ TPMs against framing. This was on the grounds that collecting societies are required to grant a licence to use the rights under their management to any person who so requests upon reasonable terms.

The German Federal Court of Justice referred the following question to the CJEU:

Does the embedding of a work – which is available on a freely accessible website with the consent of the rights holder – in the website of a third party by way of framing constitute communication to the public of that work within the meaning of Article 3(1) of Directive 2001/29/EC where it occurs through circumvention of protection measures against framing taken or instigated by the rights holder?

Before delving into the substance of the opinion, it helpful to first examine what hyperlinks are and the different types of hyperlinks available.

As cleverly encapsulated by the AG, much like “the heroes of George Lucas’ Star Wars film saga were able to travel through ‘hyperspace’ faster than the speed of light using a ‘hyperdrive”, “internet users can ‘travel’ through ‘cyberspace’ using hyperlinks”.

In contrast, automatic links (also known as inline linking or hotlinking) do not require any user interaction to activate. This technique can be used seamlessly to load elements, such as images or videos from another website into the current page a user is viewing. For example, here is a picture of HSF’s London office hosted on the HSF Graduate Recruitment website:

A third sort of hyperlink are frames. With traditional framing, a screen is divided into several parts, each of which can display a different element or webpage. This technique has been recently abandoned in favour of inline frames. Inline frames are a form of link which allows other websites, or elements from other websites to be placed in a frame whose dimesions can be defined at the discretion of the webpage’s author. Inline frames can be either automatic or clickable. For instance, here is an example of an automatic inline frame measuring 640 by 480 pixels of the HSF IP blog:

What becomes apparent from these examples is that, with automatic links, it is difficult for users to tell that there is actually a link present, rather than just information being displayed on the page they are on.

The AG considered the line of CJEU cases dealing with the concept of communication to the public under Art 3(1) of the Directive 2001/29/EC (the “InfoSoc Directive“) since the key 2014 decision in Svensson and Others (C‑466/12).

As part of his considerations, the AG proposed an alternative interpretation of the notion of a “new public” in the context of hyperlinks, in light of the CJEU’s decision in Renckhoff (C‑161/17). In Svensson, the court held that insofar as a rights holder consented to making a work freely accessible on a website, the rights holder could be deemed to have intended to communicate the work to the general internet public. However, the court departed from this approach in Renckhoff, holding that when making a work freely accessible on a website, the public in the contemplation of the rights holder was composed of users of the website upon which the work was first made, available rather than internet users at large.

Applying this in the context of hyperlinks, the AG proposed drawing a distinction between automatic links and clickable links. In the AG’s view, automatic links amount to a communication to a new public as the copyright work would be accessed by users of a website distinct from where it was first made available by the rights holder, and thus not within the rights holder’s initial contemplation.

In contrast, clickable links form a connection between the user and the website, where the work was first made available. Even where techniques such as framing are used, the very act of clicking upon a link alerts a user the fact that the work they are accessing may come from a different source, rather than the webpage they are accessing. Thus, these users would be regarded as part of the public already taken into account by the rights holder, when making the work freely accessible on the initial website.

On the issue of TPMs, the AG proposed that protection measures against framing should not enjoy protection by Member States under Article 6 of the Infosoc Directive. This is because, in his view, embedding works through clickable links, using the framing technique does not require the consent of rights holders. Additionally, such protection measures do not limit access to a work and only restrict how a work is displayed. Thus, circumventing these protection measures cannot constitute a communication to a new public, as the scope of the public remains the public of the website targeted by the link.

The AG’s conclusion is that embedding copyright works through clickable links using the framing technique does not constitute a communication to the public, insofar as the copyright works were made freely accessible to the public on the internet with consent from the rights holder on the website to which the click takes you. This would apply, even where such embedding circumvents TPMs  against framing, since it would still be giving access via a link that indicates that the source is a third party site not the one upon which the work is framed and that the third party site would contemplate anyone accessing the site, via a link as part of the public, to which it made the work available. However, embedding the same works using automatic links would amount to a communication to a new public and would require rights holder’s consent.

The distinction that the AG has proposed between clickable and automatic links raises several practical issues.

The first is that it requires users to undertake a fairly burdensome technical inquiry. As the AG has acknowledged, “Internet terminology has not been established with Cartesian clarity and the terms ‘framing’, ‘inline linking’ and ‘embedding’ are sometimes used synonymously.” The distinction between clickable and automatic links adds a further layer of complexity for businesses and users seeking to act lawfully. It requires the average user to undertake a relatively technical inquiry into whether the particular linking technique they are using would be permissible. Indeed, it is questionable whether the user of a “create your own website” platform would be sensitive to the granular differences between inline links, frames, inline frames and embedding, as the entire premise of those platforms is “ease of use” for users, without the required technical knowledge.

The second issue is that of legal certainty. The question of whether “inline linking” would be permissible does not have a single clear answer. A user would have to consider factors, such as: (1) is the inline link an automatic link or a clickable inline frame? (2) is the target content hosted on a platform which provides express licences for third party use in their TOS (e.g. YouTube)? (3) Has the relevant rights holder given express consent for the use of that content? (4) If the rights holder has not given express consent, does the use fall within a fair dealing exception?. It is questionable whether the average user of a “create your own website” platform would have these factors in the forefront of their minds.

The third issue whether the proposed distinction would provide a useful mechanism for rights holders to control the third party exploitation of their works. The AG suggests that this distinction would provide an incentive for website owners to seek license agreements with rights holders to enable them seamlessly to embed third party content on their websites. Otherwise, their users would have to click on a link which creates an additional step that users have to undertake before they can access that content. However, it is unclear whether simply requiring this additional step would be a sufficient incentive. For instance, clickable links are not limited to hyperlinks which bring users to another website, but include inline frames which embed the third party content within a website. Given that this just requires a click for the third party content to load, website owners might simply choose to use these sorts of clickable links which do not require rights holder permission.

Given these practical issues, it will be of interest to see how the CJEU determines the questions before it, and whether this occurs before Brexit.  It is not the first time that the tension between the CJEU’s interpretation of the workings of the internet in Renckhoff and that in Svensson and Bestwater has been considered.  The issue of the extent of the consent that the rights holder grants when posting material to the internet has already been considered by the English Court, albeit in the context of an application to serve out of the jurisdiction.  In Mr Christopher Wheat v Google LLC, [2020] EWHC 27, His Honour Judge Keyser QC considered an appeal by Mr Wheat to obtain leave to serve out of the jurisdiction against Google which was essentially based upon a complaint about Google’s indexing service including pages which were hotlinking to Mr Wheat’s website content, including photographs.  Mr Wheat’s complaint against Google was that by displaying a website, which hotlinked to his content when it was searched for, it was allowing users to view Mr Wheat’s content without actually visiting his page.  By the time Judge Keyser heard the appeal, this was articulated as being outside the consent given by Mr Wheat, when he posted material to the internet, because it allowed users to view the content without visiting his website therefore depriving him of revenue.  In a full review of the CJEU authorities as applied by the English cases of Warner Music UK Ltd v TuneIn 2019 EWHC 2923 and Paramount Home Entertainment International v British Sky Broadcasting Ltd [2013] EWHC 3479, Judge Keyser concluded that Mr Wheat’s claim as articulated did not disclose a serious issue to be tried as, in line with Svensson and Bestwater, his consent was deemed to extend to all users of the internet.  However, if the CJEU adopts the reasoning of the Advocate General in this case, then a litigant would have had an arguable claim as least as far as automatic, non-clickable hotlinking was concerned. 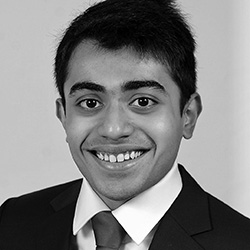 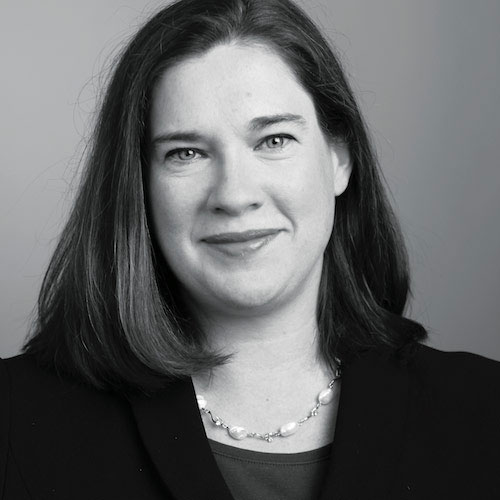