In the same way that trade marks already registered as EU trade marks before the end of transition will be replaced in the UK by equivalent rights post transition, geographical indications (GIs) (by this we refer to protected designations of origin, geographical indications and traditional specialities guaranteed) registered under the EU scheme prior to the end of transition will continue to apply across the remaining EU states post-transition and will also be replaced in the UK by rights under the new UK GI scheme.

From 1 January 2021, the UK will set up its own GI scheme which will be managed by the Department for Environment, Food and Rural Affairs (DEFRA). The scheme will be open to producers from the UK and from other countries worldwide. New GIs can be registered under the scheme from 1 January.

The UK scheme will cover the geographical names of food, drink and agricultural products (including beer, cider and perry), spirit drinks, wine and aromatised wine. These are the same categories protected under the EU scheme, as under the Withdrawal Agreement, the relevant EU regulations will be incorporated as UK law (unless the UK and the EU come to a different agreement as a result of free trade negotiations). The UK scheme will use the designations of Protected Designation of Origin (PDO), Protected Geographical Indication (PGI) and Traditional Speciality Guaranteed (TSG), which again mirrors the designations available under the EU scheme.

The UK government has issued guidance (Protecting food and drink names from 1 January 2021 (28 September 2020)) on the new scheme, which also provides additional clarification on the interrelationship between this scheme and the EU scheme. From 1 January 2021, the EU scheme will no longer apply to the UK as it does to members of the EU – see the comments made by the European Commission in its Notice to stakeholders – Withdrawal of the United Kingdom and EU rules in the field of geographical indications (6 July 2020).

Under the current (and continuing) EU scheme, to register a product name as a geographical indication, EU producers have to address their application to national authorities for scrutiny. The Member State concerned thereafter forwards the application to the European Commission, who examines the request following the procedures laid down in the above listed EU legislation.

For non-EU product names to be registered as geographic indications in the EU, producers send their applications either directly, or via their national authorities, to the European Commission. From 1 January 2021, Great Britain producers (but not Northern Ireland producers – see below) will be treated as a “third country” under the EU scheme, and will first need to secure protection for new GIs under the UK scheme before applying under the EU scheme. The criteria applied to determine registration of an application from a GB producer are otherwise the same as those which apply to products originating from the EU as outlined in the relevant EU regulations. Once registered, a GB GI under the EU scheme will benefit from the same level of protection as EU GIs.

According to the Withdrawal Agreement (and unless an alternate agreed position is reached regarding GIs), the EU regulations that govern the EU scheme will be directly retained in UK law (save for any amendments made by a statutory instrument to deal with deficiencies). Therefore, the criteria for obtaining protection under the UK scheme should in theory be the same as that required under the EU scheme, though in practice it is possible that the criteria could be applied differently.

Under Article 54 of the Withdrawal Agreement, where a GI ceases to be protected under the EU scheme after 1 January 2021, the UK is not obliged to continue to provide protection for the GI either.

According to the UK government guidance, DEFRA will publish further guidance relating to the application process.

In addition, registered GIs in relation to products that can be produced anywhere on the island of Ireland (including Irish Whiskey, Irish Cream and Irish Poteen) will continue to be protected and protectable under both the EU and the new UK schemes.

As is the case under the EU scheme, displaying the UK logos will be optional in relation to wine and spirit GIs.

For food and agricultural GI products of EU origin and of Northern Ireland origin (i.e. that are not produced in Great Britain), the use of the UK logos will be optional from 1 January 2021. In accordance with the draft statutory instrument as at the time of writing, EU and Northern Ireland producers that have food and agricultural GI products registered under the EU scheme, even if is also registered under the UK scheme, can continue to use the EU logos on their products for sale in Great Britain from 1 January 2021 and beyond 1 January 2024.

As noted above, for food and agricultural GI products produced and for sale in Great Britain that were protected under the EU scheme before the end of the transition period, the EU logo may continue to be used until 1 January 2024, after which these producers will need to add the UK logos to the relevant packaging and marketing materials. Great Britain GI products that are protected in the EU can continue to use the EU logo on products sold in GB (but it will no longer be mandatory under the EU regulations) in addition to the mandatory UK logo.

The Geneva Act currently applies to the UK during the transition period. However, the UK will not be obliged in its own scheme to continue to protect geographical indications registered through the Lisbon System after the transition period ends (unless the UK ratifies the Geneva Act independently after the transition period). It seems unlikely that the UK will independently ratify the Geneva Act, as this issue is not addressed in the UK government guidance on geographical indications. Further, under Art 54(2) of the Withdrawal Agreement, where protection in the EU is derived from international agreements to which the EU is a party, the same level of protection does not need to be provided in the UK.

It remains to be seen in the upcoming months whether the UK government’s international negotiations mean that reciprocal international protection of UK GIs will have the same jurisdictional coverage as the UK previously had in the EU. If continuity agreements to EU free trade agreements cannot be agreed before 1 January 2021, then the UK is likely to miss out on a level of reciprocity of protection for UK GIs going forward, unless and until alternate agreements can be made. 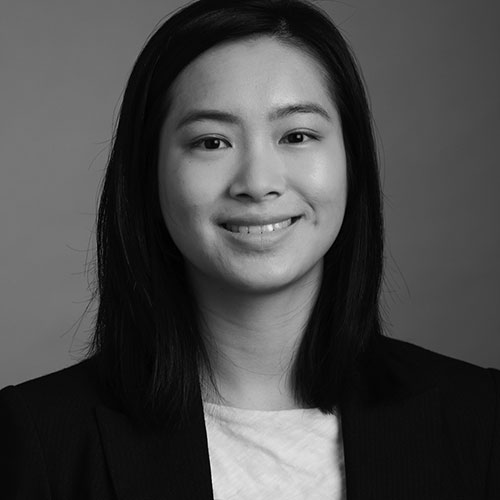