There seems to be growing trend whereby the NHS is taking proactive steps to seek damages from pharmaceutical originators based on allegations that the originators wrongly prevented generic products from entering the market as early as they otherwise would have done.

In circumstances where it seems the NHS did not obtain an undertaking from Servier to pay damages to the NHS for an interim injunction obtained in 2006, the NHS has taken a case based on the tort of causing loss by unlawful means all the way the UK Supreme Court (SC). In the absence of an undertaking from Servier, the NHS was attempting to claim £220 million damages from Servier for alleged misrepresentations in relation to the validity of its patent for blood-pressure drug Coversyl, which delayed the entry onto the market of generic versions of perindopril. The SC unanimously dismissed the NHS’s appeal.

In Secretary of State for Health v Servier Laboratories Lt & Ors UKSC 2019/0172, the NHS had alleged that Servier’s injunctive relief in the UK against the supply of generic perindopril, which had been granted on a patent later found to be invalid, gave the NHS an action founded in the tort of causing loss by unlawful means. However, the SC unanimously dismissed the NHS’s appeal and upheld a decision to strike out its claim against Servier for causing loss to the NHS by unlawful means. The SC had previously sought to keep the scope of this tort within reasonable bounds. As the SC judgment in Servier states, this was partly to reduce the scope of the tort, “but also to reflect the policy consideration that this is an area of economic activity the regulation of which should largely be left to Parliament”. In the House of Lords case of OBG Ltd v Allan [2008] 1 AC 1, Lord Hoffmann considered that the best way to keep the tort within reasonable bounds was by giving a narrow meaning to “unlawful means”.

The current Patent Courts Guide (issued 2019) draws attention to CPR Practice Direction 25A and states that, when a person seeks an interim injunction which would affect dealings in a pharmaceutical product or medical device purchased by the NHS, the Court will consider whether the applicant should give an undertaking in favour of the NHS. The applicant must also notify the NHS of its application when it is made and any Court order subsequently made.

When Servier obtained its interim injunction in 2006, the practice was only to require the patentee to give notice to the NHS in case it wished to seek such an undertaking. It had been open to the NHS to apply to the Court for Servier to be required to give the NHS an undertaking to pay damages which the NHS might suffer as a result of the interim injunction. However, it seems that the NHS did not take this opportunity at the time.

In the current case it is interesting that the NHS was prepared to invest the money and resources to take the case to the SC, having lost at both the High Court and the Court of Appeal, to try to effect a change in the law. However, with a potential damages claim of over £200 million, there was a considerable upside to taking this course of action. Despite its loss at the SC, the NHS continues to seek these damages from Servier via proceedings in the UK for breaches of competition law.

In separate proceedings involving other parties, the NHS are also seeking damages, via undertakings provided by Warner Lambert, thought to be upwards of £500 million, on the basis that Warner Lambert obtained wrongly granted interim injunctions that kept generic pregabalin off the market in the UK. In addition, following the Competition Appeal Tribunal’s decision that GlaxoSmithKline and some generic suppliers of the anti-depressant paroxetine broke competition law, the path also seems clear for the NHS to seek damages from these parties too.

Pharmaceutical patentees, in particular, need to be aware of this growing trend so they can factor it into their commercial plans surrounding patent enforcement and patent settlement strategies in the UK.

Servier was granted a salt-form patent in 2004 for the alpha crystalline form of the tert-butylamine salt of perindopril. The EPO upheld the patent following opposition proceedings involving 10 opponents in 2006. In the UK, Servier obtained an interim injunction preventing the sale of generic perindopril in 2006 and in the subsequent main action proceedings in 2007, the patent was held to be invalid for lack of novelty and lack of inventive step. That decision was upheld in the Court of Appeal in 2008, and a year later the EPO Technical Board of Appeal revoked the patent.

In this case, the NHS had alleged that “in obtaining, defending and enforcing the patent, the third respondent [Servier] practised deceit on the EPO and/or the courts, with the intention of profiting at the expense of the appellants [NHS]. It is alleged that the patent was obtained, defended and enforced on the basis of representations about the novelty and/or lack of obviousness of the alpha form that the third respondent knew to be false, or that were made with reckless indifference as to their truth. These allegations are denied by the respondents but are assumed to be true for the purpose of the strike out application” and that “as a result of the respondents’ deceit, manufacturers of generic perindopril did not enter the market as early as they otherwise would have done. This would have driven down the price of perindopril and so this delayed entry into the market meant that the appellants had to pay higher prices.”

This alleged conduct was said to form the basis of an unlawful means tort claim for which damages and interest of over £200 million were claimed.

The lack of direct connection between the allegedly misleading behaviour by Servier and the loss suffered by the NHS and the lack of dealings between the two parties meant that the SC could not allow the appeal – these were requirements for the (strictly interpreted) tort and there risked being a floodgates effect if this was overridden. The dealing requirement also minimised the danger of there being indeterminate liability to a wide range of claimants. In the present case, for example, if the NHS’s case was accepted the potential claimants would include the various UK Health Authorities, generic competitors, private medical insurers, foreign health authorities and even individuals who had to pay more for perindopril.

The risk of the tort resulting in liability to a wide range of claimants arose in part because the House of Lords in OBG rejected a narrow and specific test of intention which requires the defendant to target the claimant. Intention for the purposes of the unlawful means tort includes intending harm to the claimant as a means to an end, such as enriching the defendant. Given that competition involves gain at the expense of others, this means the tort could operate very broadly without the delimiting factor of the dealing requirement.

This was not, however, an appropriate case for the Supreme Court to revisit the OBG test of intention, and it would not assist the NHS’s case if it were to do so as the NHS had not pleaded a more specific intention on the part of Servier to target the NHS in this case. Its case was that harm had been caused to the NHS as a means to an end.

The court therefore rejected the NHS’s submission that the dealing requirement was an undesirable and unnecessary addition to the essential elements of the unlawful means tort.

For more on the detail of this decision see the report on our Litigation Notes blog here. 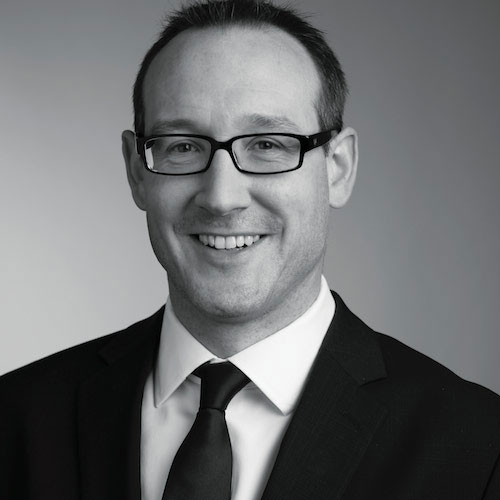