The Court of Appeal of England and Wales has granted Sky’s appeal from the High Court decision that had held that some of its trade mark registrations were applied for in part in bad faith. In its Sky v SkyKick appeal decision of 26 July 2021, the Court of Appeal (CA) (Lord Justice Sir Christopher Floyd giving the leading judgment) found that it was not bad faith not to have an intention on application to use a mark for everything that could fall within a  specification term (here “computer software”), nor was there a requirement to demonstrate a commercial strategy for using every type of good or service that could fall within a general description. The decision reaffirms that bad faith will only be found in exceptional circumstances, which were ultimately not found in this case.

The Court of Appeal’s decision follows several rounds of litigation for Sky and SkyKick, including a reference to the CJEU in January 2020 (Case C-371/18 – see our report here), where the court provided clarification on important questions about the extent of the monopoly businesses can obtain legitimately through the registration of a trade mark. The CJEU held that a registered trade mark could not be declared wholly or partly invalid as a result of a lack of clarity and precision of the terms used to designate the goods and services covered by that registration. Further, whilst invalidity on the ground of bad faith may be triggered where an applicant registers a mark without any intention to use it in relation to specified goods and services, bad faith will only be established in exceptional circumstances. This outcome was helpful to existing trade mark proprietors and favoured the existing status quo of the trade mark system, including the UK’s.

On return to the High Court, Sky succeeded in its claim of infringement of its SKY trade mark (registered for telecommunications services and electronic mail services, among other things), by SkyKick’s use of “SkyKick” as a word and figuratively (for email services), but, significantly, whilst also giving Sky the opportunity to withdraw allegations of infringement based upon elements of its wider trade mark registration specification that Lord Justice Arnold (sitting in the High Court) found to be registered in bad faith (Sky v SkyKick [2020] EWHC 990 (Ch), 29 April 2020), rather than striking them down directly. The High Court held that certain of Sky’s trade marks were partially invalid on grounds that they were filed in bad faith.  Lord Justice Arnold had already found that certain registrations had been applied for in respect of certain goods and services for which Sky had no reasonable commercial rationale to do so. The Judge innovatively decided to cut down Sky’s registration for “computer software” to arrive at what he believed to be a fair specification, rather than rely upon SkyKick’s or Sky’s submissions.  He gave Sky seven days to withdraw that part of the infringement claim that relates to the removed part of the specification, in return for the court making no order as to the declaration of invalidity sought by SkyKick on that part of the registration.  That left Sky not being compelled by court order to adjust its specification. Sky appealed.

A finding of bad faith is an absolute ground for invalidity of a trade mark registration and leads to revocation of the trade mark.  This case examined whether revocation could occur in part or in full in relation to use which did not encompass the full possible extent of the goods or services covered by a general term in the specification.

The CA further held that it was not the case that an applicant for a trade mark had to formulate a commercial strategy for using the mark in relation to every species of goods or services falling within a general description or else be held to have applied in bad faith.

Floyd LJ held that: “Such an applicant is entitled to say “I am using the mark for specific goods falling within description X. I have no idea precisely where my business in goods of that description will develop in the next 5 years, but there will undoubtedly be more such goods than there are now.” Such an applicant would always be forced to accept that there was no prospect whatsoever that it would use the mark for every variety of goods within the description. Such an applicant could not, however, be accused of bad faith in the light of its strategy for applying for protection of sufficient width to cover some further, as yet unformulated, goods within the same category.”

The High Court decision appeared to be one driven by policy, building on the CJEU decision: parts of wide trade mark specifications will be struck down, if certain terms seek over broad protection not justified by actual use or the reasonable prospect of use at the time and not filed for legitimate business reasons.  It also opened a new line of attack for parties defending trade mark claims against brand owners, to force them to open up the history of why broad registrations were filed and seek extensive disclosure as to the trade mark proprietor’s motives at the date of filing.  This proved to be an uncomfortable area for in-house teams in the interim (prior to the successful appeal), since the effect was such that they would need to either seek to preserve legally privileged communications and not be able to use them to defend such allegations or have to waive privilege to fight them.

The CA’s more trade mark proprietor-friendly interpretation of the CJEU’s decision (which due to retained EU law is still part of the UK law post-Brexit, although the CA could have chosen to depart from this if it had wished – see our discussion here), which reaffirms that bad faith will only be found in truly exceptional circumstances and that proprietors are not required to provide proof of commercial intent to use the trade mark across the full extent of the specification where a relatively generic term like “computer software” is used, will therefore be welcomed by brand owners with broad or generically phrased specifications. 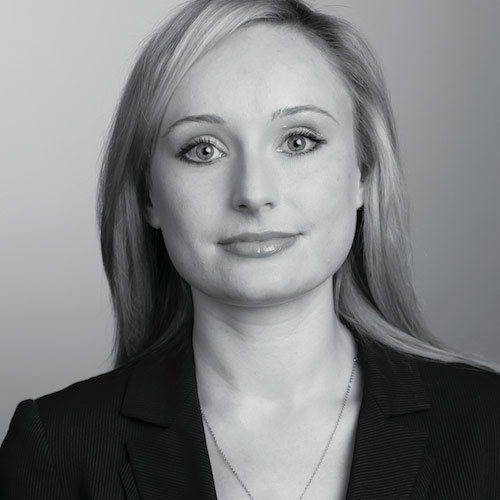