On July 3, 2018, Uruguay passed its International Commercial Arbitration Act after its upper house, the Chamber of Senators, signed off the draft in May.[1] A day later, it was Argentina’s turn.[2] These enactments mark the final step of a long awaited reform of the Argentinean and Uruguayan arbitration legislations, and finally place them on an equal footing with neighbouring states.

Up until 2015 Argentina’s arbitration legislation was completely obsolete. The Civil and Commercial Code reform introduced in 2015 contained a chapter on the arbitration agreement and was intended to provide a more modern arbitration law. However, certain aspects of the reform did not satisfy the expectations of the international arbitration community.[3]

After several attempts to pass similar bills failed due to a lack of political will, the much-needed reform finally arrived, with arbitration practitioners, academics, judges and politicians playing an active role in the drafting of the new Act.

The brand-new bill is based on the 2006 version of the United Nations Commission on International Trade (UNCITRAL) Model Law, with a few changes. The UNCITRAL Model Law reflects the current trends of the field and embodies international consensus with regards to the regulation of international arbitration.[4]

This constitutes a deviation from Article 1(3)(c) of the UNCITRAL Model Law, which provides that parties may agree that the subject matter of the arbitration agreement is international. Another change is that under the new Act all valid arbitration agreements must be “in writing”.[7]

The Act is applicable if the seat of arbitration is in Argentina. However, a few provisions apply for foreign seated arbitrations, including:[8] (i) the obligation of the courts to refer the dispute to arbitration if there is an arbitral agreement, except if it is null, void or cannot be executed;[9] (ii) protective measures;[10] and (iii) recognition and execution of the awards.[11]

Finally, the law derogates from Article 519 bis of the Civil and Commercial Procedural Code regarding the recognition and enforcement of awards[12] and establishes a shared system between the UNCITRAL Model Law and the New York Convention on the Recognition and Enforcement of Arbitral Awards.[13]

In Uruguay, this is the first piece of legislation governing international commercial arbitration to be enacted following an unsuccessful attempt to pass a bill in 2004 that was rejected by the upper house.[14] While the courts have relied on the few provisions in the Uruguayan General Procedure Code and on the New York Convention to favour arbitration in their rulings, the absence of a predictable legal framework has discouraged parties from choosing Uruguay as a seat of arbitration.

The Uruguayan International Commercial Arbitration Act is based on the 1985 UNCITRAL Model Law and contains certain elements from the 2006 version of the Model Law, such as the provisions on interim and provisional measures.

Further, the new bill provides that the tribunal shall decide the case on the basis of the applicable law to the merits chosen by the parties.[17] The bill also includes five sections governing the costs of the arbitration, which are not included in the Model Law.

The new arbitration acts have equipped Argentina and Uruguay with standard frameworks aligned with the expectations of international arbitration users, thus contributing to reinforce Latin America’s position as an arbitration-friendly region.[18] 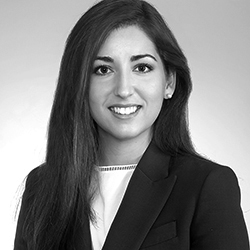 [1]        The Chamber of Senators of the Parliament of Uruguay (“Cámara de Senadores del Parlamento”) approved the bill on May 16, 2018. The new law will be in force after receiving executive approval and being published in the official gazette.

[7]        Argentinean International Commercial Arbitration Act, Article 15. This condition is met when the arbitration agreement arises from an email, Article 16.

[15]       The Uruguayan International Commercial Arbitration Act did not adopt sections 1.3.b(i) and 1.3(c) of the UNCITRAL Model Law to avoid parties agreeing to international arbitration in domestic cases, and thus eluding the prohibition in Section 2403 of the Uruguayan Civil Code for the inclusion of choice of law clauses.

[16]       Section 2403 of the Uruguayan Civil Code forbids parties to a contract to choose the applicable law, when and if by virtue of Uruguayan conflict of law rules Uruguayan law would be applicable. Case law and scholars have agreed that this rule does not apply when international arbitration is agreed as a means of dispute resolution.