Are concerns about “attacks on arbitration” in Brazil justified?

Alarmism would be excessive. However, recent judgments by the Brazilian judiciary call for a hint of caution when selecting Brazil as a seat for arbitration.

Recent articles published in the Brazilian legal and general press have spurred a lively debate as to potential threats to the country’s development into one of the world’s leading seats for arbitration.[1] These concerns are largely the result of (i) a string of decisions by the Brazilian judiciary annulling awards issued in Brazil, or refusing to enforce foreign awards in a handful of high-profile cases, and (ii) the release of data showing an increase in the number of applications to the judiciary for the annulment of arbitral awards in 2020 and in the first quarter of 2021, as well as of the number of judgments annulling arbitral awards.

Assuming this data is reliable, a mere increase in the number of annulment applications or judgments annulling arbitral awards is hardly a sign that arbitration is under threat in Brazil. An efficient control over arbitral awards by the judiciary, within the strict limits set by article 32 of the Brazilian Arbitration Act, is the sign of an arbitration-friendly jurisdiction. A qualitative analysis of recent judgments annulling arbitral awards would be required to accurately conclude whether there is an increasing tendency by the Brazilian judiciary to exceed these limits.

Several factors could explain this apparent increase in the number of annulment applications and judgments annulling arbitral awards. For instance, the exponential growth of arbitration in the country over the last 20 years, particularly with domestic cases, and the fact that some large players in the market have turned to arbitration to resolve issues that typically generate massive litigation.[2]

Overall, the data that have recently caught the attention of the arbitration community does not seem to call into question Brazil’s status as an arbitration-friendly jurisdiction, and one of the leading seats in the LatAm region. However, this does not mean that some of the concerns expressed are entirely baseless, and some recent judgments do suggest an increased intervention of the Brazilian judiciary with respect to key features of the arbitral process.

Article 13§6 of the Brazilian Arbitration Act legitimizes the arbitral process by requiring that arbitrators be impartial and independent from the parties, their counsel and other arbitrators sitting on the tribunal.

However, the judgment issued by the Superior Court of Justice (Superior Tribunal de Justiça) in the Abengoa matter, which denied enforcement of a US award that was confirmed by the US District Court for the Southern District of New York based on the alleged lack of independence of one of the arbitrators, has raised questions as to the applicable standards in that respect.[4] In practical terms, it seems that this judgment has led to challenges to arbitrators when the slightest relationship between the law firm to which they belong to and the parties to the arbitration (or a related party) exists, even when the arbitrators are not involved in that relationship and that relationship is not substantial.

In addition, the position of the courts on the consequences of an arbitrator’s failure to disclose does not seem to be settled. In a recent decision, the São Paulo Court of Appeals apparently annulled an award based on a mere arbitrator’s disclosure failure. This was without examining whether the undisclosed fact could effectively raise a justifiable doubt as to that arbitrator’s independence and impartiality.[5]

The principle of competence-competence, enshrined in article 8 of the Brazilian Arbitration Act gives priority to the arbitrators to decide upon their own jurisdiction without any undue interference from the judiciary. This is key to ensuring the effectiveness of arbitration agreements in Brazil.

However, recent matters have produced questionable interpretations of this principle by the judiciary. This relates specifically to arbitrations initiated by shareholders of Petrobras against the Brazilian State, as controlling shareholder of the company, before the arbitration chamber of the São Paulo Stock exchange (CAM-BOVESPA). First, in several decisions, the São Paulo State courts have excluded the Brazilian State from the arbitrations in an apparent disregard of the principle of competence-competence.[6] Second, in conflict with competence proceedings – a process provided by the Brazilian Code of Civil Procedure to resolve conflicts of jurisdiction between domestic judges – Superior Court justices have rendered conflicting decisions on the scope of the principle of competence-competence.[7]

Arbitrators’ discretion in the conduct of the arbitration

However, in a string of recent decisions, the lower courts have sought to curtail the arbitrators’ freedom in that respect. Some arbitral awards were annulled for breach of due process, on the grounds that (i) the tribunal had rejected a request to appoint a technical expert, in cases where the tribunal considered that it was sufficiently informed by the available documentary, expert and witness evidence,[8] and (ii) the tribunal had admitted evidence in the record after the deadline provided in the initial procedural timetable that had been adopted with the parties consent.[9]

These issues possibly call for clarification by the Superior Court of Justice to ensure predictability, for the users of arbitration, as to the extent of judicial intervention in the arbitral process. Such clarification may be necessary to ensure that the significant delays and costs involved in defending the arbitral process from undue judicial intervention do not outweigh the substantial advantages of arbitrating in Brazil.

[2] For example, the health conglomerate UNIMED has included an arbitration clause in the contract that binds all the affiliated entities, and created an arbitral institution to resolve disputes with these entities. In the São Paulo Court of Appeals (second instance of appeal), at least 12 applications were registered for annulment of awards rendered under the UNIMED arbitration framework. 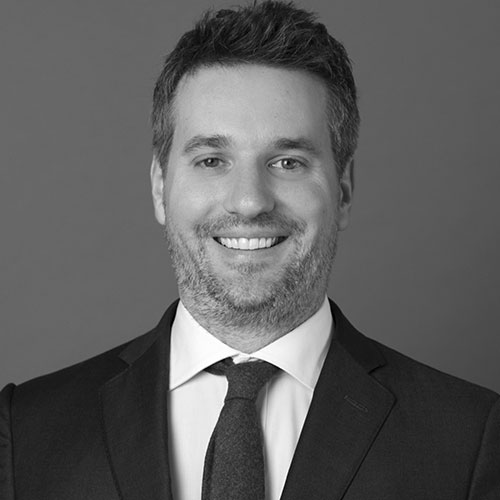