CHILE’S NEXT POLITICAL CHAPTER: NEW CONSTITUTION ON THE WAY, AND NEW PRESIDENT

On December 19, 2021, Gabriel Boric was elected the new President of Chile. This is a significant development for the country, and its potential impact on foreign investment is best understood by revisiting the most recent developments in Chile, including the moves to effect Constitutional changes.

Over the past few years, Latin American countries have been shaken by the effects of the COVID-19 pandemic, populist initiatives, demands for social spending, and massive demonstrations, deepening the political volatility in the region. Chile has not been a stranger to this situation. In October 2019, the country was immersed in a social unrest where Chileans took to the streets to protest against an increase in public transport fares. The demonstrations, however, were rooted in much deeper concerns than the rise in fares, showing a long-standing system-wide discontent. As a repercussion of these events, a movement for a constitutional change sparked.

We discuss below how the composition of the Constituent Assembly, the proposals presented by the delegates to the Constitutional Convention in their candidacies, and the outcome of the recent election (resulting in the leftist Gabriel Boric as new president of Chile) might shape the economic fundamentals in Chile and the future of doing business in the country.

The Origins of the New Constitution

Chilean’s current Constitution was enacted during the military government of Augusto Pinochet in 1980. Despite the democratic transition in 1990, the Constitution remained in force. In addition, it has been claimed that the current drafting of the Carta Magna has set aside rights such as access to social security and freedom of education, which are precisely the social demands of certain sectors in Chile.

As a result of the tensions created by the demonstrations in October 2019, a year later, Chileans participated in a national referendum held on October 25, 2020, to cast their vote on whether the country should draft a new Constitution. Almost 77% of Chileans voted positively. A few months later, in May 2021, Chileans went to the polls again to choose the 155 delegates to the Constituent Assembly. The results of these elections demonstrated, to a certain extent, where the discussions towards a new Constitution may be headed.

Most electoral delegates are center-left or left-wing, and also include representatives from indigenous groups. While the center-right coalition secured plurality, it fell short of reaching a number that would allow them the veto power in the decision-making. Even the early decisions taken in July 2021 suggest that the Constituent Assembly will entail a departure from the more traditional institutions in Chile. For example, the President of the Convention is the leader of the Indigenous Mapuche, while the vice-president is an independent but left-wing ally.

Despite the diversity in the composition of the Constitutional Convention, the requirement of a 2/3 majority to approve the text of the New Constitution might act as a deterrent for certain initiatives considered “too extreme” by any of the opposing sectors.

In October 2021, the members of the Constituent Assembly commenced their substantive work. They are scheduled to draft and approve a proposed text within the next nine months – a period that can be extended for three months on a one-time basis. In mid-2022, a second referendum will be held to approve or reject the new Constitution.

The elections held in May 2021 helped non-traditional parties to take several seats in the Constituent Assembly. These new players at the political level certainly contribute to shape the economic fundamentals and the future political system in Chile. However, at the same time, this new body with decision-making power triggers risks and concerns – especially for local and foreign investors who have operations or assets in Latin America or are looking to do business in the country.

The New Constitution Observatory, a multi-disciplinary group comprised of Chilean academics, public policy experts, and members of universities and international institutions, has recently published a report identifying the constitutional proposals that the 155 delegates to the Constituent Assembly will be discussing. The report reveals the following initiatives:

Although these proposals were made by delegates to secure a seat in the Constitutional Convention, they may be the starting point for the dialogue. The Constituent Assembly delegates will certainly have the arduous task of balancing (or not) the demands for social rights, environmental concerns, citizen participation, together with a strategy in which foreign and national companies can make their investments with legal certainty. Conscious of these discussions, the Sociedad Nacional de Minería de Chile (Sonami), an association of private entrepreneurs from the mining sector, has recently presented proposals for a new Constitution focusing on mining property, taxes, lithium, the environment, and indigenous peoples. In this regard, Sonami emphasized the need to guarantee fair, equitable, and non-discriminatory treatment to the private sector.

The Presidential Elections Add to the Scene

Amid the backdrop of the ongoing Constitutional Convention, on November 21, 2021, Chileans went again to the polls to cast their vote for the presidential and congressional elections, in addition to several down-ballot local elections. The far-right former legislator José Antonio Kast won with 27.9% of the votes while leftist Congressman Gabriel Boric came second with 25.8% of the votes. However, both fell short of the 50% needed to win outright and faced each other in a runoff.

On December 19, 2021, Gabriel Boric was elected President with the most votes in the history of Chile. This outcome should not come as a surprise. After Chileans voted to draft a new Constitution by a clear left-wing majority Constitutional Convention, they now gave the majority to a leftist candidate, confirming a non-conservative approach. This result sets up a scenario in which foreign key players in the country anticipate that the new government adopts and implements policies that dramatically change the rules of the game. However, such fear would not be completely justified since President-elect Boric will not have a parliamentary majority.

Despite the above, there is no doubt that Chile’s next government is aligned with the ongoing constitutional process – where the majority, as mentioned, is left-wing. In fact, immediately after his victory, President-elect Boric included in his winning speech a reference to the new Constitution, stating that “[w]e will defend the constitutional process, which is a source of world pride. It is the first time that we have written a Constitution in a democratic way. Let us take care of this process so the Carta Magna is the result of an agreement and not an imposition.” (free translation)

The new text of the Chilean Constitution, and the new regime of President-elect Boric will be crucial in shaping the future of doing business in the country. However, it is too early to predict where Chile is heading to in the upcoming years. The new Constitution is in the early stages of being written.

We will continue to monitor developments in Chile and encourage you to subscribe to be kept informed of the latest developments. Please contact the authors or your usual Herbert Smith Freehills contacts for more information. 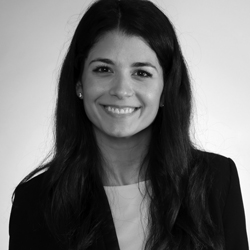