On August 7, 2022, Gustavo Petro took office as President of the Republic of Colombia.  This election is historic for multiple reasons: Petro won with the highest number of votes in Colombian electoral history (over eleven million votes); and this is the first time a left-wing candidate has been elected as President in the country.  This certainly entails a new chapter for Colombia – and depending on how his governmental plan is put into practice, Petro’s presidency will have an impact on foreign investment.

We discuss below some of the key proposals in Petro’s governmental plan “Colombia Humana” (Humane Colombia) (the “Plan”), which cuts across various sectors including oil & gas, mining, renewable energy, and foreign trade.

One of the main proposals Petro has focused on has been the defense and promotion of the environment as well as the fight against climate change. Accordingly, Petro proposes to move away from an economic model based on extraction of fossil fuels and give room to the development of clean energy.  To attain this goal, the Plan contemplates (i) putting an end to the granting of new hydrocarbon exploration licenses, (ii) discontinuing fracking pilot plans and offshore drilling, and (iii) banning open-pit mining. According to Petro, this would allow an accelerated transition to clean energy sources such as wind and solar.

Considering that the hydrocarbon sector contributes to approximately 3.3% of Colombia’s GDP, it remains to be seen how these proposals would affect current projects.  Petro’s position has been criticized in light of the current trend of increasing oil prices.  In fact, the Organization for Economic Cooperation and Development (OECD) projects that Colombia will be the Latin American country with the highest growth in the region this year, mainly because of that trend.

The Plan proposes the implementation of a series of social programs, including free public education and universal health care.  To develop the promised social programs, Petro has proposed to raise taxpayers’ contributions up to COP 50 trillion (approximately USD 20 billion) through a tax reform. President Petro has stated that the tax reform will focus on increasing the tax burden on Colombia’s upper class and the country’s largest companies.

In April 2022 (before the presidential elections), Petro signed an affidavit before a notary public stating that he would not expropriate private property if he became president. In addition, Petro has assured that socially and environmentally responsible private investors will be supported and protected during his administration.

However, the Plan includes a proposal for an agrarian reform which would include the creation of a new tax on unproductive lands. According to this proposal, if landowners are unable to pay the tax on unproductive lands, they can “transfer” these to the State without compensation. This proposal has been heavily criticized as it has been interpreted as a form of “undercover” expropriation.

The Plan envisages a protectionist approach to Colombia’s foreign trade policies. Among other proposals, Petro plans to reduce tariffs on raw materials to promote the domestic industry, and to increase tariffs for the import of value-added products in order to make them less competitive with domestic industry. Petro has also proposed to renegotiate free trade agreements, including the Colombia-US Free Trade Agreement (in force since 2012).

Colombia’s population is comprised of 6 million adults over sixty years old, 3.2 million of whom do not currently have a pension or government funded benefits.  Currently, Colombia has two alternative pension systems, a public pension, and a private system administered by private pension fund management institutions. The Plan proposes to unify both systems.  Under the proposal, every worker would have an obligation to contribute to the public pension system and may also contribute to the private system.

In terms of employment, the Plan proposes to increase the minimum wage, offer unemployment benefits, and guarantee full employment. To accomplish the third objective, the Plan proposes that the State should act as an employer of ‘last resort,’ offering jobs to those who are able and willing to work, but cannot find employment in the private sector.

Economically, in addition to continuing to fight the effects of the COVID-19 pandemic and the impact of the Russian invasion of Ukraine, President Petro faces challenges such as countering high rates of inflation (10.21%), unemployment (11.2%), and informality of the economy (around 44%), as well as mitigating a fiscal deficit that exceeded 7% in 2021 and controlling level of external debt (around 50% of the GDP).

As to the social context, Petro will have to design new strategies to confront the armed groups that have caused serious human rights violations.  Indeed, after the signing of the peace agreement with the FARC in 2016, more than 680 social leaders have been assassinated.  In this regard, the President has stated that a priority of his government will be to negotiate a peace agreement with the ELN (National Liberation Army).  Further, in his inaugural speech, President Petro declared that peace was possible, and Colombians needed to end, once in for all, six decades of violence and armed conflict.

In terms of politics, Petro inherits a very polarized country. Although Petro obtained the highest vote count in history, more than ten million voters preferred his opponent Rodolfo Hernandez, an extreme-right candidate. President Petro therefore will also have to lead the country representing those voters. In addition, despite being the primary force in Congress, with twenty senators and twenty-seven representatives in the House of Representatives, Pacto Historico (Historical Pact) – the coalition under which President Petro was elected – does not have a majority in either chamber.

For this reason, President Petro had to form alliances with center-right and right political parties. While this means that Petro will have the numbers to pass his reforms, he will be held accountable by the parties that are not aligned with his political agenda. Thus, President Petro may have to moderate his proposals further to reach consensus.  In this regard, President Petro has assured that he is seeking a “great national agreement” between the various political groups.

Although President Petro has moderated his political speech since his times in the M-19 guerrillas and especially during the run-up to the second round of the presidential elections, the Colombian business sector is still concerned about the implementation of his governmental proposals.  We will keep monitoring Colombia’s new regime and encourage you to subscribe to our Latin American Notes to be kept informed of the latest developments. 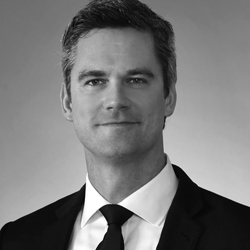