In a decision handed down earlier today, the High Court has upheld RBS's claim to privilege over certain documents which the bank had been ordered to produce to the court for inspection: Property Alliance Group Limited v The Royal Bank of Scotland Plc [2015] EWHC 3187 (Ch).

The decision confirms that the protection of legal advice privilege is not restricted to actual legal advice. The privilege will protect other information communicated from the lawyer to the client (or vice versa) to enable the lawyer to advise and the client to make informed decisions in a relevant legal context. This may include references to matters in the public domain or to meetings and correspondence that would not, in themselves, be privileged.

The decision is particularly helpful in recognising that the policy justification for privilege applies equally in the context of regulatory investigations, where the public interest will be advanced if regulators can deal with experienced lawyers who can accurately advise their clients how to respond and co-operate. The judgment notes: "Such lawyers must be able to give their client candid factual briefings as well as legal advice, secure in the knowledge that any such communications and any record of their discussions and the decisions taken will not subsequently be disclosed without the client's consent."

James Norris-Jones and Maura McIntosh, a partner and professional support consultant in our disputes team, consider the decision further below.

The bank asserted privilege in various categories of documents prepared by its external lawyers relating to meetings of the bank’s Executive Steering Group (ESG), which was a special committee formed by the bank to oversee the regulatory investigations in relation to LIBOR misconduct and related litigation, and to liaise with the bank's lawyers. The claimant challenged the claim to privilege.

Mr Justice Birss was not satisfied that the claim to privilege was correctly made (see our previous post on that decision). He ordered the bank to produce the ESG high level documents to the court for inspection by another judge of the Chancery Division who would determine the claim to privilege. In his decision, Birss J commented that if the ESG’s role included overseeing investigations and reporting to the bank, he could not see how memoranda prepared by the bank’s lawyers on the progress and outcome of reviews, investigations and findings would be privileged. Any legal advice contained in the documents would no doubt be privileged but, he said, “it does not follow from this that any factual summary in the document is privileged”.

Snowden J was appointed as the inspecting judge and reviewed 81 ESG high level documents produced by the bank for his inspection.

Snowden J upheld the claim for privilege. The documents fell into two types, all of which were prepared by the external lawyers and sent to members of the ESG:

The judge noted that the areas of debate as to the proper extent of legal advice privilege in this and other cases have tended to arise from two sources:

Applying these principles to the documents in question, Snowden J was entirely satisfied that the lawyers were engaged by the bank in a "relevant legal context" and that the documents formed part of a continuum of communication and meetings between solicitor and client the object of which was the giving of legal advice as and when appropriate.

Although the first type of document, the tabular memoranda, did not in terms ask what the bank wanted the lawyers to advise on, their purpose was clearly to provide a comprehensive and up-to-date summary of developments in the regulatory investigations as the basis for discussions at meetings between the ESG and the advisors. As for the second, the minutes showed that the lawyers supplemented the contents of the tables with reports and references to meetings and communications they had had with the regulators on behalf of the bank, and also (importantly, the judge said) gave their impressions, responded to questions and gave suggestions as to what the bank should do next in relation to the regulatory investigations. The role of the lawyers at such meetings, the judge said, was to convey information to members of the ESG and provide them with legal advice.

Snowden J rejected the claimant's submission that, although references in the documents to legal advice received could be redacted as privileged, other material in the documents (such as references to information concerning public events or dealings with regulators) would not be privileged and should be disclosed. The communication of information between lawyer and client was privileged, provided that it was information communicated in confidence for the purpose of the client seeking, and the lawyer giving, legal advice. The test was one of relevance and purpose; the source of the information made no difference.

The claimant also argued that if briefing papers and minutes had been prepared by a bank employee they would not have been privileged and would have had to be disclosed, though with references to any legal advice redacted. It was illogical to conclude, the claimant said, that privilege could attach simply because the briefing papers and agendas were prepared by the lawyers and sent to the ESG.

Snowden J rejected that argument too. He said he could well see that, depending on the facts, a court might not uphold a claim to privilege in the minutes of a business meeting just because the minutes were taken by a lawyer who was present and later sent them to the client. But that was because the court would have taken the view that the lawyer was not "being asked qua lawyer to provide legal advice" (as per the test in Three Rivers No 6) but rather was asked to take the minutes simply as a matter of administrative convenience. Here the lawyers did not organise or attend the ESG meetings simply, or even primarily, to provide administrative support to the ESG. The ESG meetings had very substantial legal content, and the services provided by the lawyers (in setting the agendas, coordinating the meetings, leading the discussions and preparing the minutes) was an integral part of their provision of legal advice and assistance.

Snowden J went on, for completeness, to consider whether the ESG high level documents fell within the policy underlying the justification for legal advice privilege. He concluded that they did. That policy justification could not be limited to a need to encourage a client to disclose matters candidly to his lawyer. Lawyers are often also given the task of investigating, or are in possession of, relevant information. The lawyer must be able freely to communicate that information to the client to enable the client to make a fully informed decision as to what further legal advice to obtain, and what to do. When legal advice is then given, the lawyer must also be able to provide the client with an accurate record of the discussions and the decisions taken as a consequence.

"If the lawyer was concerned that his communications might be disclosable to third parties without the client's consent, he would be most unlikely to commit such matters to paper, with the inevitable risk of misunderstandings as to the facts, the legal advice given, and the decisions taken. That could not possibly be said to serve the public interest in assisting clients to achieve an orderly arrangement of their affairs."

The same applied to communications between a lawyer and client in the context of a regulatory investigation. 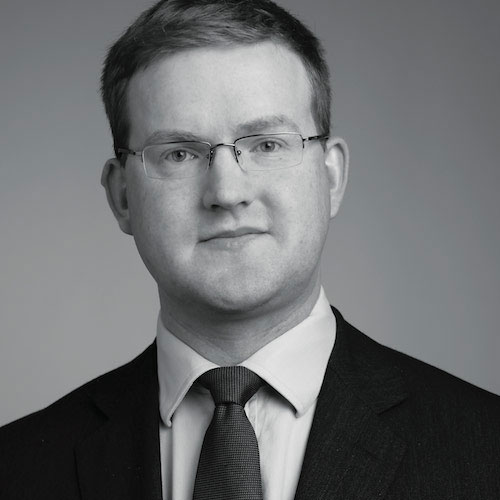