The High Court has refused an order allowing The Sunday Times to obtain access, in advance of a trial, to witness statements prepared for that trial, even though the statements had been placed before the judge and referred to at a pre-trial hearing: Blue v Ashley & The Times Newspapers Limited [2017] EWHC 1553 (Comm).

The decision suggests that the court will not generally make witness statements prepared for use at a trial publicly available before the witness gives evidence. Although the position is different where the statements have been placed before the judge and referred to at a pre-trial hearing (disclosure will usually be ordered in those circumstances), there is still a need for the court to consider the particular circumstances, including (importantly) the non-party's purpose for seeking access. Where that purpose is simply a wish to report on the evidence witnesses will give at trial before the trial starts, that is unlikely to be sufficient.

Maria Clarke, a senior associate in our dispute resolute team, considers the decision further below.

On 31 May 2017, Times Newspaper Limited (TNL), the publisher of the Sunday Times, applied to get access to documents which had been filed with the court and referred to at a pre-trial hearing in proceedings between two individuals, Mr Blue and Mr Ashley. The documents included the witness statements of Mr Blue and Mr Ashley prepared for use at the trial, witness statements made by their solicitors for the pre-trial hearing, and the expert report which was the subject of the pre-trial hearing. The claimant, Mr Blue, did not oppose TNL's application but the defendant, Mr Ashley, did.

The pre-trial hearing in question took place in April 2017 to consider Mr Ashley's application for permission to rely on expert evidence at trial. A bundle of documents was prepared for use at the April hearing and was lodged with the court. Among the documents in that bundle were witness statements made by Mr Blue and Mr Ashley for use at the trial. The judge was invited to read these statements (in some instances he was asked to read only extracts from a particular witness statement) and the parties made references to these statements in their arguments during the April hearing.

TNL did not serve any evidence to explain why it wanted access to the documents. However, from the nature of the material and the way TNL argued the application it was obvious to the court that its primary interest was in the witness statements of Mr Blue and Mr Ashley; TNL wished to publish some of the evidence they were going to give at the forthcoming trial before they gave it.

The High Court (Mr Justice Leggatt) permitted TNL to obtain copies of the witness statements of the parties' solicitors that were prepared for the April hearing but refused the application in relation to the rest of the documents.

The court considered whether it had the power to permit access to the documents before the trial and concluded that it did.

Civil Procedure Rule (CPR) 5.4C(1) states the general rule that a non-party can obtain from the court records a copy of (a) a statement of case (but not the documents attached to or filed with it) and (b) a judgment or order given or made in public. CPR 5.4C(2) provides that, with the court's permission, a non-party may obtain a copy of any other document filed by a party.

The case law suggests that, in exercising its powers to permit access to documents used in proceedings, the court should be guided by the principle of open justice, ie that court proceedings should be conducted in public except where to do so would cause injustice. According to R (Guardian News & Media Ltd) v Westminster Magistrates' Court [2013] QB 618, the essential purpose of this principle is "to enable the public to understand and scrutinise the justice system of which the courts are the administrators". The courts have an inherent jurisdiction to determine how the open justice principle should be applied and, even in the absence of a relevant statutory power, have power at common law to grant access to documents if the open justice principle requires this.

The court rejected Mr Ashley's argument that, since the statements in question were not in fact on the court file, the court had no power to grant access to them. The documents had been lodged with the court as part of the bundle for the April hearing. Therefore, for the purpose of CPR 5.4C(2) they had been filed. The fact that the court may no longer have a copy of a document on its file was not an obstacle. The court could order the parties to re-file the document or provide it directly to the non-party, if in its view the open justice principle required it. In any event, nothing in the CPR precluded the court from making an order under its common law powers to enable a non-party to obtain a copy of a document which had been served in the litigation, even if the document had not been filed with the court.

The court also considered CPR 32.13(1), which provides that "a witness statement which stands as evidence in chief is open to inspection during the course of the trial unless the court otherwise directs".  The court rejected Mr Ashley's suggestion that this implied that a non-party could not be allowed to inspect a witness statement until it stood as evidence in chief, ie until the witness had given oral evidence at the trial. A non-party can apply to court for permission to inspect a witness statement even before the automatic right has arisen, and nothing in the CPR prevents the court from granting permission.

The role of witness statements

The court noted that, prior to 1986, witnesses in civil trials gave all of their evidence orally and the other side had no prior notice of what that evidence was going to be. Witness statements were introduced to enable the parties to prepare for trial with notice of the other side's evidence and to save time during the actual trial.

However, a witness statement only becomes evidence in the case after the witness has been called to give oral evidence in court. Once this has happened, the principle of open justice requires that members of the public or press have the right to read the statement, in the same way as they would have had the right to hear the oral evidence at a public hearing. This is the rationale for the rule in CPR 32.13. There is no corresponding right or reason why members of the public should have access to the witness statements before they have become evidence in the case.

CPR 32.12 provides that a witness statement may be used only for the purpose of the proceedings in which it is served, subject to a number of exceptions including where it has been "put in evidence" at a hearing held in public. If the statements had been put in evidence, therefore, Mr Blue would have been free to provide Mr Ashley’s trial witness statements to TNL if he chose to do so, without needing the court's permission.

The court rejected TNL's suggestion that because the parties had referred to the witness statements at the April hearing, they had been "put in evidence". The reason for referring to the statements and placing them before the court was to enable the court to see the scope of the factual evidence that would be given at trial. The statements would only be "put in evidence" for the purposes of the CPR when the trial took place and the witnesses were called to give oral evidence.

The court also considered TNL's submission that the Guardian case had established a “strong default presumption” that, where documents had been placed before the judge and referred to at an open hearing, access should be granted on the open justice principle. The decision did establish that, in those circumstances, access should be permitted other things being equal. But it did not remove the need for the court to consider the particular circumstances, including the nature of the documents, their role and relevance in the proceedings and the purpose for which access was sought.

In this case, the purpose for which access was sought was critical. In Guardian, the Court of Appeal was satisfied that there was a serious journalistic purpose in seeking access to the documents, namely to stimulate informed debate about the way in which the justice system deals with suspected international corruption and the system for extradition of British subjects to the USA.

In this case, if the purpose had been to facilitate a better understanding of the arguments made at the April hearing, then (all being equal) the open justice principle would indicate that the court should grant access. However, the reason appeared to be simply to report on the evidence in advance of the trial. In the court's view, that purpose did not engage the open justice principle and any "default position" that documents referred to in open court should be made available was "displaced by the general undesirability of the court supplying a witness statement to a non-party before the statement has been deployed in the proceedings to seek to prove the truth of its contents". 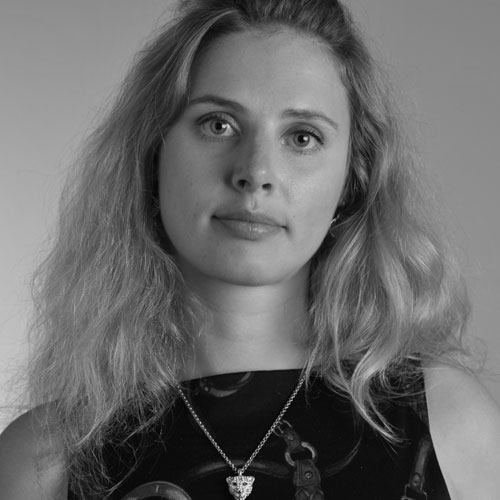