Inadequate explanation, no relief: A reminder of the potential tough consequences of failing to comply with a court order

The High Court has refused an application for relief from sanctions in relation to a failure to comply with an unless order for the payment of costs arising from a failed interlocutory application: Consult II SRO v Shire Warwick Lewis Capital Ltd [2019] EWHC 286 (Comm).

In refusing to provide relief from sanctions, the court has provided a timely reminder of the need for a party seeking relief to provide detailed and cogent evidence as to why the relevant failure has occurred. Where the breach is a failure to pay a costs order, and the applicant seeks to rely on an inability to pay, the court will expect full and frank disclosure of the applicant’s financial position, including the prospects of raising the necessary funds.

It is worth noting in particular the court’s comment that the standard of evidence required to explain a failure to comply, on an application for relief from sanctions, should be no lower than the standard expected when the court decides whether to impose a sanction in the first place.

Alex Sharples, a senior associate in our disputes team, outlines the decision below.

The claimants brought a claim against the defendants alleging, amongst other things, conspiracy to defraud and fraudulent misrepresentation. They sought damages of €4,448,416.24.

In April 2018, the court granted a freezing injunction against several of the defendants. In August 2018, the defendants applied to discharge or set aside the freezing injunction. The application was dismissed and the court awarded the claimants their costs of the failed application in the sum of £102,700 (payable within 21 days) (the “Costs Order”).

No payment was made and on 26 October 2018 the court ordered (by consent) that, unless the defendants paid the claimants’ costs of the failed application within 14 days, they would be debarred from defending the proceedings, any defence served prior to that date would be struck out, and the claimants would have permission to obtain judgment in default (the “Unless Order”).

Again, no payment was made and the claimants subsequently filed a request for judgment in default pursuant to the Unless Order on 12 November 2018. On 16 November 2018 the claimants also successfully applied to vary the freezing injunction (in light of the defendants’ failure to comply with the Unless Order). The effect of these variations was that if the defendants did not apply for relief from sanctions by 30 November 2018 (supported by a witness statement and such documents as the defendants were apply to supply) then the freezing injunction would continue until conclusion of the proceedings or until any judgment was satisfied.

On 30 November 2018 the defendants (now acting in person) applied for relief from the sanctions, supported by a witness statement from one of the defendants.

Legal background: CPR 3.9 and the test in Denton

The relevant procedural rule engaged in applications for relief from sanctions is CPR rule 3.9:

“(1) On an application for relief from any sanction imposed for a failure to comply with any rule, practice direction or court order, the court will consider all the circumstances of the case, so as to enable it to deal justly with the application, including the need –

(a) for litigation to be conducted efficiently and at proportionate cost; and

(b) to enforce compliance with rules, practice directions and orders.

(2) An application for relief must be supported by evidence.”

The three stage test typically applied by the court when dealing with applications for relief from sanctions was set out in Denton v TH White Ltd [2014] EWCA Civ 906 (considered here):

The court (Andrew Henshaw QC sitting as a High Court judge) refused the defendants’ application for relief from sanctions.

Applying the test set out in Denton, which it noted will apply equally to litigants in person as to represented parties, the court held as follows:

Stage One – Serious and significant failure: The defendants had not seriously sought to contest that their failure to comply with the Unless Order was serious or significant. The Unless Order was for a significant sum to which the claimants had been put to as a result of the defendants’ “unmeritorious” application to discharge the freezing injunction. The lengthy period of time since payment had fallen due under both the Costs Order (September 2018) and the Unless Order (November 2018) and the fact it remained unpaid only increased the seriousness of the breach.

Stage Two – Why the breach occurred: The court emphasised the express requirement for an application for relief from sanctions to be supported by evidence (in accordance with CPR 3.9(2)). As to the standard of this evidence, the court specified that:

“… the applicable standard of evidence required to explain its failure to comply with the obligation in question should be no lower than the standard that applies when the court decides whether to impose a sanction in the first place. It would be illogical and contrary to the underlying policy … for a party to be relieved from a sanction based on a lower standard of evidence than would have been required to avoid the imposition of the sanction”.

In Michael Wilson & Partners v Sinclair [2017] EWHC 2424 the court emphasised that, in circumstances of non-payment of costs orders, it was incumbent on a party who claimed that it lacked the means to pay, and that therefore a debarring order would be a denial of justice,  to provide detailed, cogent and proper evidence which gave full and frank disclosure of the party’s financial position, including the prospects of raising the necessary funds.

In the present case, the witness evidence in support of the defendants’ application failed “by a considerable margin” to provide an adequate explanation as to why payment had not been made. The evidence provided was “highly unsatisfactory”, gave no details of the defendants’ financial position, and did not include disclosure of relevant supporting documents.

Further, the very purpose of an unless order – encouraging compliance with rules and orders – would be undermined if parties who failed to comply with such an order could obtain relief “without providing a clear, full and frank explanation of the reason for their failure that satisfies the court that it is just to grant relief.” CPR 3.9(1)(b) was consequently also engaged.

In these circumstances, and even making allowance for the defendants’ lack of legal representation, it was not just to grant relief from sanctions. The Unless Order would therefore take effect. 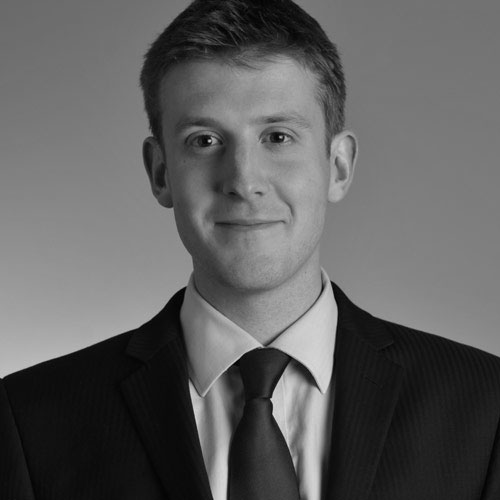