In a recent decision, the Court of Appeal held that a clause providing for liquidated damages for delay did not apply where the contractor failed to complete the contracted work (the installation of a new software system). The employer under the contract was therefore entitled to recover damages for breach assessed on ordinary principles, rather than liquidated damages: Triple Point Technology Inc v PTT Public Company Ltd [2019] EWCA Civ 230.

The Court of Appeal said that the question of whether such a clause applied in these circumstances would depend on the wording of the clause itself. In relation to the specific clause before the court, the clause was focused specifically on delay between the contractual completion date and when the work was actually completed by the contractor and accepted by the employer. If that never occurred, the liquidated damages clause did not apply. The case is a useful reminder that, when drafting a liquidated damages clause, it is important to ensure there is no room for doubt as to when the clause will apply.

The Court of Appeal also rejected the appellant’s argument that the liquidated damages clause should be struck out as a penalty clause, under the test established by the Supreme Court in the leading case of Cavendish v Makdessi (considered here). The court noted that the total sums as calculated under the clause were modest when compared to the financial consequences of delay in installing the software, and concluded that it was a genuine pre-estimate of loss.

Anthea Brookes, an associate in our disputes team, outlines the decision below.

The dispute centred around a contract entered into between the claimant, Triple Point, and defendant, PTT, for the supply of a software system.

Under the contract, Triple Point were to provide the new software system in two phases, with each phase having multiple stages of work. Phase 1 of the project was to be delivered by a certain time and the contract provided that if Triple Point failed to deliver the work by that time then it was

“liable to pay the penalty at the rate of 0.1% (zero point one percent) of undelivered work per day of delay from the due date for delivery up to the date PTT accepts such work…” (Article 5.3).

Triple Point completed stages 1 and 2 of phase 1 of the work 149 days late. It submitted an invoice in respect of this work, which was duly paid by PTT.

Triple Point then submitted further invoices in respect of work which had not been completed, on the basis that payment date for such work had passed as stated in certain work order forms. PTT refused to make such payments on the basis that, under the contract, payment was to be made by milestones (which had not been achieved apart from in respect of stages 1 and 2 of phase 1).

Triple Point then suspended any further work pending payment. PTT terminated the contract. Triple Point commenced proceedings against PTT to recover sums it said were outstanding. PTT counter-claimed damages for delay and for wrongful termination of the contract.

At first instance, the judge held that:

Triple Point appealed the judge’s decision. PTT cross-appealed against the decision that its general damages were subject to a contractual cap.

The Court of Appeal allowed Triple Point’s appeal in respect of the judge’s award of liquidated damages for delay, but otherwise dismissed the appeal and cross-appeal.

The Court of Appeal agreed with the judge at first instance that the clause providing for payment by reference to milestones took precedence over the calendar dates for payment stated in the work order forms. Further, even if payment on those dates had been required, the court rejected Triple Point’s argument that a term should be implied into the contract allowing it to suspend work in the event of non-payment. Such a term was not necessary in order to make the contract commercially workable. In the event of non-payment, Triple Point would have all the usual remedies including suing for the money due, applying for summary judgment and treating non-payment as a repudiation.

The Court of Appeal also rejected the argument that Article 5.3 was an unenforceable penalty as it imposed a detriment “out of all proportion to any interest of the innocent party” under the Makdessi test. It was relevant that the sums generated by the contractual formula were relatively modest when compared with the potential financial consequences flowing from the late delivery of the software and its impact on PTT’s business. Whilst the contractual formula was not perfect (and when applied resulted in a seemingly large headline figure for liquidated damages), the court considered it to be a genuine pre-estimate of the losses likely to flow from the delay.

In relation to whether Article 5.3 was applicable, the Court of Appeal accepted Triple Point’s argument that it was not engaged in the present circumstances. The court identified three different approaches the courts have taken to liquidated damages for delay where a contractor fails to complete work and a second contractor steps in: (i) the clause does not apply; (ii) the clause applies up to termination of the first contract; and (iii) the clause continues to apply until the second contractor achieves completion. 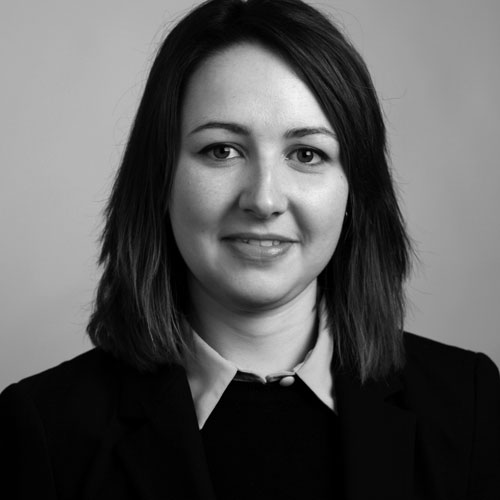