The High Court has applied Court of Appeal authority to rule that Protective Costs Orders (PCOs) are not available to claimants in private law litigation, in what appears to be the first decision relating to PCOs in the specific context of a claim under Part 7 of the Civil Procedure Rules: Jolyon Maugham QC v Uber London Limited [2019] EWHC 391 (Ch).

The High Court rejected an argument that a PCO could be made in private law litigation so long as there is a public interest in the resolution of an issue of general public importance. This will be of comfort to commercial parties who might otherwise have been at risk of being forced to incur substantial costs with no hope of recovery in proceedings brought by activist individuals.

The court’s consideration of the criteria for granting a PCO more generally also suggest that PCOs will not be granted to parties seeking to advance their private interests by bringing public law litigation using a disinterested person as a vehicle for those interests.

Herbert Smith Freehills acted for Uber in the case, and Heather Gething, Michael Hunt and Avi Haffner from our tax disputes team consider the decision below.

The application for a PCO was made by barrister Jolyon Maugham QC (the “Claimant”) in relation to a claim he had brought against Uber seeking a VAT invoice for a journey he booked using Uber’s platform. The Claimant claimed that Uber (rather than the driver) supplied the ride to him, and accordingly Uber was liable to account for VAT on the fare charged.

Uber provides a ride booking service matching taxi drivers and passengers and the drivers provide the transportation services to the passengers. The liability to VAT depends on the driver being registered for VAT.

The Claimant’s stated aim in pursuing this litigation was to obtain a judicial pronouncement on Uber’s liability to account for VAT on the fares charged by drivers using Uber’s platform. Not content with HMRC’s VAT treatment of Uber, the Claimant took the ride in order to give him a cause of action against Uber.

Apprehending that substantial costs may be incurred by Uber to defend itself against a claim that, if successful, would render Uber liable to account for VAT on all rides booked using the Uber platform, the Claimant applied for a PCO to limit his potential liability for costs in the claim to £20,000.

The courts’ jurisdiction to make a PCO

Section 51 of the Senior Courts Act 1981 gives the courts a general jurisdiction to make orders as to litigation costs, subject to any specific legislation or rules of court. Under their general jurisdiction, the courts may in certain circumstances make a PCO in order to allow a claimant of limited means to access justice without the deterrent threat of facing an order for substantial costs.

PCOs differ from costs management orders under CPR 3.15 and from costs capping orders under CPR 3.19. Although these may have a similar effect to PCOs, they are not concerned with access to justice in the public interest, as PCOs are, but rather with the proportionality of costs incurred by the parties to litigation. There are also specific rules for the making of PCOs in judicial review cases under sections 88 and 89 of the Criminal Justice and Courts Act 2015 (CJCA 2015) and CPR 46.16 to 46.19, and for judicial review claims under the Aarhus Convention in relation to environmental matters.

Historically, PCOs have only been awarded in public law actions brought against public authorities and appeals in the Tax Tribunal. In Eweida v British Airways [2009] EWCA Civ 1025 the Court of Appeal stated that a PCO cannot be made in private litigation, but rather only in public law litigation. Eweida was a claim by an employee against her employer. In rejecting the claimant’s application for a PCO in that case, Lloyd LJ said that, so far as he was aware, there was no example of private litigation in which a PCO application had been considered, let alone made.

The governing principles for granting a PCO were laid down by the Court of Appeal in R (Corner House Research) v Secretary of State for Trade and Industry [2005] 1 WLR 2600. For a PCO to be granted, the following criteria must be fulfilled:

It was also held in Corner House that if those acting for the applicant are working pro bono, this is likely to enhance the merits of a PCO application.

The Claimant argued that his claim was of general public importance in seeking to hold HMRC to account for its position on Uber’s VAT position in view of the very large amount of tax potentially at stake. He submitted that this public interest not only satisfied the first two of the Corner House criteria, but was also sufficient to meet the “public law” criterion of Eweida. The Claimant’s position was that the statement in Eweida that “a PCO cannot be made in private litigation” did not require proceedings to be classified as public law litigation properly so-called, but only required that there be a public interest in the resolution of an issue of general public importance.

Uber’s position was that the decision in Eweida was clear and authoritative in precluding the making of a PCO in private litigation, and there was no precedent for making a PCO other than in public law proceedings against public authorities and in the Tax Tribunal.

Regarding the public interest, Uber argued that not every case involving the application of the UK statutory tax code raised issues of “general public importance” which was the requirement in Corner House. Uber also submitted that the public interest did not require the issue of Uber’s VAT liability to be determined in these proceedings, and it was for HRMC, not the Claimant, to enforce the VAT legislation. Uber referred to the decision in IRC v National Federation of Self-Employed and Small Businesses [1982] AC 617 in which Lord Wilberforce stated, as a matter of general principle, the proper functioning of the tax system rests on the fact that taxpayers are able to provide information in the knowledge that it will remain private, and that one taxpayer does not have sufficient interest to complain about or ask the court to investigate the tax affairs of another taxpayer. The Claimant’s argued in response that subsequent case law had relaxed that approach to standing, and that this should be reflected in a relaxation of the public/private divide in respect of PCOs.

Regarding the Corner House requirement that the applicant for a PCO may not have a private interest in the outcome of the case, the Claimant stated that his interest in reclaiming the amount of VAT at stake for him personally was de minimis, and as such should not be a bar to a PCO. Uber did not dispute this. However, Uber pointed to the fact that more than 50% of the Claimant’s funding came from persons and organisations associated with the black cab trade who did have a private commercial interest as Uber’s competitors, and this interest was being promoted through the vehicle of the Claimant’s claim. Uber noted that under s.89 CJCA 2015, the resources and interests of the applicant’s financial supporters are relevant factors in relation to PCOs in judicial review proceedings.

Submissions were also made in relation to the fourth and fifth criteria of Corner House.

Mr William Trower QC sitting as a judge of the High Court dismissed the Claimant’s application, confirming that Eweida was authority for the proposition that a PCO cannot be made in private litigation. The judge stated that the dicta cited by the Claimant did not cast doubt on the authority of Eweida, and in fact confirmed it. Although the court accepted that the case may have been one of public interest, Eweida requires that there is a public law issue to be determined, and this was lacking in this case.

Although unnecessary in the light of its application of Eweida, the High Court proceeded to apply the principles in Corner House. Noting that the first two principles – issues of general public importance and public interest in their resolution – are closely connected, and that R (Buglife: The Invertebrate Conservation Trust) v Thurrock Thames Gateway Development Corp [2008] EWCA Civ 1209 required the principles to be applied flexibly, the court considered them together. The court agreed with Uber that the public interest contemplated by Corner House was aimed at reviewing acts of the executive, not those of private persons. The Claimant’s case was not brought against a public authority, and its direct effect would not be to render Uber liable to account for VAT but only to establish a basis on which HMRC might assess Uber to VAT. The claim itself did not therefore raise issues of general public importance, notwithstanding the indirect consequences that the Claimant professed were the focus of his intention. The court held that it was necessary that the public interest requires the issue to be resolved “in these proceedings”. The fact that responsibility for enforcing the VAT legislation lay with HMRC, and any decision taken by HMRC could be challenged by judicial review, meant that it was not necessary that the issue of Uber’s VAT liability be resolved in these proceedings. The court disagreed with the Claimant that the shift in the courts’ approach to standing should be reflected in its approach to granting a PCO, and noted a “strong countervailing public interest” in matters of tax assessment and enforcement being left for HMRC.

The funding from the black cab trade was also relevant to the application of the fourth Corner House principle, which requires the courts to have regard to the respective financial resources of the parties. The High Court also held that this principle provided protection for private parties facing an application for a PCO, saying that the fact that the defence was being funded by a private commercial organisation seeking to defend its own private commercial interests rather than the taxpayer weighed in the balance against making a PCO.

Finding that the fifth Corner House principle was not satisfied, and the pro bono factor was not present, the High Court concluded that even if a PCO were available in private litigation, it would not have exercised its jurisdiction to make one. 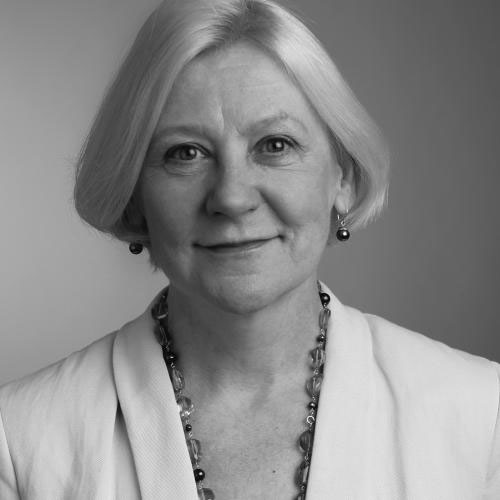 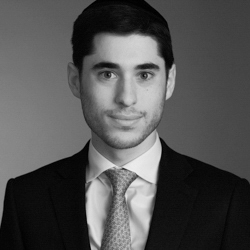