In a recent decision, the Chief Master found that an order requiring a defendant to make any application for strike out by a certain time did not contain an implied sanction. Therefore, the defendant’s retrospective application for an extension of time did not fall to be decided under the strict regime which applies to applications for relief from sanctions: Djurberg v London Borough of Richmond [2019] EWHC 3342 (Ch).

The courts have previously held that sanctions should be implied into certain court rules and orders which do not contain express sanctions – for example where a party sought to file a notice of appeal or respondent’s notice after the relevant deadline had passed (see our blog posts here and here). This has meant that parties in breach of these rules and orders have had to apply for relief from sanctions under CPR 3.9, and the three-stage test established in Denton v TH White Ltd [2014] EWCA Civ 906 (outlined here) has applied. What has been less than clear, however, is how far this principle extends, and when the court will (or will not) imply a sanction into a rule or court order which is silent on the point.

In the present case, in declining to imply a sanction, the Chief Master commented that, in general, sanctions should not be implied unless it is obvious that a sanction was intended. This may provide some comfort to litigants as it suggests that the courts are likely to exercise restraint in implying sanctions for breach of rules and court orders. However, given the continued lack of a clear test as to when a sanction may be implied, this remains an obvious area of risk.

Alex O’Connell-Danes, an associate in the disputes team, considers the decision further below.

The claimant was involved in long running litigation against the defendant, the London Borough of Richmond, in relation to his plot of land on the River Thames. At a case management conference on 7 May 2019, the defendant indicated that it wished to apply to have the claim struck out. The court ordered that any such application must be issued and served by 31 May 2019, and that it should be listed for hearing on 3 September 2019 (at the same time as the claimant’s application to amend the particulars of claim).

At the 3 September hearing it transpired that the defendant had failed to issue an application notice in relation to its strike out application (although it had filed a witness statement, draft order and skeleton argument in support of the application). The defendant therefore had to apply for an extension of time to issue and serve its application.

The High Court (Chief Master Marsh) held that the order did not contain any implied sanction.

The Chief Master noted that it would have been open to the court to impose an express sanction in the 7 May Order, but that it had not done so. He suggested that in such circumstances, the court should not imply a sanction unless it arose by way of necessary implication or it was obvious that the court had intended for there to be a sanction. He commented that the court should not be “over-inclined” to import the sanctions regime unless it was clear that that was intended.

The Chief Master noted that in a number of previous cases the courts have held that a sanction should be implied, such as for a failure to file a notice of appeal or respondent’s notice in time (in R (Hysaj) v SoS for the Home Department [2014] EWCA Civ 1633 and Altomart Ltd v Salford Estates (No. 2) Ltd [2014] EWCA Civ 1408, considered in the blog posts linked above). However, the fact that a rule or order was expressed in mandatory terms (“shall” or “must”) did not in itself mean that a sanction should be implied for breach. The use of mandatory language was characteristic of the drafting of the CPR and did not imply that a party should be required to apply for relief in every instance where such a provision was breached.

The Chief Master concluded that there were no grounds for implying a sanction in relation to the order of 7 May as it amounted to no more than a “routine case management” order.  Although a sanction could be implied into an order where that was obviously intended, it would be rare for the court to reach the threshold for implication, since it would always have been open to the court to impose an express sanction.

The Chief Master went on to grant the defendant’s strike out application on the basis that it was impossible for a fair trial to be concluded, in light of the claimant’s delay in progressing the action. 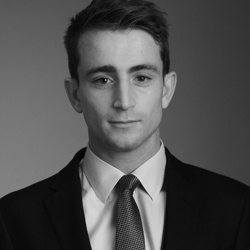