The Court of Appeal has upheld a High Court decision that a claimant’s unilateral decision not to pursue a claim it had commenced for a substantial period of time did not, on the facts of the case, constitute an abuse of process which justified striking out the claim: Aljawharah Bint Ibrahim Abdulaziz Alibrahim v Asturion Fondation [2020] EWCA Civ 32.

The Court of Appeal confirmed that such a decision, sometimes referred to as “warehousing”, may well amount to an abuse of process, but it will not necessarily do so. It will depend on the claimant’s reason for putting the proceedings on hold and the length of the period in question. The decision suggests that a finding of abuse is more likely where the claimant had no intention to bring the claim to trial, but there was no suggestion of that here.

If the court finds that there has been an abuse of process, it must still go on to consider whether it should exercise its discretion to strike out the claim, or whether some lesser sanction (such as tight directions to trial, an unless order or costs orders) may be more appropriate in the circumstances.

The Court of Appeal’s decision emphasises that, where a claimant wishes to put the proceedings on hold, it should obtain the defendant’s consent or the court’s approval to a stay of proceedings. A failure to do so could have far reaching consequences, though a strike-out was avoided in this case.

Alex Lerner, a senior associate in our disputes team, considers the decision further below.

The claimant, Asturion, is a Liechtenstein foundation which was founded to hold and manage certain properties on behalf of King Fahd of Saudi Arabia. The defendant, Ms Alibrahim, is a widow of King Fahd.

Asturion commenced proceedings in April 2015, alleging that a property valued at approximately £28 million had been transferred to Ms Alibrahim for no consideration by a director acting without authority. The parties lodged  agreed directions in February 2016 but, through an oversight, the court did not either make an order embodying those direction or list a case management conference (CMC). That meant that there were no court-imposed deadlines for the taking of subsequent steps in the proceedings.

In subsequent months there was correspondence between the parties regarding potential amendments to the parties’ statements of case and a potential application for security for costs, but from 24 November 2016 there was no activity by either side.

In August 2017, Ms Alibrahim’s solicitors wrote to Asturion asserting that in the circumstances it was clear that Asturion had abandoned its claim and inviting it to discontinue.  Asturion’s solicitors replied that it had not abandoned its claim but that, as the parties had been involved in separate proceedings brought by Ms Alibrahim in Liechtenstein, it was of the opinion that there was “no immediate need to push ahead with directions to trial”. However, as it appeared Ms Alibrahim now wished the action to be progressed, it would write to the court and request that directions be approved or a CMC listed.

Ms Alibrahim applied to strike out the claim on the ground of abuse of process. The Master concluded  that Asturion had taken a unilateral decision to place the proceedings on hold for a substantial period of time. This amounted to warehousing and was an abuse of process that justified striking out the claim.

The Master’s decision was overturned on Asturion’s appeal to the High Court (Cooke J). Ms Alibrahim appealed to the Court of Appeal.

The Court of Appeal dismissed the appeal. Lord Justice Arnold gave the leading judgment, with which Lord Justice Leggatt and the Senior President of the Tribunals agreed.

When will “warehousing” constitute an abuse of process?

Counsel for Ms Alibrahim submitted that it is always an abuse of process for a claimant unilaterally (ie without either the consent of the defendant or the approval of the court) to decide not to pursue its claim for any period which is more than insignificant. Asturion accepted that if a claimant had no intention to pursue its claim to trial, that would generally be an abuse of process; however, it submitted that it would not be an abuse if the claimant always intended to pursue the claim but decided temporarily to pause its progress for reasons legitimately connected with the claim.

Arnold LJ said that the starting point of any analysis was that a mere delay in pursuing a claim, however inordinate and inexcusable, did not without more constitute an abuse of process (Icebird Ltd v Winegardner [2009] UKPC 24).

In his judgment, the cases showed that a unilateral decision by a claimant not to pursue its claim for a substantial period of time, while maintaining an intention to pursue it at a later juncture, may well constitute an abuse of process, but does not necessarily do so. What matters is the reason why the claimant decided to put the proceedings on hold, and on the strength of that reason, objectively considered, having regard to the length of the period in question.

A claimant who wishes to obtain a stay of proceedings for a period of time should, he said, seek the defendant’s consent or, failing that, apply to the court. Importantly, however, it is not the law that a failure to obtain the consent of the other party or the approval of the court to putting the claim on hold automatically renders a claimant’s conduct abusive.

How does an application to strike out for abuse by “warehousing” fall to be determined?

Arnold LJ found that the court should apply a two-stage test in analysing an application to strike out on the ground of abuse of process by “warehousing”. First, the court should determine whether a claimant’s conduct was an abuse of process. If so, the court should then exercise its discretion as to whether to strike out the claim. This approach was supported by the structure of CPR rule 3.4(2)(b), which provides that the court “may” strike out a statement of case if it “is an abuse of the court’s process”. It was not therefore necessary for the court to take the additional step, suggested by counsel for Ms Alibrahim, of deciding whether the claimant’s abuse was sufficiently serious to entitle it to strike out the claim, as a stepping stone between the first and second stages of the test.

Conclusions on the facts of the case

In Arnold LJ’s judgment, it was clear that the Master had misdirected himself as to the law in a number of respects, including that he had failed to recognise this was not a case where the claimant had no intention ever to bring the claim to trial. The Master wrongly equated such a case with one where, as here, the claimant intended to bring the claim to trial but decided temporarily to pause it. That was an error of law. Cooke J had therefore been entitled to set aside the Master’s order and consider the matter afresh.

Cooke J had been entitled to conclude that Asturion’s conduct was not an abuse of process, on the basis that Asturion’s reason for not pursuing the claim for 10 months was a reasonable one. Asturion should have sought a stay, rather than taking a unilateral decision to pause the proceedings, but that did not necessarily lead to the conclusion that its conduct was an abuse of process.

Even if Cooke J had been wrong to conclude that there was no abuse of process, the question would remain as to whether he was entitled to exercise his discretion not to strike out the claim. Cooke J had held that, even if Asturion’s conduct had amounted to an abuse of process, it was of a relatively minor nature and did not justify the sanction of striking out. In Arnold LJ’s judgment, he was fully entitled to take that view. There were lesser sanctions available to the court which would have been more proportionate in such circumstances. For example, the court could have imposed tight directions to trial, including unless orders against Asturion, and it could have imposed a costs sanction. 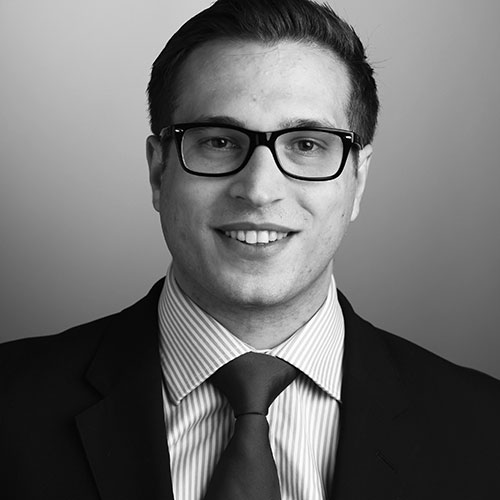