COVID-19 pressure points: Will this be a valid basis for avoiding contractual obligations?

With the continuing rise in the number of cases of COVID-19 worldwide declared to be a pandemic by WHO, in addition to obvious implications of the outbreak for individuals, businesses are likely to be exposed to a heightened risk of legal implications arising across their supply chain.

(Note: This is a revised version of our article published on 3 March, which we have updated in light of the developing situation.)

As well as the signiﬁcant human cost, the economic cost is mounting. The virus will ultimately impact almost every sector due to supply chain issues and suppressed demand resulting from uncertainty, travel restrictions and general disruption to ‘business as usual’. This is reﬂected in the performance of the global ﬁnancial markets, which have suﬀered signiﬁcant losses since the outbreak of the virus, the quickly dropping oil prices and the recent surge in the price of gold, reﬂecting investor nervousness.

We expect to see (and, in some instances, have already seen) businesses exposed to a heightened risk of legal implications arising across their supply chain.

Parties may also cite COVID-19 as a basis for renegotiation of price or other key contractual provisions (eg volume of materials exported from or imported into aﬀected areas due to shifts in supply and demand).

The spread of COVID-19 may also trigger conﬂict with other legal obligations, such as employers reconciling the steps they need to take to ensure business continuity with their duty of care towards their employees.

English law oﬀers a limited range of remedies for avoiding contractual obligations where a contract becomes diﬃcult or impossible to perform. Two such remedies are (1) the common law doctrine of frustration; and (2) the presence of a contractual force majeure clause.

At common law the doctrine of frustration will operate to terminate a contract automatically when a subsequent event occurs, which is (1) unexpected; (2) beyond the control of the parties; and (3) makes performance impossible, or renders the relevant obligations radically diﬀerent from those contemplated by the parties at the time of contracting.

In a 2003 SARs epidemic-related case Li Ching Wing v Xuan Yi Xiong [2004] 1 HKLRD 754, a Hong Kong court rejected a tenant’s claim that a tenancy agreement was frustrated because the premises were aﬀected by an isolation order by the Department of Health due to the outbreak of SARS, which meant that it could not be inhabited for 10 days. The court held that a 10 day period was insigniﬁcant in view of the two-year duration of the lease, and that whilst SARS was arguably an unforeseeable event, it did not “signiﬁcantly change the nature of the outstanding contractual rights or obligations” of the parties in the case.

However, that is not to say that an epidemic or pandemic, or events associated with it, cannot amount to frustration. No doubt they can, so long as they render performance impossible or illegal or “radically different”. Given the dramatic impact of the Covid-19 pandemic, there would appear to be scope for the doctrine of frustration to apply in many cases, depending on all the circumstances.

A party might seek to argue one or more of the following established grounds operate to found a claim that a contract has been frustrated by the COVID-19 outbreak:

It is possible to see how parties might seek to make these sorts of arguments given the scale and impact of the virus in many countries. Ultimately, whether a party would be successful before the English courts would depend on the facts of the case, including as to whether in the particular circumstances performance is rendered impossible or radically diﬀerent from what was envisaged. It is important to keep in mind that the courts have tended to apply the doctrine of frustration narrowly, emphasising that it is not likely to be invoked to allow a contracting party to escape from what has turned out to be a bad bargain.

If successful, the eﬀect of frustration is automatic termination of the contract. The Law Reform (Frustrated Contracts) Act 1943 provides that parties are able to recover monies paid under the contract before it was discharged (subject to an allowance for expenses incurred by the other party at the court’s discretion).

As a practical matter, given the limited applicability of the doctrine of frustration, parties will often include a force majeure clause in their contracts. Such clauses excuse one (or both) parties to a contract from performance of their obligations following the occurrence of unexpected events or circumstances which are outside of that party’s control.

A typical force majeure clause will provide that a party is excused where it is prevented (or hindered or delayed) from performing its obligations due to the occurrence of an event beyond the reasonable control of the parties. The contract may include a list of such events, by way of example or exhaustively, eg an Act of God, war or conﬂict. Where the clause sets out a list of events, it may well include a pandemic, typically by reference to classification by the World Health Organisation (and of course COVID-19 has been classified as such). Other common categories of force majeure event that may be triggered by the COVID-19 crisis in particular circumstances include changes in law or regulation, acts of governmental authorities, the restriction or suspension of licences etc, and delays in transportation or communications. In any event, if (as is typical) there is a general “wrap-up” provision for events beyond a party’s control, the COVID-19 pandemic could trigger the clause even if it is not covered by any of the specific categories listed. What is covered will therefore depend on the precise drafting of the clause.

As an example, the China Council for the Promotion of International Trade (CCPIT), a quasi-governmental foreign trade and investment promotion agency, has encouraged businesses that have failed to perform on time or failed to fulﬁl an obligation in an international trade contract, to apply for a “force majeure certiﬁcate”. These seek to “exonerate[] companies from not performing or partially performing contractual duties by proving they are suﬀering from circumstances beyond their control, which can prove that there were objective facts such as delayed resumption of work, traﬃc control, and restricted dispatch of labor personnel.” The CCPIT has reportedly issued over 1,600 such certiﬁcates, seeking to shield Chinese companies from legal claims.

However, whilst such a certiﬁcate may assist evidentially, it will not automatically trigger force majeure contractual provisions. Indeed, a number of international businesses have reportedly already rejected such certiﬁcates from Chinese importers seeking relief from taking delivery of liqueﬁed natural gas cargoes.

Whether a party would be successful before the English courts will ultimately depend on the impact of COVID-19 on the performance of the contractual obligations; and the precise wording of the contract and speciﬁc force majeure clause (eg as to whether the relevant triggering event must “prevent” performance or meet the lower standard of “hinder” or “delay”). Given the fact-speciﬁc nature, this is likely to result in disputes.

It is important to note that a change in economic or market circumstances which makes the contract less profitable or performance more onerous is not generally regarded as sufficient to trigger a force majeure clause. So if, despite the COVID-19 pandemic, both parties remain able to fulfil their contractual obligations, the situation will not be one of force majeure, even if the contract has become less profitable for one of the parties perhaps because of market circumstances resulting from the pandemic. If however a party is prevented from performing, eg because of emergency legislation introduced to deal with the pandemic, this may well lead to a valid claim of force majeure.

Depending on how it is drafted, successful reliance on a force majeure clause may have some of all of the following consequences:

Other consequences for contracts

COVID-19 may also give rise to attempts by counterparties to invoke other contractual provisions, for example:

The termination clause may also specify particular consequences of termination. For example, it may provide for the return (or retention) of any advance payments, and may include a liquidated damages provision or a limitation or exclusion clause.

Regardless of whether the contract contains express termination provisions, a party may be entitled to terminate under the common law as a result of the counterparty’s breach.

There will be a right to terminate if the counterparty is in repudiatory breach of contract (ie if the effect of the breach is to deprive the innocent party of substantially the whole benefit of the contract) or has clearly demonstrated an intention not to perform the contract in some essential respect.

Other consequences for businesses

COVID-19 may also have the following consequences for businesses, potentially also giving rise to conﬂict with their contractual obligations: 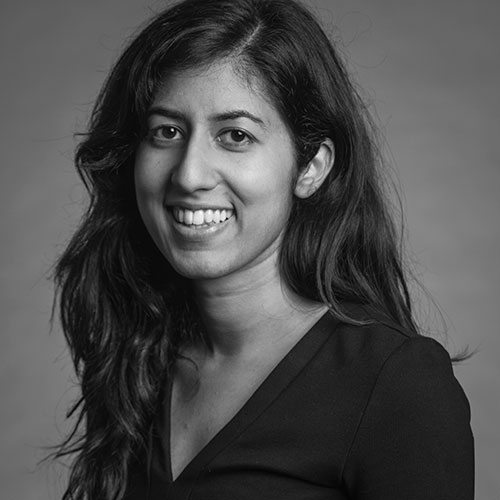