COVID-19: The evolving picture for remote hearings in the English courts

In our post last Friday, we outlined how the courts were adapting to the challenges posed by the Covid-19 crisis, and in particular the announcement from the Lord Chief Justice that hearings would be held remotely where possible. Since then events have moved quickly, with the Prime Minister’s announcement earlier this week essentially putting the UK in lockdown. That has led to a rapidly evolving picture as to whether and when court hearings will be held and in what form. Below we summarise where things appear to stand at the moment.

What is clear is that very few, if any, hearings in civil cases are being held face-to-face. The courts service has set up a new web page which provides a helpful summary of the courts’ operational position during the pandemic, which is to be updated by 9am daily.

Today’s update emphasises that the courts are avoiding physical hearings and arranging remote hearings wherever possible. However, it also states, rather starkly: “High Court and Court of Appeal are only covering urgent work”. That appears to indicate a change of tone from previous messages which suggested that court business would continue, albeit remotely, including for final hearings and hearings with contested evidence – though of course some adjournments would be inevitable.

The update does also note that the courts are “looking at how we prioritise work and deliver essential services over the coming weeks”, and so hopefully any restriction to dealing with urgent work only will be short-lived. And there may also be some ambiguity as to what is meant by urgent work in this context. It is of course understandable that the courts will be prioritising more urgent matters in current circumstances, but it is hoped that ordinary business is not allowed to grind to a halt during what could be a significant period of disruption caused by the pandemic.

The Lord Chief Justice’s message to the judiciary, which we reported on last week, noted that in the current crisis: “Many more procedural matters may be resolved on paper within the rules”. It seems, however, there are limits to the courts’ willingness to move to determining matters on the papers.

In a Chancery case reported on Lawtel this morning, Conversant Wireless Licensing SARL v Huawei Technologies Co Ltd (Judge Hacon, 25 March 2020), the court rejected the claimant’s legal team’s suggestion that a trial concerning FRAND licenses could be conducted largely on the papers, with brief Skype hearings only for the purpose of dealing with any questions the judge had after reviewing written submissions and evidence.

Although the legal team was “commended” for suggesting an alternative way forward, the judge said that, at present, neither the CPR nor the Lord Chief Justice’s or Chancellor’s guidance permitted the trial to be conducted in that way. There were issues which required cross-examination, and significant costs involved. Accordingly, the trial was adjourned, with the parties given permission to seek a new trial date on the first available date after 1 October 2020.

A new Practice Direction (PD) 51Y was introduced yesterday, with immediate effect, in relation to video or audio hearings during the Coronavirus pandemic. The changes are to:

The Civil Procedure Rule Committee also sent out a message yesterday saying that “CPR Updates in response to the COVID-19 outbreak remain under urgent consideration” and are likely to be made at short notice. 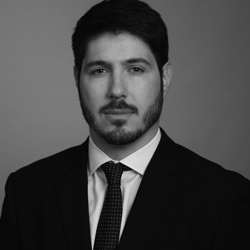 One comment on “COVID-19: The evolving picture for remote hearings in the English courts”