Unjust enrichment: High Court finds claimant entitled to restitution of the value of services provided in anticipation of a contract

The High Court has held that a supplier of soft toys was entitled to restitution of the value of the services it had provided to a toy designer, in anticipation of a contract to mass produce the developed toy. The judge further found that a claim in restitution for services provided in anticipation of a contract, unless such services are provided gratuitously or in such a way that indicates they were provided speculatively and at the provider’s risk, may still succeed “even if the idea of an enduring benefit to the defendant is essentially a fictional one”: Dowman Imports Ltd v 2 Toobz Ltd [2020] EWHC 291 (Comm).

Although the decision does not establish new legal principles, it illustrates that the absence of a concluded contract will not necessarily preclude a remedy where a party has performed services for the defendant – in particular where the defendant requested the services or accepted them when offered, knowing that such services were not intended to be given freely.

The claimant, Dowman Imports Ltd, is a supplier of soft toys. The claimant’s business also extended to procuring the manufacture of these toys through a factory in Shanghai, run by Shanghai Jin Wei Gifts Co Ltd (“SJWG”). The claimant owns a 30% stake in the factory and the claimant’s sole director is also a director of SJWG.

The defendant, 2 Toobz Ltd, is a designer of soft toys. The defendant was incorporated in 2008, after successfully patenting a concept for a new toy in the UK and US. The defendant sought to create a range of these toys known as “Bush Babies”.

The claimant’s case was that, for a period of 20 months from 2014 to 2016, it had worked on the development of these toys, under the instruction of the defendant, in order to take the toy design from handmade samples to market-ready products. This was on the understanding that in return for such development services the claimant would be appointed as manufacturer of the Bush Babies. However, from September 2016, the defendant entered into merchandising deals with another company, Golden Bear Products Ltd (“Golden Bears”), and did not appoint the claimant as the product manufacturer. The claimant therefore sought restitution of the value of the development services provided to the defendant.

The defendant counterclaimed in relation to the supply of around 2000 allegedly defective Bush Babies by the claimant in December 2015.

The court (HHJ Russen QC sitting as a High Court judge) held that the claimant was entitled to restitution of the value of the services it had provided to the defendant. The defendant’s counterclaim was dismissed.

The court followed Benedetti v Sawiris [2013] UKSC 50 in considering the following four questions relevant to a claim in unjust enrichment:

It further applied the following five propositions relevant to a restitutionary claim based on the provision of services, as set out in MSM Consulting Ltd v Tanzania [2009] EWHC 121 (QB):

The defendant argued that the development work undertaken by the claimant had no intrinsic financial value, nor did it benefit the claimant. However, the judge found that a claim in restitution for services provided in anticipation of a contract, unless such services are provided gratuitously or in such a way that indicates they were provided speculatively and at the provider’s risk, “may still succeed even if the idea of an enduring benefit to the defendant is essentially a fictional one”. The judge rejected the defendant’s submission that the service provided by the claimant needs to be an end in itself, not merely a means to an end.

The judge noted that that this type of restitutionary claim necessarily involves an acceptance that the parties were proceeding in a position of uncertainty and a situation where a contract was anticipated but not yet concluded. As such, if a claimant’s involvement in the inevitable uncertainty (or degree of speculation) over the contract’s conclusion was enough to defeat a claim in restitution, without considering the extent of the claimant’s appetite in a gamble that may not pay off, then this category of unjust enrichment claim would probably not exist. The question was whether or not all of the claimant’s efforts should be treated as being part of that gamble, which required careful consideration of the circumstances.

Application to the facts

The judge found that the claimant had made out its claim in restitution.

The defendant had had significant input in the development of the toy, samples of which were eventually shown to Golden Bears. The judge found that the defendant had encouraged and accepted the claimant’s development services to advance the toy concept, and had been demanding on the claimant’s, and the factory’s, time and resources. The judge therefore found that the claimant clearly fell within the third proposition set out in MSM Consulting (above), and that the claimant should not be treated as having taken the risk of going largely unrewarded for its efforts, simply because no production contract was agreed. The defendant was also found to have behaved unconscionably in seeking to deny the claimant’s claim simply because no contract had been concluded between them.

The defendant’s counterclaim was dismissed. The judge held that it had been clearly understood that the claimant’s fulfilment of the initial order (of around 2000 sample Bush Babies) was part of the ongoing design process with a view to making the toy suitable for mass production, rather than the samples being intended for re-sale. 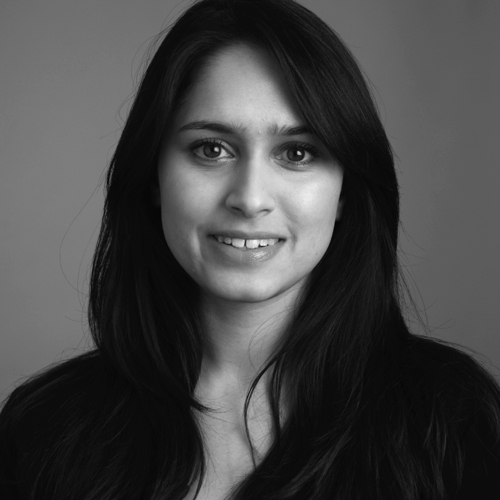