Although the indemnity did not expressly state that “Pre-Completion Damage” was limited to damage occurring after the agreement was signed, the court found that this was the clear interpretation of the clause based on a textual analysis including the tense used. On the facts, the cables had failed as a result of ongoing corrosion, and no relevant “damage” for the purposes of the indemnity had occurred between signing and completion.

As well as giving a useful illustration of how the courts will approach the interpretation of an indemnity in a business sale agreement, the decision reinforces that careful consideration is required when drafting indemnities to ensure that there is absolute certainty in what the indemnity is intended to cover. In particular, there should be no room for doubt as to whether an indemnity is intended to cover the pre-signing period, the period between signing and completion, or both.

The claimant agreed to acquire four subsea export cables from the defendants pursuant to a sale and purchase agreement (the SPA) which was signed on 11 February 2015 and completed on 17 February 2015.

Less than two weeks after completion, one of the cables failed. Later that year, in September, a second cable failed. The cause of the failure was found to be damage to part of the polyethylene sheath during the manufacturing or assembly process, which had allowed water to corrode the cables for months or years prior to their failure.

The claimant undertook repairs to the cables at a cost of £15 million. It sought to recover those costs from the defendants, claiming under the following indemnity in the SPA:

The clause also included a procedure under which the claimant, on becoming aware  of any Pre-Completion Damage, had to notify the defendants of it, grant them access to examine the damage, and given them the opportunity to either make good the damage or permit the claimant to replace the asset in question (“the Procedure”).

The defendants denied the claim, contending that:

The defendants further contended that, if the Indemnity as drafted did extend to damage to the cables prior to execution of the SPA, the SPA should be rectified to amend the Indemnity to refer explicitly to the period between signing and completion.

The court found that the wording of the Indemnity, viewed in the broader context of the SPA, supported the defendants’ case that the Indemnity related only to the period between signing and completion.

It was common ground that the SPA was to be interpreted in accordance with the well-recognised principles set out in recent Supreme Court decisions, including Wood v Capita Insurance Services Ltd [2017] UKSC 24 (considered here). In that case the court emphasised that interpretation is a unitary exercise, involving both a textual and a contextual analysis, and the weight to be given to each will be affected by the nature, formality and quality of the drafting of the contract.

The claimant submitted that the SPA should be interpreted principally by a textual analysis, as it was “a detailed and complex contract negotiated over several years with professional assistance”, and that limited regard should be had to the background or “factual matrix”. However, the judge commented that provisions in such contracts can nevertheless lack clarity. It is still necessary to consider the background as known to both parties at the time of contracting, while recognising that the text of the contract has particular and potentially decisive weight in relation to a contract such as the SPA.

Starting with a textual analysis of the Indemnity, the judge accepted that the phrase “prior to Completion” was not combined with an expressly identified starting point. However, it was necessary to consider the sentence as a whole, and in particular the tense used, in determining the timeframe of the Indemnity. The Indemnity stated “if any of the Assets are destroyed or damaged prior to Completion”, as opposed to “if any of the Assets have been destroyed or damaged…”. On its face, that wording did not include the period prior to signing of the SPA.

That interpretation was reinforced by the other provisions of the SPA. Warranties (given at signing) referred to the time prior to signing, therefore necessitating the Indemnity specifically to cover the period between signing and completion – when the claimant was obliged to purchase the assets, but did not have title. Indeed, the court found that the existence of a warranty covering the same matters as the Indemnity in question was a powerful indicator that the Indemnity did not extend beyond the period between signing of the SPA and completion.

The claimant had based its claim on the wording of the SPA, and as the court had not accepted its arguments, it was not strictly necessary to consider the defendants’ arguments based on the factual matrix. However, it did so briefly, concluding that none assisted in interpretation of the SPA in the current case.

Having found that damage prior to signing would not be covered by the Indemnity, the court considered the corrosion which may have occurred between signing and completion, but found that this did not constitute ”damage” within the wording of the Indemnity.

Examples of the interpretation of ”damage” from construction and insurance case law were found only to offer general guidance. The term had to be interpreted in the specific context in which it was used in the SPA. The court rejected the defendants’ submission that the clause applied only to entirely new damage, or damage caused by an external event. However, it found that the Indemnity, as drafted, required the damage “to be patent, in the sense of being readily observable or discoverable”, and to have adversely affected the performance of the cables. There was no reason to believe that corrosion during the six days between signing and completion was in itself sufficient to impair the value or usefulness of either cable.

Compliance with the Procedure

The court held that a failure to follow the Procedure would not have precluded a claim under the Indemnity because: (i) the Procedure was not drafted as a condition precedent to a claim, which was not surprising as circumstances might arise such that it would not be possible or practical to follow the Procedure before incurring costs on urgent repair work that should be recoverable under the Indemnity; and (ii) in any event, the claimant was not aware that the failure of the cables was (on its case) due to Pre-Completion Damage until the work had been carried out and it had incurred the relevant costs.

Given the court had found in favour of the defendants, it was not necessary to consider the counterclaim for rectification . However, the court concluded that, if its interpretation of the Indemnity was wrong, the Developer would in any event have been entitled to an order for rectification to reflect the intention of the parties at the time of contracting. 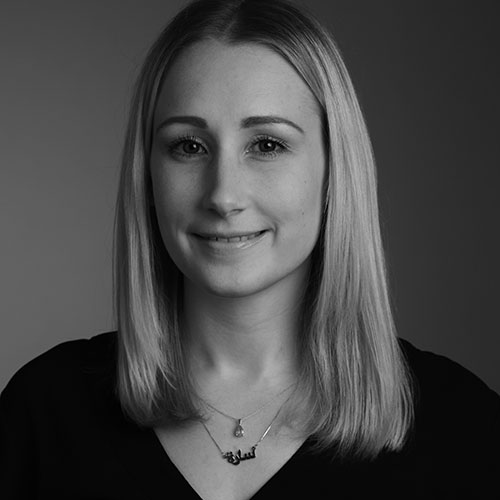